Internationally recognized as the most forward looking concept in the world. 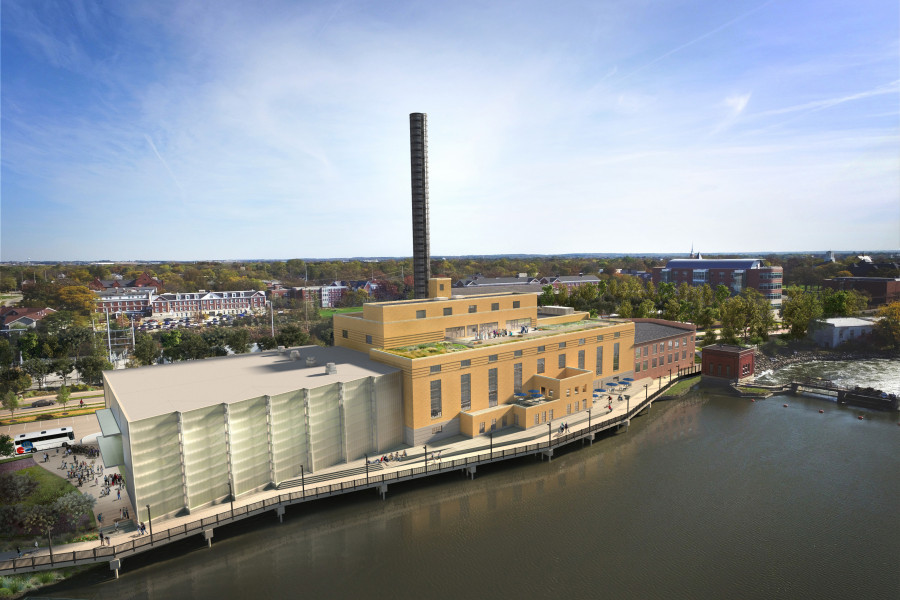 An aerial view of the Powerhouse seen from the river side, looking towards campus. 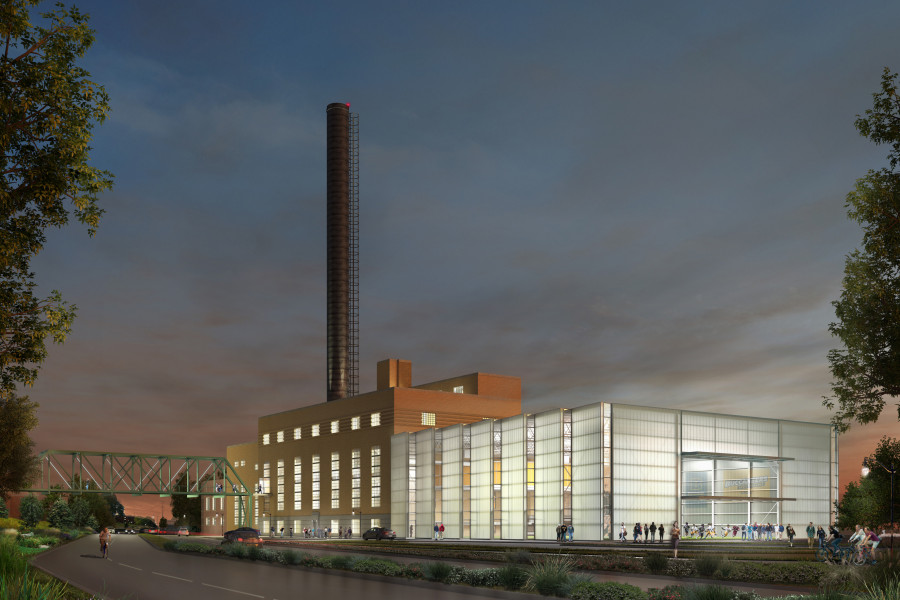 The Powerhouse seen from the road, looking towards the field house. 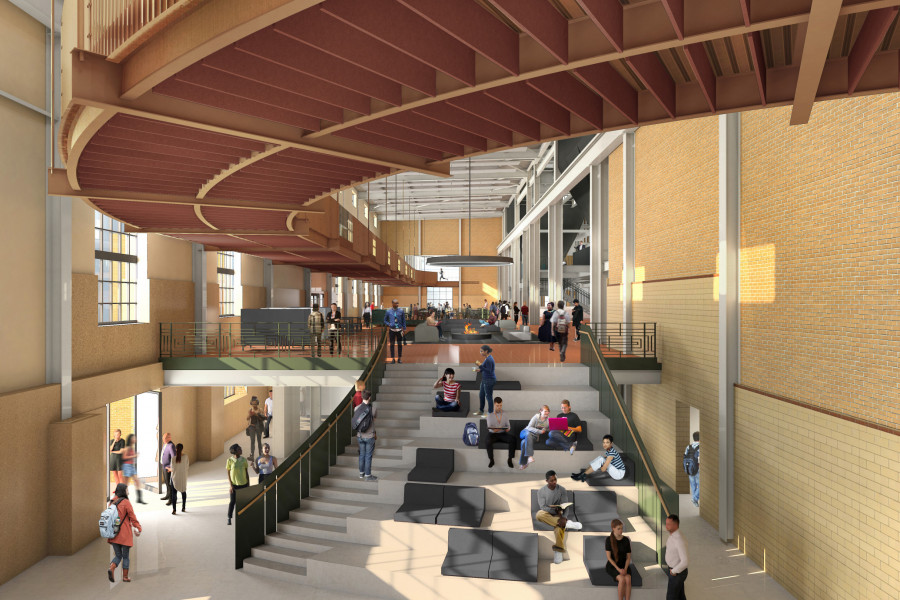 Inside the Powerhouse with the running track above. 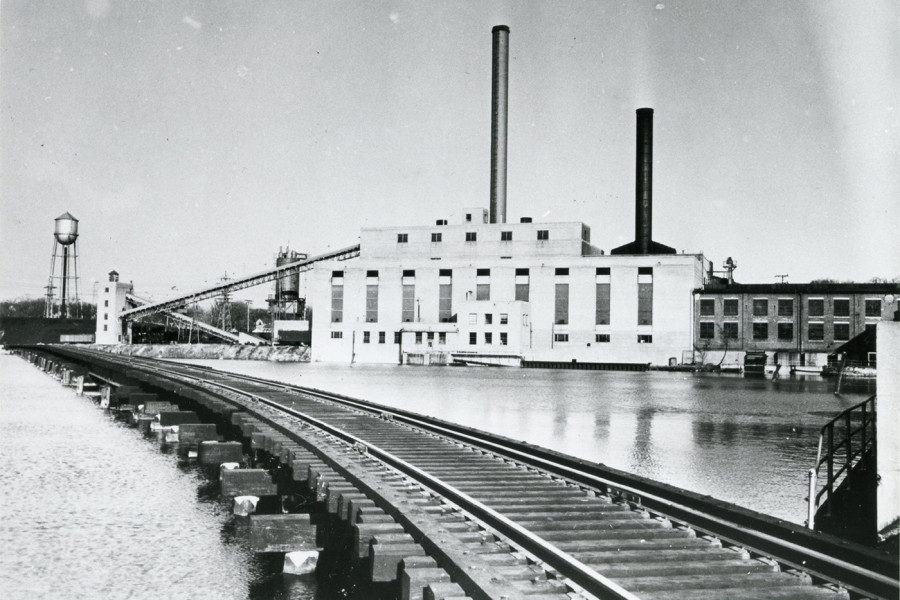 An historical photograph of the Powerhouse 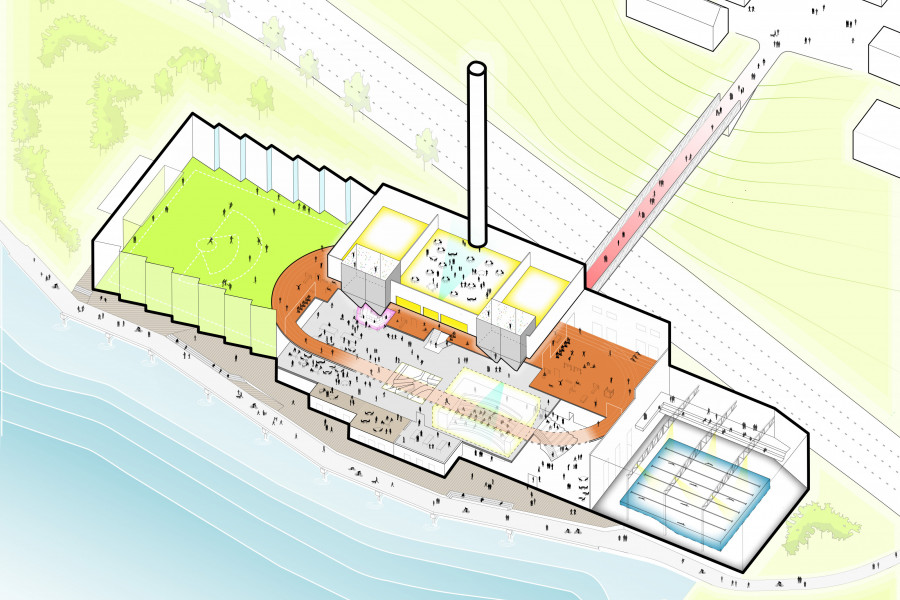 A cut-away sketch of the the different spaces in the Powerhouse.

An old postcard featuring the Powerhouse

The Powerhouse is a $38 million project that repurposes the decommissioned Blackhawk Generating Station on the Rock River into a 120,000-square-foot student center in every sense of the phrase.

A glorious 21st century use for a quintessentially 20th century facility, the building will provide a spectacular space for the community to come together to work, train, eat, and play. It will be a showcase of sustainable design and be housed in one of the state’s most important historic buildings, tying the college and the city of Beloit closer to the Rock River. The Powerhouse will be a first-of-its-kind facility in the country—one that interlaces student life spaces with recreational facilities, further connects campus with the community, and preserves history while looking to the future.

Smart, innovative, historic, economical, unique. How Beloitish is that?

Throughout most of the last century, it was spaces like the Smith Student Union where faculty and students, the studious and the not-so-studious, mingled and worked together. A central gathering space has been missing from campus for more than 30 years. That’s about to change.

More than a student union and an athletic facility.

The World Architecture Festival has just awarded the Beloit College Powerhouse the top overall prize among its 2018 Future Projects.

The Powerhouse project is a first-of-its-kind facility in Beloit that interlaces student life spaces with recreational facilities. It connects campus with community and completes the city’s redevelopment efforts to the north and south while providing the college’s first site on the Rock River.

The Beloit Powerhouse reached another milestone: the pedestrian bridge was installed.