HomeLogan Museum of Anthropology About the Museum

The Logan Museum is proud to be one of two academic museums in Wisconsin accredited by the American Alliance of Museums. 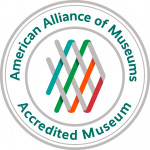 The Logan Museum of Anthropology is a teaching museum that engages the Beloit College community in learning about the world’s cultures, anthropology, and museology. Through our collections and programs, we foster the integration of knowledge and experience to enrich liberal learning.

The museums of Beloit College were born in 1848, when Rev. Stephen Peet, one of the founders of the College, donated his mineral collection, which became the nucleus of the College’s “Cabinet.” It was common practice in the 1840s for Eastern Colleges to develop geology and natural history cabinets of specimens to augment textbooks. Beloit College was no exception to this trend. The Cabinet collection was housed in Middle College from 1849 to 1869.

The collection moved to Memorial Hall when that building was completed in 1869. Memorial Hall was built to commemorate the men of Beloit who perished in the Civil War. By the 1890s the Cabinet collection had grown to contain more than 4,000 specimens, including 900 mounted animal specimens. In 1893 the Cabinet collection was moved to Pearsons Hall of Science. It remained there until 1903 when it was dispersed to appropriate departments on campus. 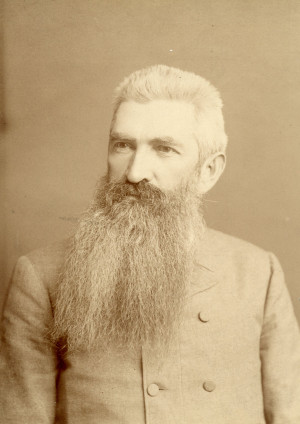 A native of Amherst, Massachusetts, Horatio Nelson Rust was a lifelong antiquarian and amateur archaeologist. He began collecting archaeological and ethnographic items as a traveling salesman on the East Coast. He accepted artifacts for trade or payment and he soon took contracts for the sale or collection of artifacts from institutions in the East including the Peabody Museum and Smithsonian Institution. During the Civil War, he served as a medical volunteer and became involved in anti-slavery, benevolent, and intellectual societies. Rust moved to California in the 1880s where he served as the United States Indian Agent.

Rust sold portions of his collection at various times to several museums. In 1892, he sold around 3,000 artifacts to Frank Granger Logan for $15,000. Logan secured a job for Rust at the World’s Columbian Exposition of 1893 in Chicago. There, Rust designed several exhibitions using the Logan-Rust Collection that focused on the “evolution of domestic arts.” The Collection received an award for the best archaeological exhibit. The Logan-Rust Collection was formally accepted by the College in 1894 with the promise that “the museum doors will be thrown open to the student body.”

This collection was the founding collection of the Logan Museum of Anthropology and helped to establish Beloit College as a center for undergraduate teaching and research in anthropology. 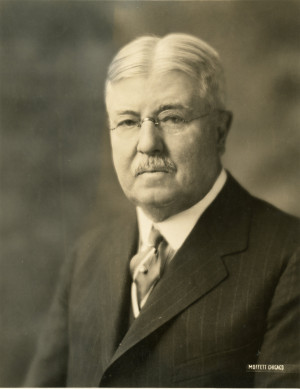 In 1892 Frank Logan, a wealthy Chicago grain merchant, purchased a collection of around 3,000 Native American archaeological and ethnographic objects for $15,000. Logan bought the collection from Horatio Nelson Rust, a traveling salesman, Indian agent, and collector of Native American antiquities. Logan arranged for Rust to exhibit the collection for him at Chicago’s 1893 World Columbian Exposition, where it was exhibited in the Anthropology Building. The Collection was awarded the first prize among the archaeological exhibits.

Frank Logan and his wife, Josephine Hancock Logan, became interested in Beloit College through their friend and minister, Dr. Frank Gunsaulus, a Congregational minister in Chicago and a frequent visitor to Beloit College where he lectured in history in 1887-88. In 1893 Frank Logan was appointed to the Beloit College Board of Trustees, and he donated the Rust Collection the same year. The College formally accepted the Rust-Logan Collection at the semi-annual meeting of the Board of Trustees on January 15, 1894. 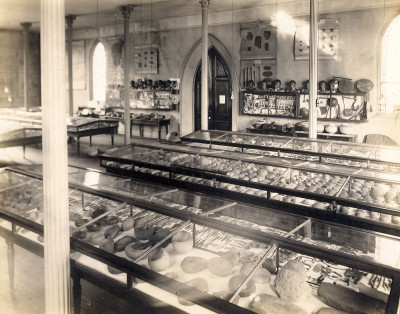 “The Museum in the School” 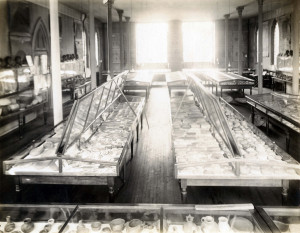 In 1956 the Logan Museum’s former Director Andrew Whiteford wrote an article entitled “The Museum in the School’s,” which appeared in the journal American Anthropologist. This aptly titled article explains that promoting engaged learning about cultures has formed the primary focus and intent of the museum since its inception in 1893. The founder of the museum, Frank Logan, insisted on the educational use of the collections, and desired to see the artifacts utilized in teaching students about “primitive life.” By 1923 laboratory and classroom spaces were added to the Museum to provide teaching facilities. In 1924 Logan established the George Collie Foundation in Anthropology as a tribute to the founding of the College’s Department of Anthropology and George Collie being named as its Chair. The Logan Museum has been intimately connected to the Anthropology Department and faculty positions often involved curatorial and directorial appointments.

With the establishment of the Museum Studies minor in 1982-83, the Museum’s role as a teaching museum was expanded even further. Beloit College students are still actively involved in field expeditions, research on the collections, and the development and installation of museum exhibitions, both at the Logan Museum and the Wright Museum of Art.

The early display style of the Logan Museum retained the Victorian era typological style with objects arranged by type and exhibits devoid of cultural context. The Museum’s collecting aim in the 1920s echoed the evolutionary paradigm of the typological displays. The first curator, George Collie, and first assistant curator, Alonzo Pond, conducted fieldwork in France and Algeria in hopes of identifying the location of the origin of man. Their efforts generated the Museum’s substantial collections of Paleolithic and Neolithic material.

Displaying Culture at the Logan Museum 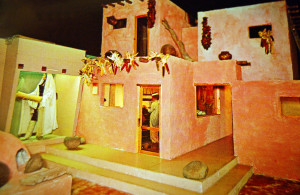 The display style remained fairly consistent until the early 1950s when the Logan Museum acquired vertical display cases from the Milwaukee Public Museum. The new cases supplied space for more comprehensive and contextual exhibits. The 1950s also witnessed the first dioramas at the Logan Museum. Paleolithic rock art replicas were painted in the basement “cave” exhibit, and by 1957, a life-sized Plains Indian teepee was installed on the second floor. In 1962 Andrew Whiteford completed a nearly life-sized diorama of a four-unit Hopi Pueblo. Starting in the late 1980s exhibitions were modernized in keeping with changes in the museum community. Representations juxtaposed both historic and contemporary cultural contexts. In 1990 the Pueblo diorama was updated to include a contemporary room, complete with television and modern furnishings. 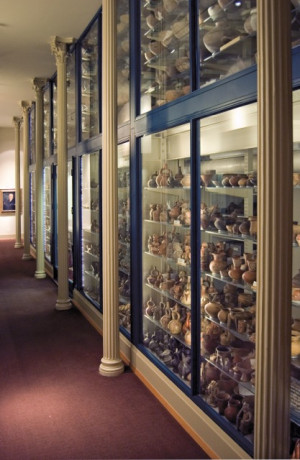 First floor Logan Museum after renovations and installation of the “cube.”

The 1993-1995 renovation of the Logan Museum incorporated significant changes in architectural and display style. The dioramas and vertical cases were replaced by a two-story glass cube that interestingly enough harkens back to the typological display style of the late 1890s.

The “cube” simultaneously stores and exhibits Central and South American Pre-columbian pottery, Southwestern North American prehistoric pottery, and an extensive collection of Native American baskets making hundreds of objects visually accessible. The cube was fitted with fiber optic lighting to balance preservation with an exhibition, and the entire museum was equipped with sophisticated temperature and relative humidity control systems in all exhibition and storage spaces.

The stairway leading to the second-floor gallery displays four paintings by Elmer C. Winterberg, completed in 1935 for the Logan Museum. The paintings depict Navajo woman weaving, Akimel O’odham (Pima) people gathering the fruit of the saguaro cactus, the Acoma Pueblo, and a Hopi Pueblo snake dance. Two large marble plaques memorializing members of the Beloit community who perished in the Civil War are displayed in the foyer leading to the second-floor stairway.