Business and civic leader Edwin C. Bruning, who served as an active member of the Beloit College board of trustees for more than 40 years, died on June 20, 2019, at age 89. 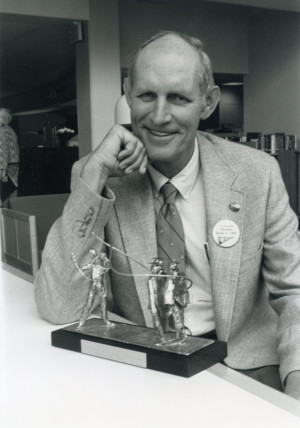 Edwin C. Bruning, Beloit College TrusteeBruning was a strong advocate for Beloit College, having first become familiar with campus in the 1960s, while visiting Paul Bruning’63, his brother. In 1965, Ed Bruning was invited to meet with Miller Upton, Beloit’s sixth college president. Their ensuing friendship laid the groundwork for his dedication to Beloit and its mission, and he joined the board that same year. He was named a life trustee in 2000.

“With me, it’s simply a love affair,” he said about the college in 2006, when he and his wife, Joan, were featured in the college’s campaign newsletter. “[Beloit] is one of my favorite places on planet earth, and I’ve met so many wonderful Beloit people. They’ve come together in numerous and varying combinations through the years to help the college become a better place for students.”

Bruning was an early-career vice president for the Addressograph-Multigraph Corporation, which merged with the Charles Bruning Company, and was known for its blueprint and copying machines. He retired as chairman of Northwest Suburban Bancorp Inc., a privately held institution and holding company for a group of subsidiary banks in the northwest suburbs of Chicago.

Bruning was cited for his wisdom and guidance when he received an honorary Doctor of Humane Letters degree from Beloit College in 2003. Among other contributions, he was honored for his successful leadership in the search process for three successive college presidents. In addition to giving his time and expertise, Bruning was especially supportive of the Miller Upton Programs, one of the college’s premier academic residencies, located in the economics department.

He is survived by his wife, Joan, three sons, six grandchildren, and two great-grandchildren. 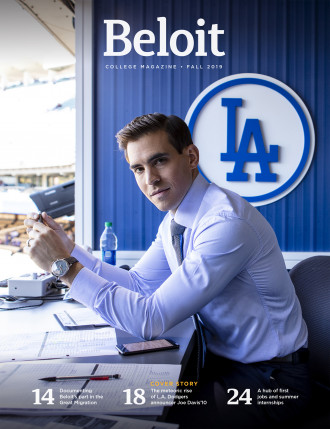