Fridays with Fred: The Story Behind MI’s Archway Fountain

Fred Burwell’86 describes the history of the MI fountain. 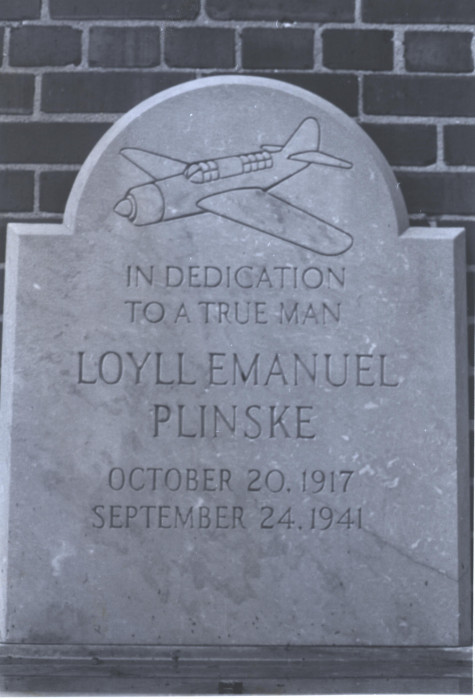 Every day, streams of students pass through the Morse-Ingersoll archway. On the way from class to Commons or a residence hall, a student might look to the right and glimpse a disused marble fountain attached to weathered bricks. An etching of a World War Two-era airplane floats above the words, “In Dedication to a True Man Loyll Emanuel Plinske.” At some point everyone who views the fountain wonders, “Who was Loyll Emanuel Plinske?”

Loyll Plinske was born in Door County, Wis. He graduated from Green Bay East High School in 1935, then worked as a handyman for a year while attending night school. In 1936, Beloit College’s athletic director, Lou Means, remembered the hard-working, stolid, young man and invited him to apply to Beloit College. In his application, Plinske explained, “I … believe that a college education will give me a different slant on life…The thing which has given me the most satisfaction has been working to save up enough money to go to college. All of my spare time has been devoted to work.” His high school counselor commented, “[Loyll] will satisfactorily finish whatever he starts.” It was a quality that would stand him in good stead during his college years and after. 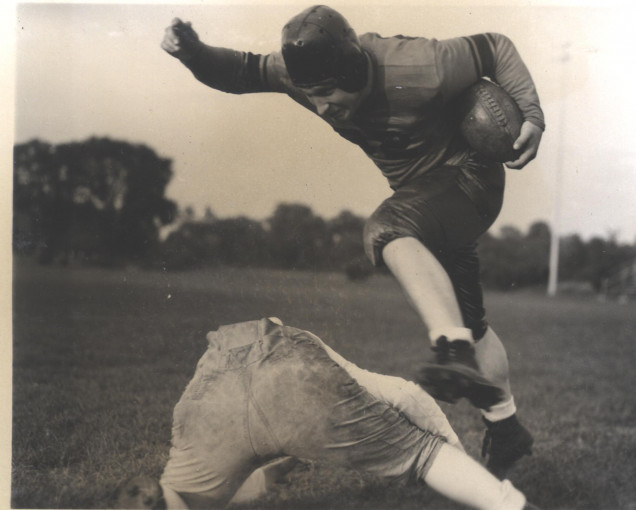 Loyll quickly gained popularity at Beloit College, in part because of his friendly, easygoing ways and in part because of his athletic prowess. He played on the freshman football squad and then on the varsity for three years, proving his mettle as a fullback known for his “ruggedness,” according to the Beloit Daily News. A photo caption described Loyll as “one of the most feared men in the Midwest Conference.”

Loyll also found remarkable success on the wrestling team, and despite weighing 180 pounds, Loyll was a dynamic runner who ran sprints for the track team. 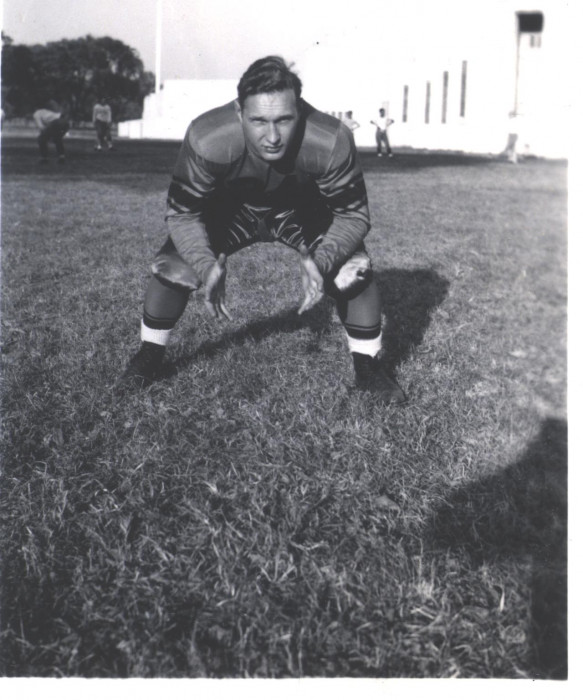 Loyll graduated from Beloit College in 1940 with a degree in geology. The Long Island Indians, a professional football team, tried to sign him, but he turned them down. In early 1941, he headed to the U.S. Naval Reserve Aviation Base at Glen View, Ill. A letter to Beloit College Treasurer, Leon G. Herreid, caught him thinking about Beloit: “I certainly miss the place, but I can safely say this organization is a good substitute. They certainly don’t let us waste any time here. We’re on the go from 5 a.m. till 8:45 p.m.”

He wrote in detail about the rigors of training, studying aerology, aerodynamics, code, construction and repair. “We’re continually tired here because of the strain and the pace we have to keep…Until now, I never realized how easy college was.” Although the United States had not yet entered World War Two, an overall effort toward preparedness was well underway, and Loyll noted a kind of desperation at work: “Celestial navigation is the difficult part and over half the fellows flunk. They want men so badly though, that they keep giving exam after exam till they either pass or are given up as hopeless.”

On September 24, 1941, Loyll was flying a naval training seaplane over the Santa Rosa Peninsula at an altitude of 300 feet, when it went out of control. Witnesses described the plane going into a tailspin and plummeting straight to the ground, the result of a structural defect. Loyll died instantly. 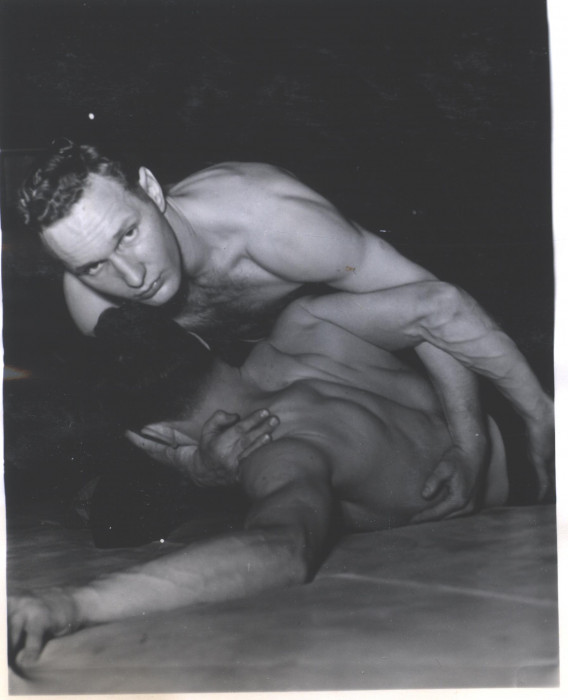 News reached Beloit within a day and the local and student newspapers covered the tragedy extensively. Within a box bordered in heavy black on page one, the Round Table paid tribute to the man the college later considered its first victim of World War Two. After describing Loyll’s notable achievements, the writer commented: “This is the Loyll Plinske as the newspapers will report him. But we at Beloit knew the other Plinske. We knew the man who held a weak wrestling team together through a tough season by his powerful personality. We knew a man who would fight on the gridiron until the last gun sounded no matter how overwhelming the odds were. We knew the rough, tough Plinske who, under the hard exterior, had a fine heart and a serious mind. We knew the Loyll Plinske who made himself a niche in Beloit’s history…It is with no little regret that we pay this humble tribute to Loyll Plinske who was an athlete, a friend and a part of Beloit.”

President Irving Maurer noted in his diary that after news of Loyll’s death, the college placed its flag at half mast. Students and faculty met in Eaton Chapel for a memorial service on the morning of the 26, where Coach Means was the principle speaker. “This lad had a burning desire to achieve,” he said. “Through his whole fiber was a spirit of invincibility. No obstacle daunted him.”

Loyll was buried with military honors, and several of his Beloit friends, including Coach Means, served as pallbearers. The Algoma Record-Herald reported, “The Plinske rites were the first held in Algoma as the result of the step-up in the country’s defense effort.”

Campus life changed radically in the coming year as the majority of Beloit’s men left to join various branches of the armed services. Beloit would suffer many more casualties of the war and there is a plaque in Eaton Chapel honoring them. In 1946 an anonymous donor honored Loyll Plinske with the marble fountain familiar to Beloiters for the last sixty-five years. The college dedicated the fountain on “Dad’s Day,” November 9, 1946, with a speech by emeritus professor John Pitt Deane and a benediction by Dean John P. Lindsay. Loyll’s parents were on hand for the ceremony. Sometime later, they wrote to the college: “Perhaps you would be interested in knowing that he had been appointed posthumously an ‘Ensign.’ We have also received the ‘wings’ and two diplomas…We surely miss Loyll but we are at ease and know where he is, and that we can pay respect to his grave.”