Fridays with Fred: The Field House

A look at the opening nights of the Field House and a series of past concerts.

When the army surplus airplane hangar opened in the fall of 1947 as Beloit College’s new field house, it provided the perfect setting to bring college and town together. We don’t know which early 1950s event the patient, well-dressed crowd lined up for in this atmospheric Ray Metzker photograph above. Before the last stragglers found their seats, they might have heard a basketball pounding the varnished floor, as Dolph Stanley’s famous “Bucket Brigade” raced up and down the court to yet another dominant victory. The proverbial housefly on the wall could have beheld through its compound eyes former Minnesota governor, Harold Stassen, fail (again) to convince those assembled that he deserved the Republican nomination for President. The proverbial fly, however, would no doubt have found another field house visitor, singing cowboy Gene Autry’s horse, Champion, more intriguing. In 1949, the college hired Jud Allen ’39, fresh from a stint in Hollywood, as Director of Public Relations. Right away, Allen thought big time. With a new venue seating potentially thousands, why not inaugurate a “Field House Series?” Soon, his grandiose plans achieved reality, and the college began hosting extravaganzas. The Drama Quartette, featuring Charles Boyer, Charles Laughton, Sir Cedric Hardwicke, and Agnes Moorehead, staged George Bernard Shaw’s, Don Juan in Hell. Jazz caromed off the backboards and rose to the rafters, when Duke Ellington, Louis Armstrong, and Count Basie with singer Sarah Vaughan, played the Field House on different occasions. Impresario Ed Sullivan brought his popular TV variety show, “Toast of the Town” to small town Beloit. The Mills Brothers harmonized. The London Opera Company performed Carmen on its first ever American tour. Bob Hope gazed up at the steel girders and joked to the crowd, “Who built this tinker toy, anyway?” 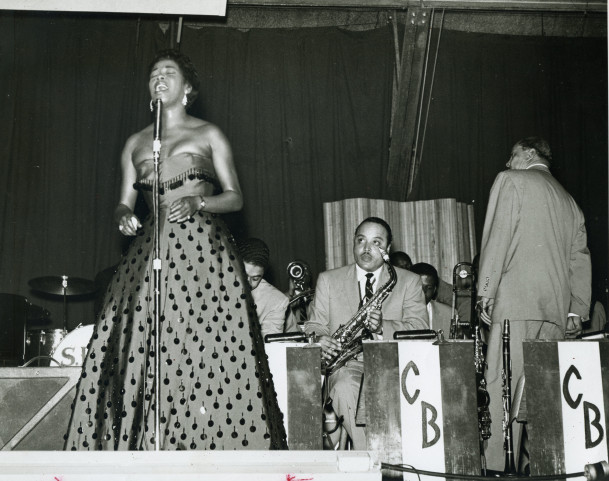 Sarah Vaughn performs in the Field House as Count Basie and his orchestra looks on. 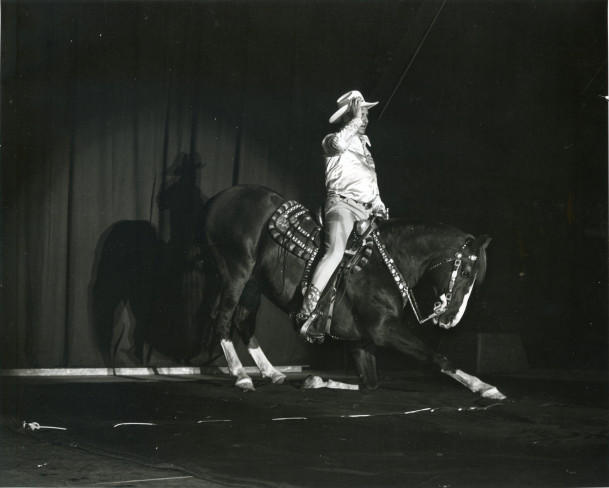 Gene Autry and his horse, Champion, perform inside the Field House.

Somewhere along the line, the Field House Series faded away, reminders of its glory unearthed in crumbling newspaper scrapbooks,Round Table headlines, and a dozen stunning black and white photographs. For another decade or two, the field house continued to host a few blockbuster shows. As rock music took hold in the 1960s, major acts found Beloit College a convenient stopping spot between dates in Chicago, Milwaukee, or Madison. Alums reminisce about witnessing legendary bands, the Jefferson Airplane, Cream (with Eric Clapton), the Paul Butterfield Blues Band, and Frank Zappa and the Mothers of Invention. Some remember Zappa quipping that “the word Beloit is the sound a quarter makes when you drop it into a toilet bowl.” However, apart from a couple of yearbook photos and scanty newspaper references, not much has survived about those shows. Perhaps one day, someone rummaging deep into a battered carton stashed in basement or attic will turn up a long-lost cache of snapshots or, even better, reel-to-reel recordings. That’s one archivist’s (and music fan’s) dream! 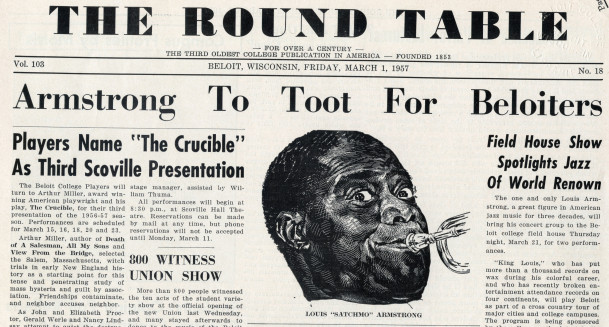 A Round Table advertisement for a performance by Louis Armstrong. 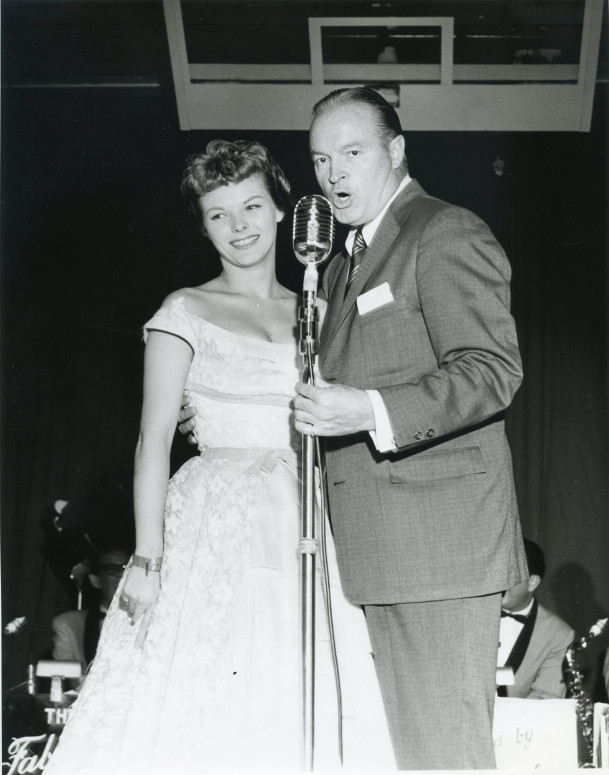 Bob Hope and an unidentified woman in the Field House.