Reflections on the origins of the walking paths of the Beloit College campus. 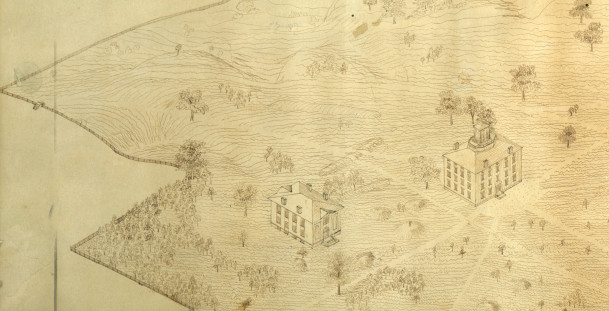 Beloit College’s storied history often comes to mind when we pass by the Doric columns gracing Middle College or when we watch the bats fluttering above Pearsons Hall in the fiery glow of a midsummer sunset. Those in the know will tell you that WAC used to be the college’s Carnegie Library. There’s still a mosaic pattern of green and white swimming pool tile hidden away in the Smith Building dating from its days as a gym and Smith’s well-trod linoleum floors remind us of its student union period. But what about college paths? We amble along the same lanes and byways traveled by President Chapin, Professor Emerson, and first student Joseph Collie. One path which crosses the campus and conducts the walker to and from town may date from before the college’s founding in 1846. A contour map drawn by students in 1859 shows two paths joining, winding down the steep slope to a sturdy fence, employed as a deterrent to farmers grazing their livestock on the college’s luscious, unmown grass. 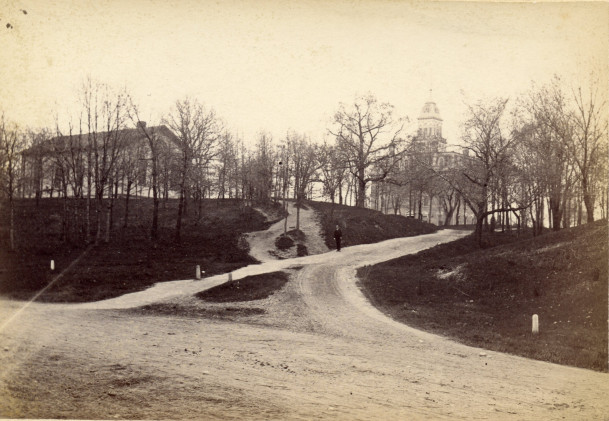 A photograph from the late 1880s provides our first glimpse of the familiar path from Pleasant Street up the bluff to the college grounds. Freshly renovated Middle College shows off its gaudy Victorian gingerbread. The wood frame structure to the left is the first college gymnasium, frequented by athletic-minded students, as attested by their own “unofficial” path leading to the main one. There are mature bur oaks and some youngsters on their way, perhaps planted intentionally by humans or by Beloit’s forward-thinking squirrels. 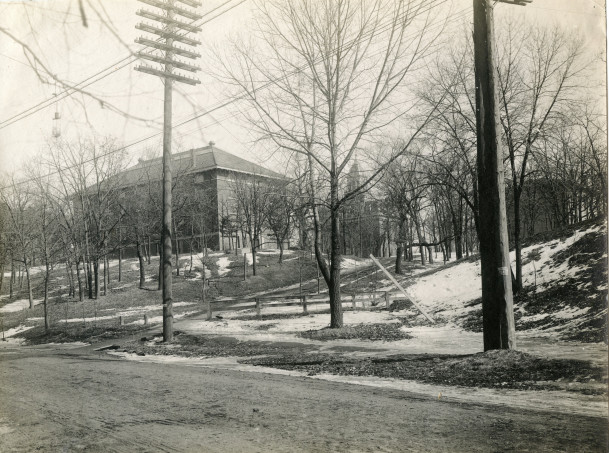 Some 20 years later, as the student body grows and as the college moves from pioneering to well-established, the Smith Gymnasium supplants its inadequate predecessor. The city of Beloit is proud of its newfangled telephone lines, but Pleasant Street remains unpaved. With all that muck and mire to contend with, it’s no wonder that boot scrapers appear beside many front doors of this era. 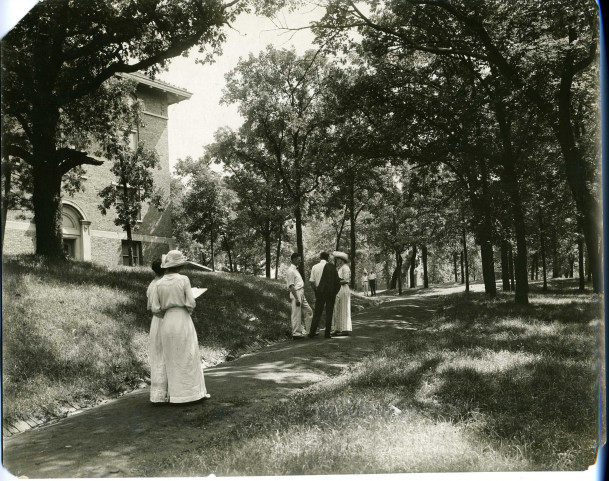 Circa 1910, students linger on the path, as they sometimes do today, savoring the dappled sunlight and relishing the cool breeze wafting up from the Rock River. Off to the right rises gentle “As You Like It Hill,” named after the Shakespeare play, and a natural amphitheater for the college’s all-women’s Shakespeare Society, famous for their elaborate outdoor productions, such as this 1920s adaptation of Much Ado About Nothing. 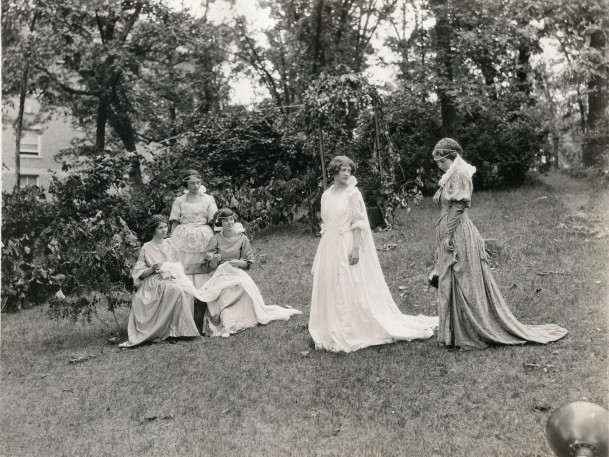 A vintage postcard illustrates the pastoral setting, reestablished in recent years through the donation of the Eloise Marston Schnaitter’32 Wildflower Garden, where native species such as bloodroot, Dutchman’s breeches, wild columbine, and Virginia bluebell attract bees and butterflies and the occasional picnicker. 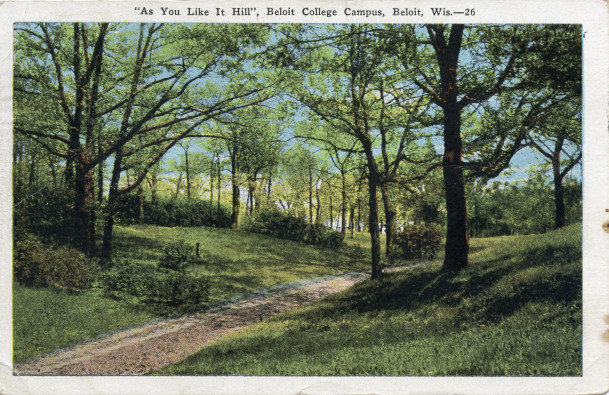 The ambience, however, hasn’t always seemed so placid. Sometime in the 1970s, students agree that a homemade water slide is just about the most fun they’ve ever had. Today, we walk the path on our way to the Hendricks Center for the Performing Arts or to Turtle Creek Books or to the farmer’s market. Me? At lunchtime come early spring, I like to hike halfway down the path and then climb up the bluff to a shady spot overlooking Pleasant Street and the Rock River and listen to a chorus of robins and cardinals audition for their sweetest solo. 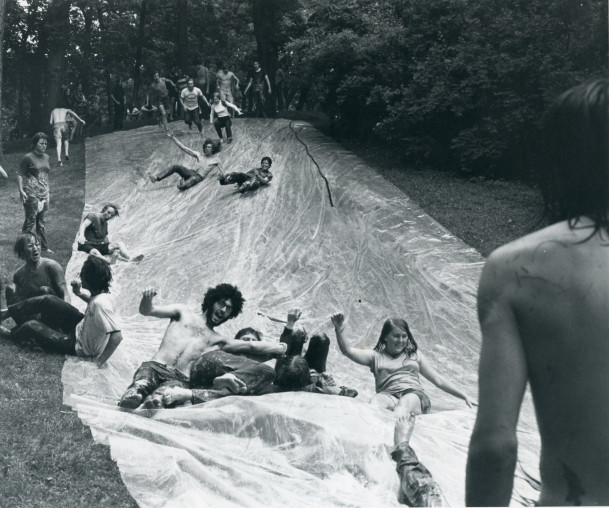