HomeLibrary & Information Technology Services Fridays with Fred: Hanging out at the Smith Union

Fridays with Fred: Hanging out at the Smith Union

A look at the Smith Student Union. 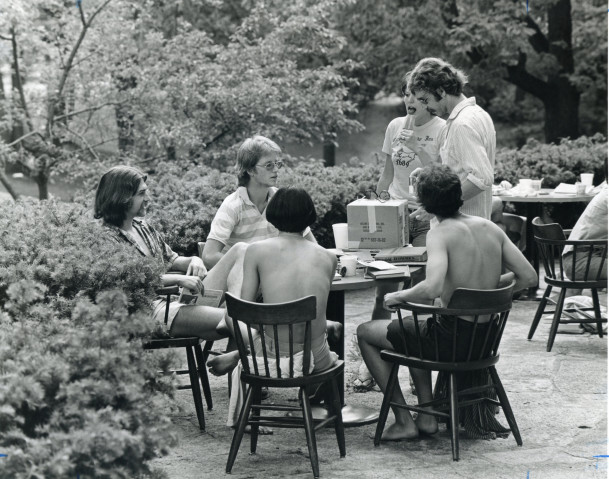 If you stroll by the Smith Building at night—perhaps at some odd time, like a leap year—you might catch a faint whiff of hot French fries fresh from the fryer or hear the ghost of an electric guitar rocking the old joint from a phantom jukebox. For over 25 years, Smith served as the college’s beloved student union.

After the Second World War, Beloit College’s student population grew substantially. In order to cope, the college built Aldrich and Maurer dormitories, accommodated returning GIs by adding army surplus barracks as temporary “veterans housing,” and constructed a popular new field house. By the mid-1950s, with well over 1,000 students on campus, the tiny student union in South College proved entirely inadequate. As far back as the 1940s, a college master plan had urged construction of a new student union. However, a decade later, the college came up with another idea—attach a new natatorium, locker rooms, and other facilities to the field house, and convert the dilapidated 53-year-old Smith Gymnasium into a modern student union. It just might work!

Fundraising began, and by 1957 the college had received donations from over 2,000 alumni and major gifts from trustees, Alfred G. Wilson, Matilda Wilson, George W. Mead, and the Kresge and Charles R. Smith Foundations. Students chipped in with the proceeds of a “Million Penny Drive.” All told, the college spent $230,000 on the remodel and accompanying furnishings. Maurice Webster, of Evanston, Ill., who had designed all of the college’s recent residence halls, served as the architect. 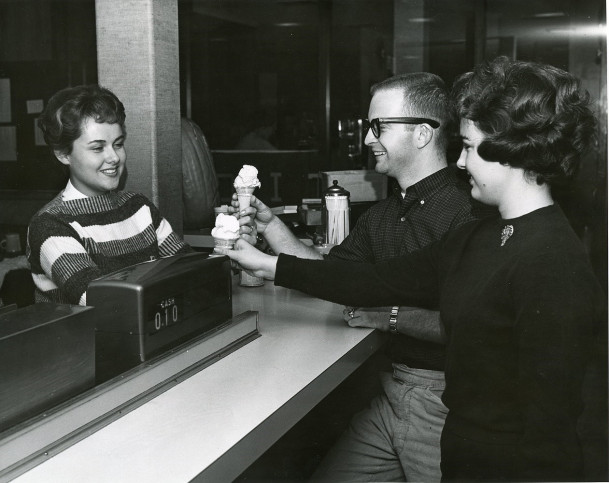 A “data sheet” issued by the Beloit College News Service provided details of both exterior and interior renovations. The exterior received a “face lifting job,” with extensive flagstone terracing outside the main bank of windows, later a favorite spot for basking in a shaft of morning sunlight with a steaming cup of coffee. Construction workers removed large swaths of 18-inch-thick brick and created floor-to-ceiling windows, allowing daylight to stream into the snack bar area. The class of 1954 donated stone benches placed near stairwells to the entrances. 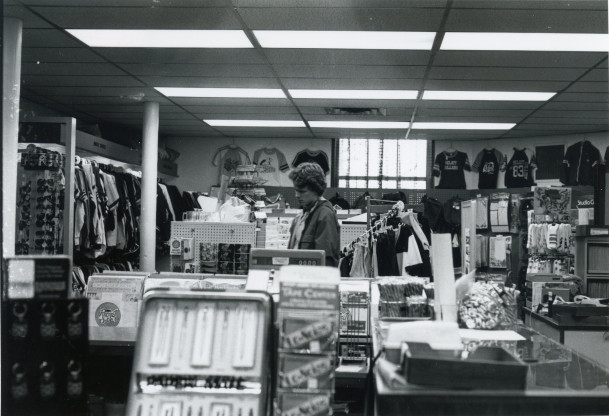 Inside, the lower level included recreation areas for ping pong and billiards, a lounge room “equipped with color TV,” and a conference room. Alumni from future years remember the mail center and bookstore on that floor. The main level featured “complete fountain and grill facilities,” where students might order burgers and pizza or hot fudge sundaes and banana splits before hanging out at tables or huddling together in booths. According to one press release, students could also purchase “everything from college pennants and pocket books to slide rules and inexpensive reproductions of modern art” at the “walk-in style” college bookstore. A control room in the bookstore office piped in “hi-fi and radio recordings” throughout the union. Later union rats recall a well-stocked jukebox in the snack bar area. Upstairs, students could gyrate to one of those newfangled rock ‘n’ roll combos or watch a movie in the union ballroom. On either side of the ballroom, steep stairs led to suites of offices occupied by student government, Round Table newspaper and Gold yearbook staff.

“Distinctive practicality describes the new union’s colorful furnishings and décor, accented by varied shades of blue and gold. For example, walls in the grill are covered with a new plastic covering which resembles grasscloth, but is more durable than a painted surface and impervious to weather…The attractive blue chairs in the ballroom can be stacked for easy storing…And in addition to being practical, the chairs are “really comfortable.” The new gold colored draperies in the ballroom are of spun glass.” 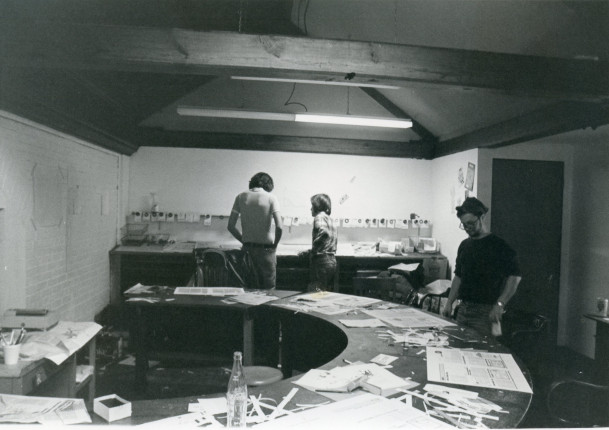 The college hired two student union managers and employed over 50 students part-time in order to keep the building open long hours, initially from 8:30 a.m. to 10:15 p.m. and later on weekends. 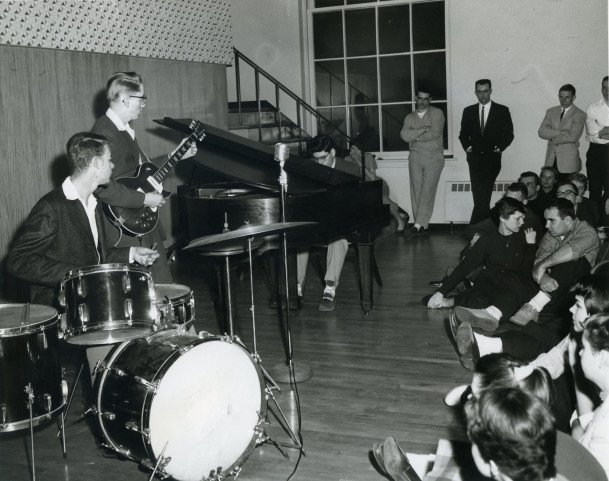 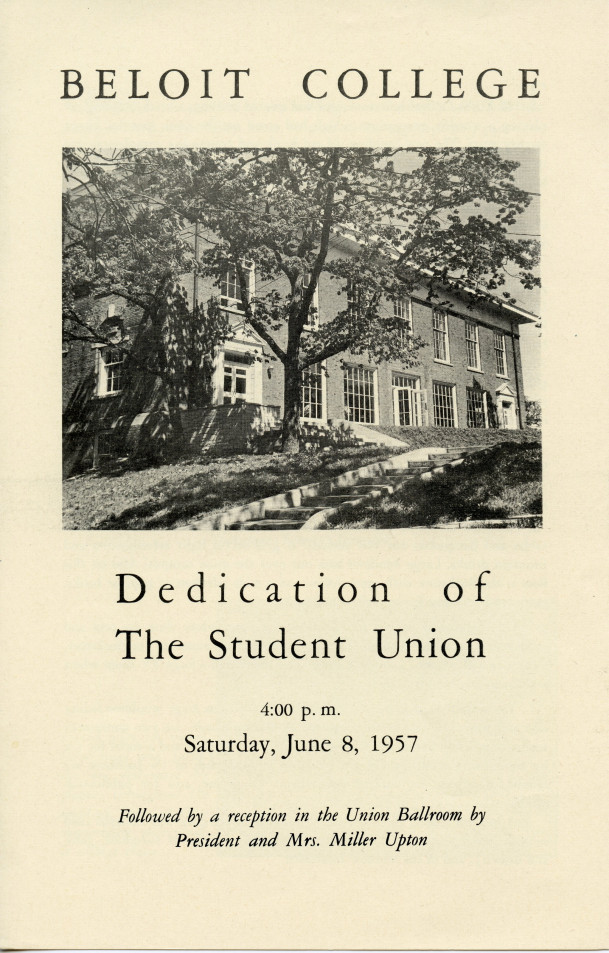 The student union opened on Wednesday, February 20, 1957, with a four hour evening celebration. Highlights included a talent show, tours, and refreshments, capped off by the “new sound” of Bill McLean and his 14-piece swing band. And, as special dispensation, the Dean’s Office granted women permission to stay out until 11:30 p.m., an hour later than usual on a weekday. The union’s formal dedication took place during Commencement weekend in June. President Miller Upton proclaimed the union “a momentous step forward” and “an academic building in the fullest and finest sense of the word.” 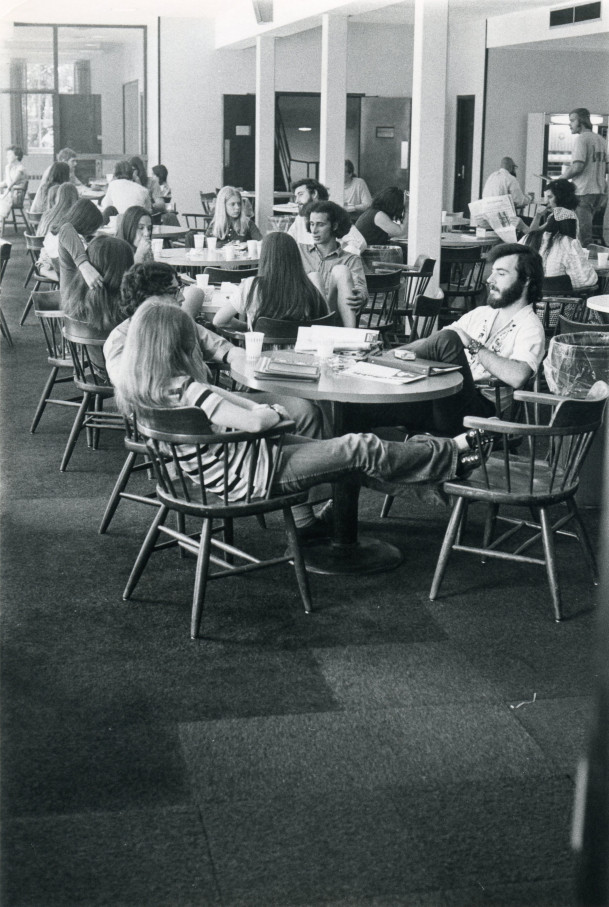 Over the next 25 years, the student union became a cherished hangout for students, faculty, and staff. It ripened into a comfortable, lived-in space, but eventually began to show its age. Pigeons roosted above the ballroom. Golden spun glass drapery turned dingy. Snazzy linoleum tiles wore out from generations of boots, shoes, and bare feet. The Smith Union closed at the end of 1984, and, at the dawn of a new year, the college opened the former science building, Pearsons Hall, as its new campus center.