The Dancing history here at Beloit College. I bet you didn’t even know it had a history. 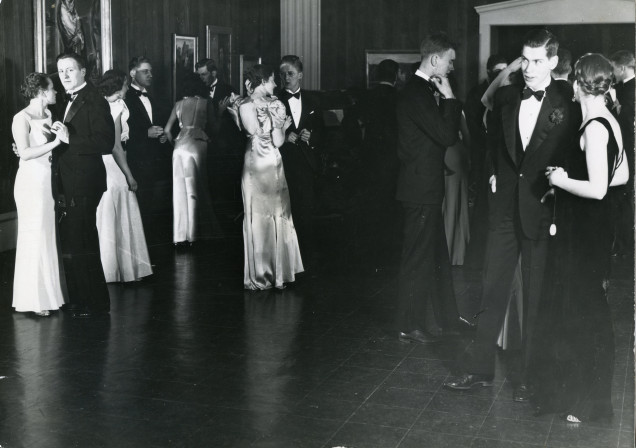 This week we celebrate a perennial favorite activity—social dancing. From long ago “formals, “informals,” and “smokers” to more spontaneous gatherings today, Beloit students have cut the rug, boogied, busted a groove, and danced their socks off.

With the advent of coeducation at Beloit College in 1895, on-campus socializing became increasingly popular, always under the watchful eye of the faculty and administration, which issued elaborate rules of conduct, especially for the young women.By the turn of the century, dances and dance parties were all the rage.As early as 1901, the college banned dance parties from college buildings, although they had more influence than jurisdiction over the goings-on at off-campus fraternity houses.Because many students couldn’t resist scooting off to local dance halls, which often held an unsavory reputation, the college relented, and by 1906, it allowed dancing at the newly constructed Smith Gymnasium.Within a few years, however, a major problem with the venue cropped up, according to the April 11, 1913, issue of the Round Table:

“No more wax on the gym floor” is the edict from the Board of Trustees. In other words, no more dancing in the gym. However, this is not to be interpreted as a ban upon dancing. The Board of Trustees recognizes that dancing is a fixture in the social life at Beloit.Waxed floors in the gym are detrimental to athletic contests held there and the layer of cornmeal, which has served the purpose of wax at many functions, has a similar effect. 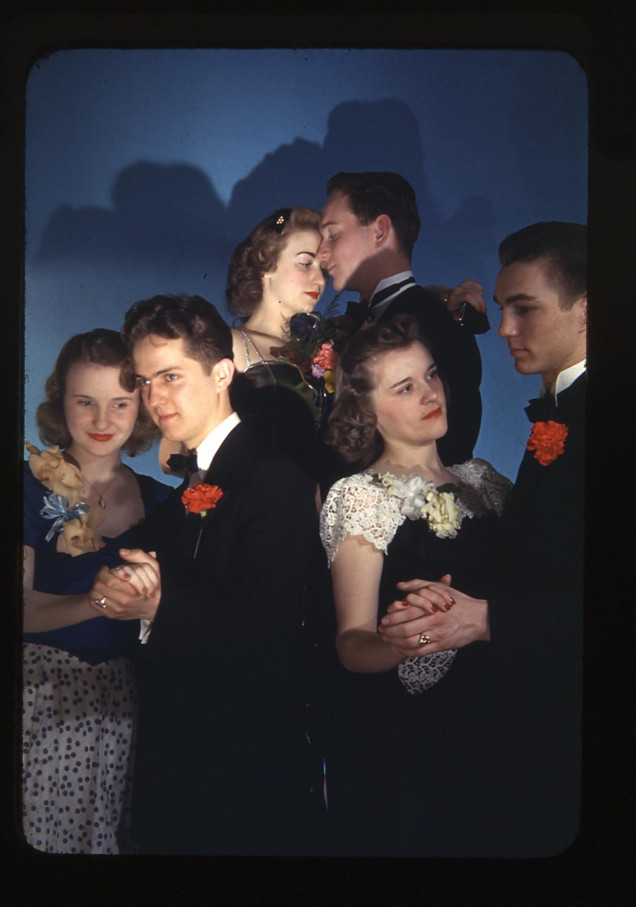 At least for an interim period, students kicked up their heels (and possibly cornmeal) in the auditorium of old Scoville Hall, today the location of Scoville Center apartments.But it wasn’t alwayswhereto dance that plagued the minds of college folk, butwhatto dance.Sprinkled throughout the faculty minutes are recommendations and decisions regarding social life, such as this one from December 7, 1912:

Upon motion of Mr. Culver it was voted to prohibit questionable forms of dancing.

Although the minutes fail to elaborate, the Round Table comes to our rescue on February 7, 1913:

Beloit girls have voiced their avowed disapproval of the Grizzly, the Tango, the Turkey-Trot, and all varieties of the Boston. The three sororities were the first among the girls to take definite action against the so-called “modern dances,” and place a positive ban upon all forms but the waltz and two-step. The girls, as a whole, are now planning on holding a mass-meeting at which these dances will be abolished from college functions… 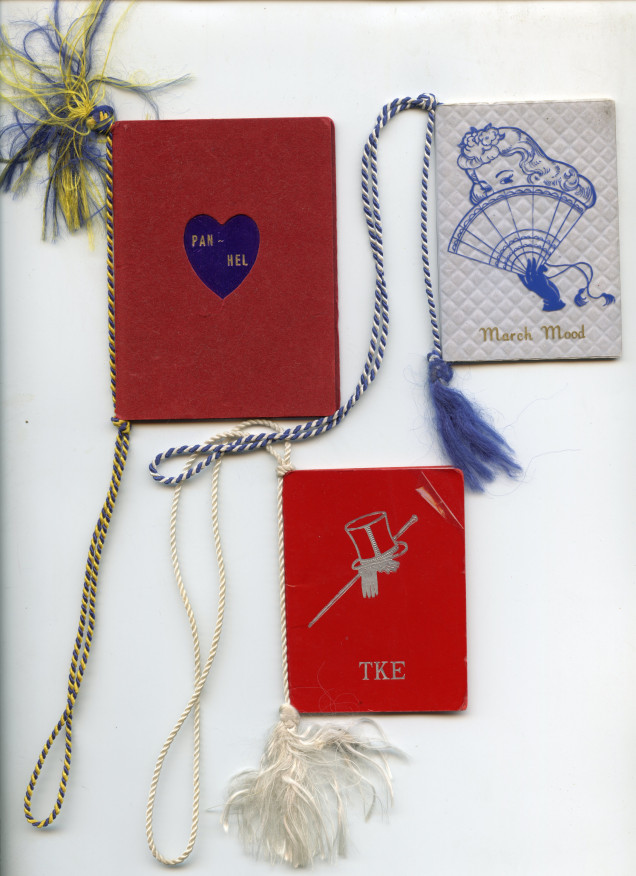 The self-imposed rule limiting dancing to the waltz and two-step was already under attack as front page news on December 23, 1914:

This is a rule that is still enforced to the letter, although its raison d’etre has long since passed. It is true that some of the fads of early transition periods from old to the “new” dances were very properly barred from polite society. But at the same time many really beautiful, graceful and proper dances were introduced, many of them so superior to the old round dances that they have almost universally supplanted the old in the better social circles outside Beloit College.

Like every generation, even in relatively staid eras, activist students chafed under rules they believed unfair and hopelessly old-fashioned, and sought ways to challenge them:

…To say that students with bounding red blood in their veins, alive with the spirit of progress, and at the same time blessed with some degree of personal discrimination and self-respect shall be allowed to indulge only in dances as archaic as hoop-skirts and log-cabins, can point to but one thing: such restriction is illogical and quite unjustified in any legislation that attempts to adapt itself to the changing conditions of the times.

The “modern dance” ban did not last long, and as the sober war years turned into the “Roaring 20s,” faculty faced a generation ready for wilder playtime, and wilder dances, including the Charleston, the Black Bottom, the Shimmy, and the ever-popular, Foxtrot.Although the college may have given up on limiting the kinds of dances, it spelled out stringent rules for officially sanctioned social life:

1. Four parties, three informals and one formal will be allowed each group during the college year. Not more than two parties shall occur in a given semester

2. No breakfast parties shall follow a Saturday night party.

4. Informal parties must close not later than eleven-thirty o’clock. Formal parties may extend to eleven-forty-five, or to such a time as will allow the young women to be in the residence halls by twelve o’clock. 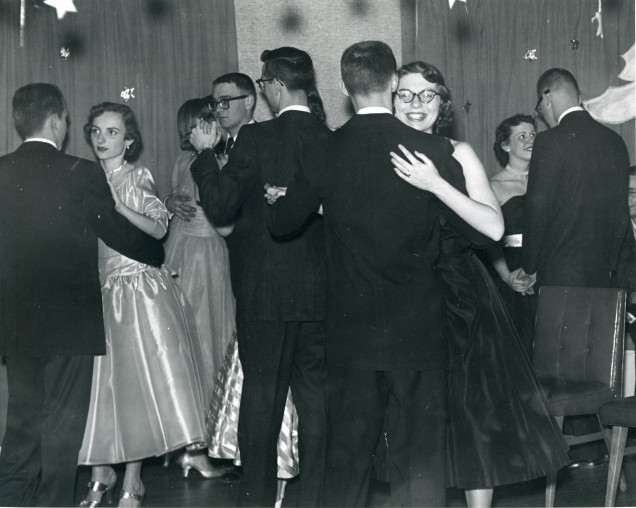 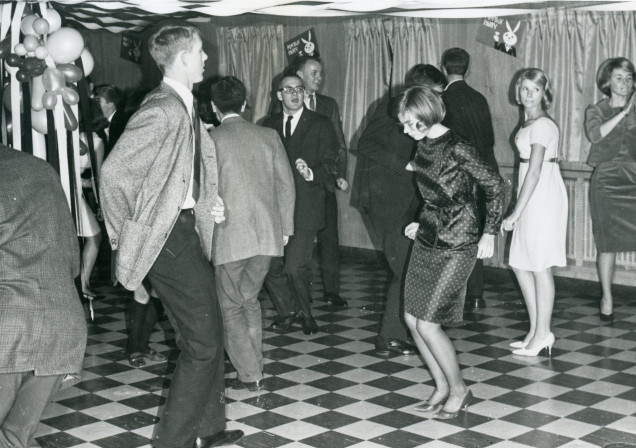 No doubt many other colorful references to dancing Beloiters remain in the College Archives, awaiting some patient researcher. It’s clear, though, that through the following decades, rules gradually relaxed, while dance fads came and went, from the rumba, lindy hop, and jitterbug of the 1940s to the stroll, the bop, and the cha-cha of the 1950s. Beloiters spent the early to mid-1960s twisting, frugging, doing the mashed potato, the watusi, and the pony. By the end of the 1960s, creative, free-form dancing took over, which remained popular, even with the onslaught of disco dancing a decade later… 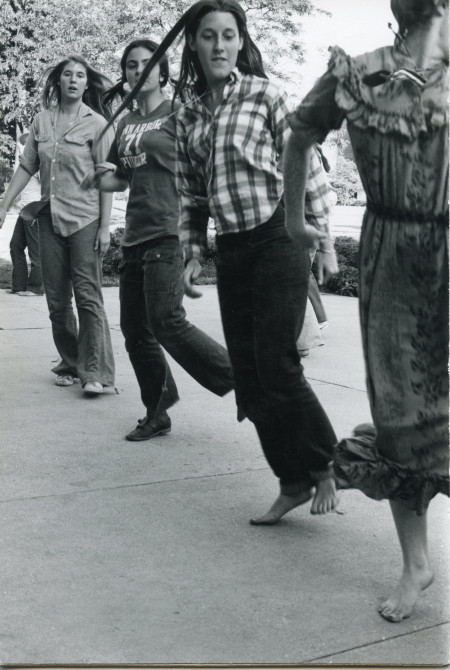 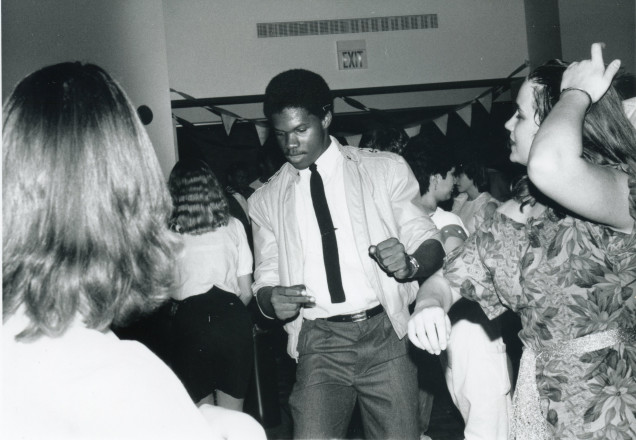