Fridays with Fred: The Founding of the Beloit College Athletic Hall of Honor

The story of the foundation of the Athletic Hall of Fame. 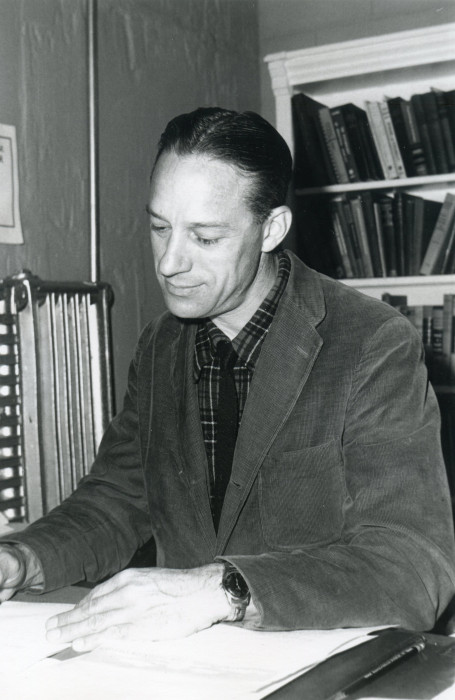 “Is it a project worth pursuing?”

How many times over the past 170 years have Beloit College officials, faculty, and students, said these words aloud? In early 1962, Athletic Director Alf Harrer had a fresh idea in mind and posed this question – and many others – in a series of memos. Harrer had presided over a number of annual “B” Club banquets, an organization dating back to 1915, designed to honor the college’s finest student athletes in any given year. By 1962, however, the celebrations seemed to need spicing up. Harrer wrote a memo to Dave Mason, assistant to the president, proposing the formation of an “Athletic Hall of Fame,” outlining his hope that the annual festivities would “expand…into something more meaningful to both students and alumni…thoroughly worthwhile and stimulating…” He suggested that by inviting “all known “B” Club members” the college “would be unique among institutions of our type.” Harrer must have received the go ahead because in short order he formed an ad hoc committee which in mid-February summarized their ideas and issued what amounted to a mission statement:

The members of the committee enthusiastically endorsed the establishment of an on-campus hall of fame to memorialize those athletes who have made a significant contribution to Beloit College intercollegiate athletics.

There were, of course, many procedural questions, many decisions to make, among them:

How should we elect members to the Hall of Fame?

What special rules regarding qualifications and number of candidates to be admitted annually need to be devised?

How specifically do we honor them?

The committee got down to work. One of their first changes was name – “Athletic Hall of Fame” became “Athletic Hall of Honor.” They discussed standards and decided that “only the truly outstanding would be considered or the significance of the Hall would be compromised.” Although someone argued that those standards should include “scholarship,” the committee “felt that the basic factor should be only the significance and extent of the athlete’s contribution to Beloit Intercollegiate Athletics.” 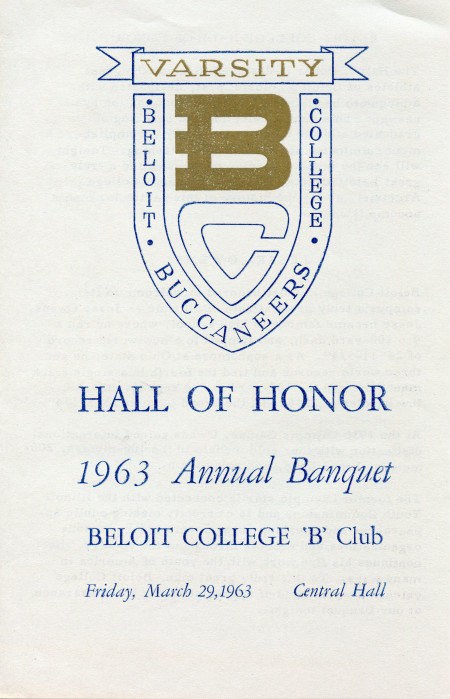 By April they’d formed an “Athletic Hall of Honor Certification Board,” which included, among others, two alumni “B” men, the incumbent president of the student “B” Club, one faculty member selected by the Faculty Athletic Committee, the director of athletics, the sports editor of The Beloit Daily News, and the Beloit College director of public information. Although they’d hoped to make a big splash right away, the collegiate wheels turned slowly. The committee announced the founding of the Hall of Honor at the banquet that year, and set its inauguration for 1963. 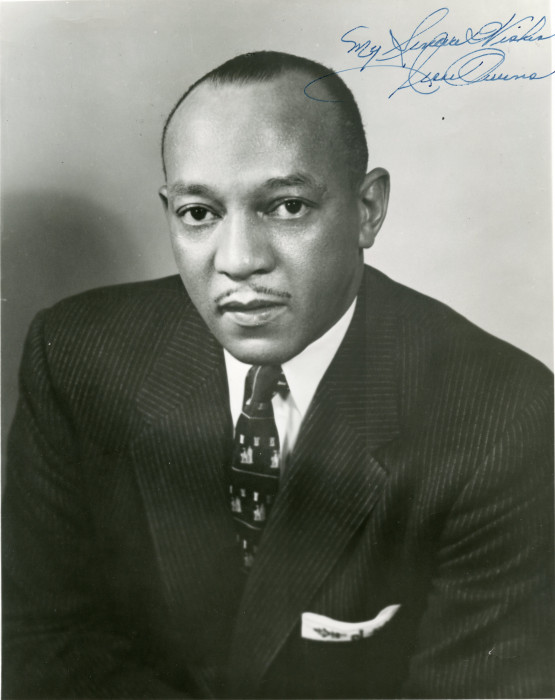 Due to a conflict with state basketball tournaments in Illinois and Wisconsin, the college had to reschedule its 1963 “B” Club banquet from March 16 to March 29. That meant finding a new speaker. Suggestions included Green Bay Packers quarterback, Bart Starr, and Packers head coach, Vince Lombardi. However, the college chose Jesse Owens, “considered by many experts,” remarked The Beloit Daily News, “to be the greatest track and field star of the last half century.” Owens was one of the world’s most famous athletes, revered for winning four gold medals at the 1936 Summer Olympics held in Berlin, Germany. In 1955, the U.S. Department of State named him America’s “Ambassador of Sports.” 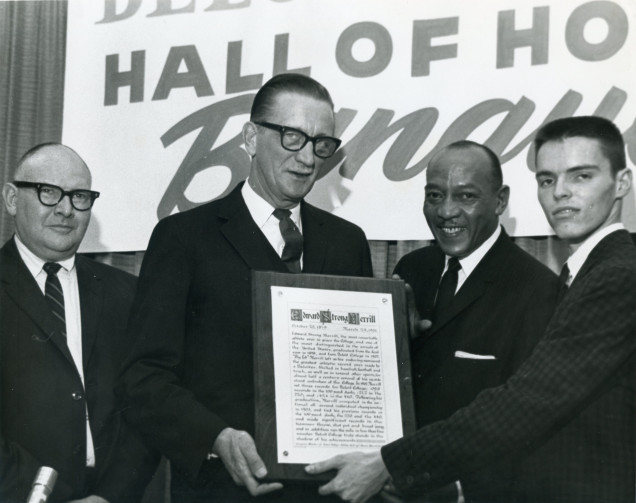 On Friday night, a sizeable crowd gathered at the dining room in Central Hall (now Chapin) to honor more than 100 student athletes, and applauded the most valuable players for each sport as they received trophies from their coaches. Chemistry professor, John L. Biester, served as toastmaster. 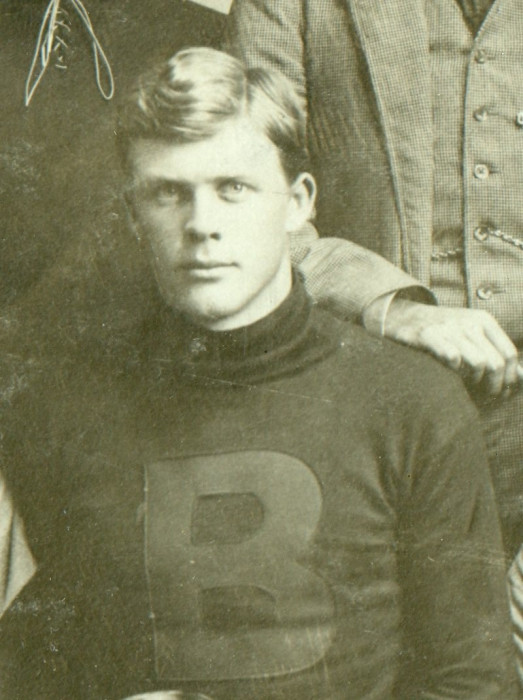 After presentation of awards, Biester introduced college archivist, Robert H. Irrmann, who provided both biography and athletic accomplishments of the college’s first inductee to its Athletic Hall of Honor, Edward Strong Merrill, class of 1902. At a time when Beloit College competed against much larger universities, “Big Ed” starred in three sports, including baseball and football. However, he particularly excelled at running and set three track records which stood for decades. His Hall of Honor plaque, accepted by alumni secretary, Jim Gage, lionized Merrill in the strongest terms:

Edward Strong Merrill, the most remarkable athlete ever to grace the College, and one of the most distinguished in the annals of the United States, graduated from the Academy in 1898, and from Beloit College in 1902. “Big Ed” Merrill left as his enduring monument the greatest athletic record ever made by a Beloiter. Skilled in baseball, football and track, as well as in several other sports, for almost half a century several of his records stood unbroken at the College…Beloit College truly stands in the shadow of his achievements.

Jesse Owens gave the keynote speech and graciously answered questions about the 1936 Olympics. “I didn’t go over to Berlin to meet Hitler,” he said. “The whole team went to run and win. We had a wonderful time – he didn’t.” Although Owens valued winning, it wasn’t paramount: “What I am vitally interested in is how you play the game.” The Beloit Daily News noted that when Owens sat down, “the audience rose as one to cheer him.”

After 1963, the Beloit College Athletic Hall of Honor began to induct at least two legendary athletes and coaches per year. In 1989, the college inducted its first woman athlete, golfer Virginia Smith Palmer, class of 1944.

All told, the Hall includes over 140 Beloiters. Plaques honoring them are located at the Sports Center.