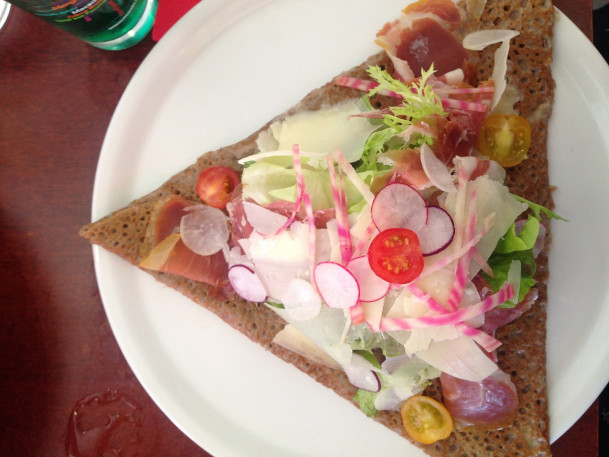 My favorite galette: prosciutto and melted camembert with a fresh vegetable salad on top.

Rennes is a very unique city, truly unlike other parts of France. Sitting at around 200,000 inhabitants, Rennes is the capital of Brittany, the westernmost province of France that juts into the Atlantic. Brittany has a Celtic heritage, as the region was inhabited by Breton people long before the French.

The cuisine is quite different from that of central France. Here, the most notorious food is galette, a savory crÃªpe that is filled with anything from sausage, to onion fondue, to ham, cheese, and an egg over-easy. A popular drink in Brittany is sparkling cider, which goes surprisingly well with any kind of galette. You would be hard-pressed to find these things in any other part of France. Rennes happens to be inland but along the coast there is an abundance of seafood, with oysters as the regional specialty. 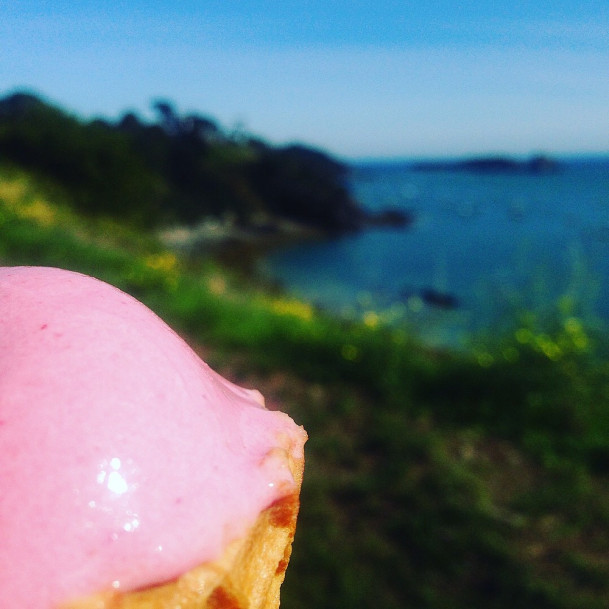 Enjoying some ice cream during a hike along the coast by Cancale.

Bretons are proud to be French but above all they identify as Breton. There is a Breton language (the street signs in Rennes are in French and Breton), Breton music and dance, and of course Breton cuisine. Before coming abroad, I didn’t fully grasp the difference between Brittany and the rest of France, but now that I’ve lived as a Breton for four months I can come home with a new appreciation for this remarkable place.