HomeHistory Postcards: Souvenirs and Artifacts of the Past

Postcards: Souvenirs and Artifacts of the Past

When one thinks of historical artifacts and collections one’s mind usually ventures to dusty old tomes and broken bits of pottery, however, Beloit faculty and staff members Donna Oliver and Betsy Brewer have an unorthodox perspective. Betsy and Donna took the time to chat with Matthew Elliott ’22 about each of their unique collections along with their perspectives on the act of collecting itself.

A humorous postcard from Beloit, WI 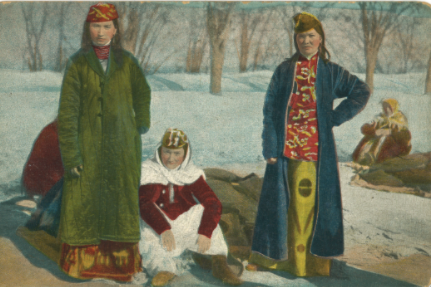 “Types from the Central-Asian territories” Women in “native” costumes–the label is quite vague and doesn’t acknowledge the many different ethnic groups inhabiting those large areas. 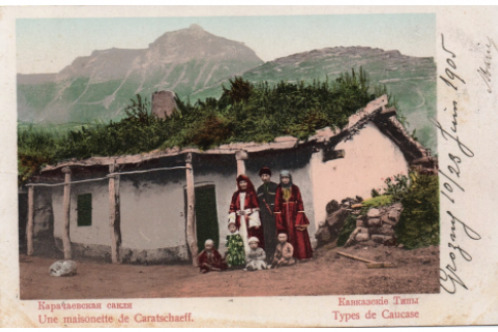 An early colorized postcard of a Karachay hut, with three generations standing in front. The label on the right identifies them as “Caucasus types.” 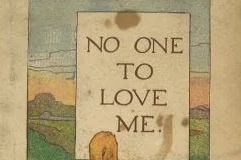 This postcard tells a story! 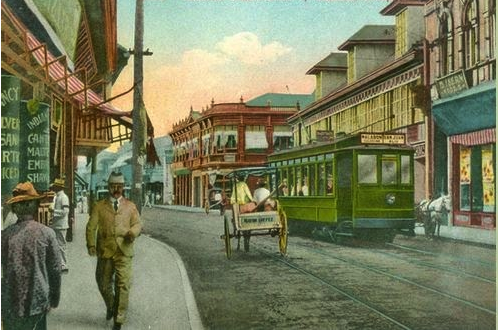 One of the Postcards on display in the Logan Museum’s exhibit of vintage postcards from the Philippines.
Collecting art, artifacts, letters, and documents is a long-standing tradition at Beloit, and among the various collections in the College Archives and in the Museums are dozens if not hundreds of postcards. From informal updates about field expeditions to images of Beloit College itself, and to messages from students to their former professors, all contain glimpses of history and personal connections. Recently Manuel Ferreira, curator at the Logan Museum, helped create an exhibit of U.S. Colonial postcards from the Philippines in conjunction with Joan Carling’s appointment as Chair of the 2021 Weissberg Program in Human Rights and Social Justice at Beloit College (Carling is an indigenous Filipino human rights activist and environmentalist).

Postcards, however, have a broad appeal outside of museums and archives, and they are accessible to amateur collectors as well. Betsy Brewer, Director of International Education, and Donna Oliver, Professor of Modern Languages and Literatures at the college, share a love of the art of collecting. In particular, they both maintain exceptional collections of vintage and contemporary postcards, motivated by their love of travel and their fascination with the past.

For Betsy, her time spent living abroad in places such as Germany and Czechoslovakia coupled with a family tradition of “sending and receiving” provisioned her with her initial collection. However, her true passion for collecting postcards didn’t emerge until she moved to Beloit in 2002, in a chance encounter at a local flea market. As she put it, “I started looking through the postcards and finding things I liked. So, I just started collecting postcards because I found things that are interesting to me.”

For Donna, she found herself beginning her collection with a single card, an antique postcard of Russian writer Leo Tolstoy, one which she learned was part of a series. Following this revelation, she began to look for the others and this turned into a love of collecting Russian literary postcards in general, primarily from the pre-revolutionary era. She found herself developing a fascination with “types,” ranging from Russian to Central Asian to Caucasus types. According to Donna, “those particular kinds of cards are a fascinating phenomenon, and they say so much about concepts of empire, nation, “othering,” colonialism, travel, and about collecting itself.”Both Donna and Betsy have found unique historical value in postcards as artifacts. According to Donna, due to the confluence of unique circumstances that emerged in the latter half of the 19th century, advances in paper-making, photography, and a growing consumer culture, postcards “serve as a rich primary source for examining the development of visual culture and the use of images to promote consumer tastes.” She also notes how, such as in the case of the ethnographic cards she has collected, postcards served to help shape “contemporary perspectives of nation and national culture.”

Meanwhile, Betsy finds herself fascinated by the stories that can be told by postcards, ranging from their stamps to the images they hold. “For me, what I really like about them is the fact that a postcard is a pretty compact piece and to me it tells a story, all sorts of different stories including the stamps. I love the fact that in the past you always wrote in pencil and that’s quite different.” In particular, Betsy remarked upon how fascinating she found the way in which postcards would get personalized by the message they contained and who they were going to. She remarked fondly about a particular example, “I have one postcard where the person who wrote it is hoping that the person who receives it still has a place in her heart for him. He’s leaving himself quite vulnerable in this message.”

Both Betsy and Donna emphasized both the enjoyment they derived from collecting and the important role something as simple as a collection of postcards can have in historical research. As Donna noted, her collection of postcards were important to her in all sorts of ways–”as objects of material culture, as pieces of history, as puzzles to figure out, and as sources for thought and learning.” She has an upcoming course in Spring of 2022 on collecting, collectors, and collections which any interested students should certainly look into.

From Beloit to Budapest to Graduate School