The tuition match, along with Beloit’s ability to navigate uncertainty, is proving attractive to new students.

Nati Ramirez-Vang spent a few months deliberating between her top two college choices. Should she go to Beloit, known for its anthropology program? Her internship supervisor in the Milwaukee Public Museum’s anthropology department had pointed her in Beloit’s direction for the quality of the program and its field experiences.

Or, would it be the University of Wisconsin-Milwaukee, located in her home city and with a lower price tag?

Then the pandemic made its unwelcome appearance.

“What helped comfort me was the fact that Beloit was quick to come up with a creative solution to campus life amidst the virus,” she says. “They introduced the modules and did a good job of letting me and other students and our families know. It seemed like a brilliant idea and a stable backup plan, so I knew that if I attended Beloit, there would be stability and safety to our schedules, even in the middle of a pandemic.”

She says she looks forward to making connections and gaining experiences in anthropology when she starts at Beloit in September. 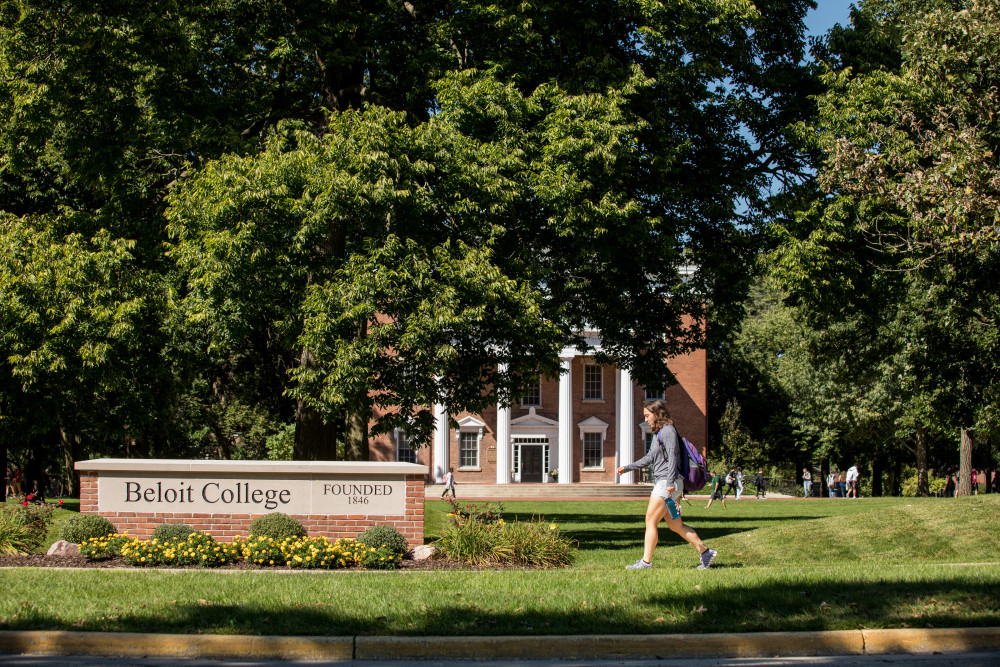 As a Wisconsin resident, Ramirez-Vang was eligible for Beloit’s Midwest Flagship Match program, which reduced her tuition costs. She also received a generous scholarship for all four years and had her initial financial aid award revised.

“Beloit really listened to my concerns about paying for tuition and did everything they could to help me,” she says.

The match program, open to new students from Illinois, Indiana, Iowa, Michigan, Minnesota, and Wisconsin, guarantees Beloit tuition will be the same or less than that of the student’s flagship state school. To be eligible, students must be permanent residents of their state 12 months before enrolling full-time.

As of mid-July, more than 100 students entering this fall received the Midwest Flagship Match.

“We know many students want to remain closer to home during this uncertain time,” says Leslie Davidson, Beloit’s vice president for enrollment. “And we realize many families are currently experiencing increased financial pressures.”

Nevertheless, Davidson says, students deserve a Beloit education and all the qualities of its small campus experience.

Beloit created the tuition match in response to the pandemic, starting with the class entering in the fall of 2020, but the college plans to continue the program into the future. The match is part of Beloit’s larger plan, which builds on the college’s existing strengths as it responds to the chaos caused by COVID-19.

The Beloit Action Plan includes class schedules converted into flexible modules, an intensified advising and mentoring program, increased attention to preparing students for their futures, and special financial programs, such as the Flagship Match, for returning and prospective students.

India Clizer also had two colleges at the top of her list: Beloit and Hampshire College in Massachusetts, both choices she describes as “excellent schools.”

The Viroqua, Wis., resident also qualified for the Flagship Match, though her mom advised her to concentrate on the schools’ quality, not only the price. Clizer says, however, that it’s hard to ignore the perk of public school tuition, especially when she is from what she describes as a large, low-income family. Despite financial limitations, though, she says her family was determined to find a way to make her top college choice work.

Clizer says she thought Beloit might be the smartest choice because of its location, but she was also impressed with Beloit’s decisive action during the pandemic’s fallout.

“What put my mind at ease, even more so than the safety of being close to home, was seeing how Beloit was able to navigate such a turbulent crisis with strength and grace,” she says. “So I chose to remain closer to home because of COVID, but I chose Beloit because they led with confidence.”

She plans to pursue her interests in anthropology and museum curation when she begins her Beloit studies. While she says she’s fortunate she had the support of her family in paying for college, she was still glad to be eligible for the tuition match.

“To me, the Midwest Match shows that Beloit cares. Beloit wants to support students in getting the best education possible. So for me, the numbers behind the program did not influence my decision to enroll; the meaning behind them did.

“It says a lot about Beloit’s commitment to student achievement.”

Beloit College recognized for contributing to the public good