Fridays with Fred: Valedictory addresses from Commencements past 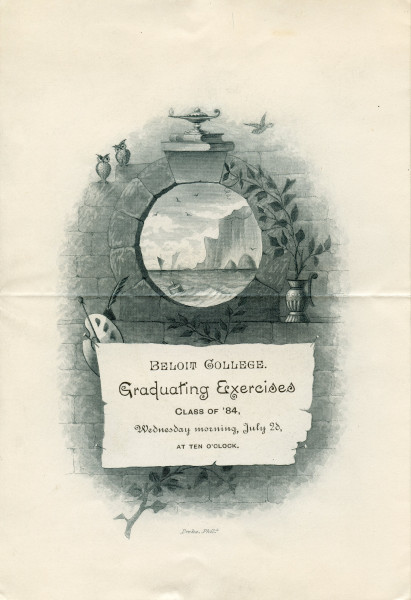 A year ago we journeyed a century through time in order to walk the Commencement line of 1913. For this year’s Commencement edition of Fridays with Fred, we step back a few decades further, to the 1880s and 1890s. Over more than a century and a half, Commencement programs and invitations have appeared in all manner of shapes, sizes, designs and typography. Those dating from the late 19th century are among the most elaborate and beautiful, often featuring heavy, cream-colored paper, ornate typesetting and either realistic or fanciful etchings in bright, vivid ink. During the same period, the Round Table printed nearly every Commencement speech (and there were many, many speeches!) in its final issue each year. Here, selections from student Valedictory addresses complement images of programs and invitations. Although the language reflects a bygone era, Beloiters from any generation will recognize the timeless sentiments. 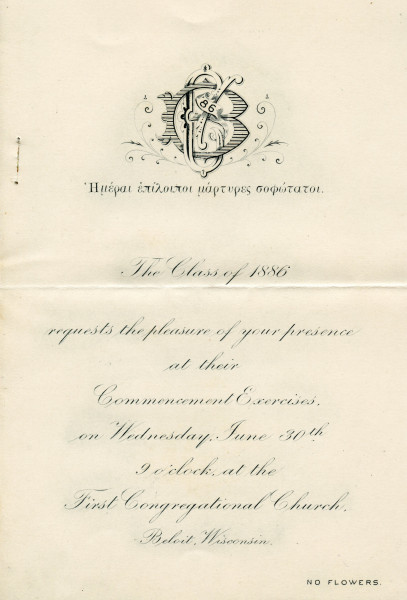 Beloved Teachers: Yesterday you heard us cheering the buildings on yonder campus. But what is there in a pile of brick or stone? We do not care for those buildings simply because they are beautiful structures. But we do love them because we remember that we and you have been there together, and we feel that there the high impulses of your lives have entered into our lives…we believe that you have had our welfare at heart and that you always will have, and we believe also that you will show it by taking a deep interest in that which interests us, even after we have left these familiar scenes.

Gentlemen of the Faculty: We feel that we have made friends of you for life – friends whose kindly interest will follow us wherever we go. It seems a wonderful thing to us, this perennial, inexhaustible, personal interest of yours – extending as it does to the oldest alumnus and the youngest freshman alike. As the time comes for us to sever our official connection here we do not feel that it is really a parting but rather a broadening of the fields of our study – a little independent research as it were from which we shall return again and again to thank you for the aid and strength you have given us as we have worked together here.

On the City of Beloit:

Fellow Citizens of Beloit: Someone has said that a resident of a college town will have a short term in Purgatory. This does not seem entirely unreasonable. To have the midnight slumber broken by class and college yells, to have front steps and barn doors ornamented with paintings of doubtful merit, to furnish an audience for the ambitious college orator to practice his fiery eloquence on, - it seems that all this, if endured patiently, ought to atone for some of life’s mistakes. If it were not because you know that those who come after us are rather worse than we, it might be a relief to you to see us go. Still we know it is not so; for your love for the college, and your interest in the students are great enough to make you forget all our faults…We thank you for the welcome we have received in your churches, in your societies, and in your homes; and we bid you all a cordial farewell. 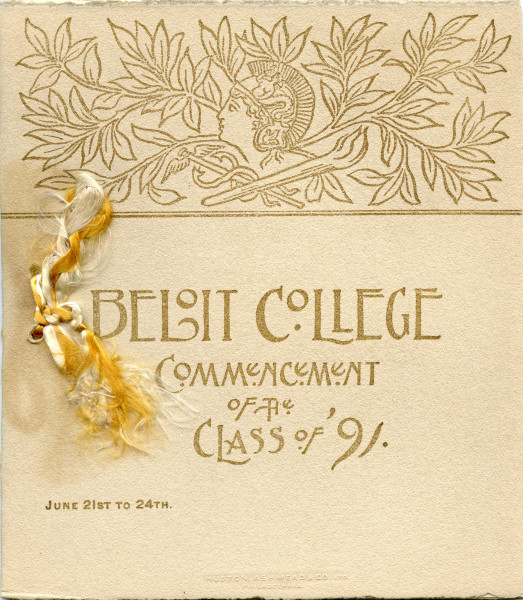 Citizens of Beloit: One evening last week while we were away on our vacation, one of our class said that he felt homesick for Beloit. If there was a train leaving then for Beloit, he would go home. I do not know whether he had any special reason for feeling so, but I am sure that we all have this same love for Beloit.

On Classmates and Fellow Students:

Classmates: The word “commencement” used to seem to me a strange misnomer. It seems so no more. Life is just opening before us. What is past is only the preparation. Never was there an age when there was greater need or when there were greater inducements or greater rewards for faithful service than now. Let us not think of the diploma which we shall receive as an honorable discharge but as a commission into the active service. 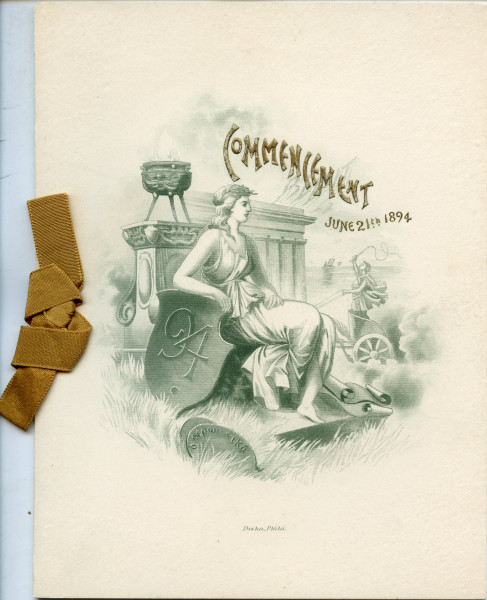 Fellow Students: Fifty years ago Beloit College was represented in material form by a single stone laid in the center of the campus. Since then Beloit has had a history. We stand before you today as the last contributors to her first half century of growth. You inaugurate the next era. The new Beloit has fairly commenced. What will you do with the future? 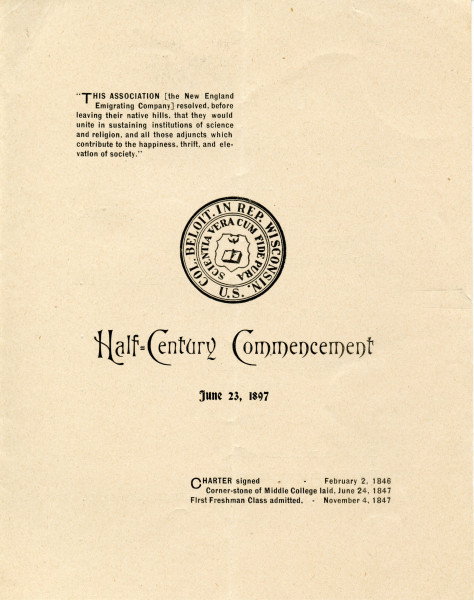 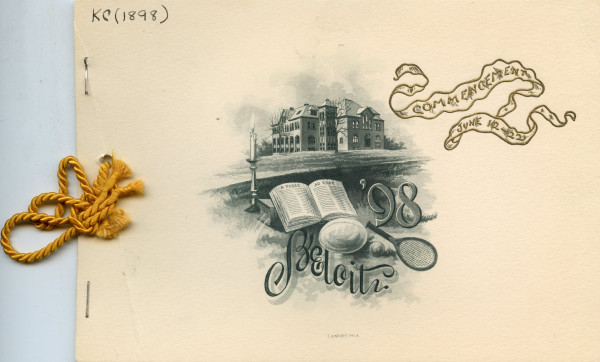