Fridays with Fred: A tragedy on a wintry Rock River

The tragedy that befell Roy Chapman Andrews and Montague White in 1905.

Two young men paddled their canoe across acres of still water, marveling at its smooth glide over submerged cornfields and meadows. Their paddles broke the stillness, but neither of them spoke as they headed upstream toward the Rock River’s junction with the mouth of Young’s Creek, seven miles north of Beloit. It was March 31, 1905.

Roy Chapman Andrews (above) was a junior at Beloit College. His companion, Montague White, was a recent Phi Beta Kappa graduate of Hamilton College, now serving as Knapp Instructor in Oratory and Rhetoric at Beloit. The two friends shared a mutual love for the out of doors and adventure. The Rock River, swollen from snow melt and torrential rains, provided some yearned-for excitement after a winter spent in chilly classrooms. They’d decided to spend their vacation camping, boating, and hunting duck. Although they might feast on wild cuisine cooked over a crackling campfire, Roy Andrews (below) was also an accomplished taxidermist, always on the lookout for a fine specimen. His keen, observant eye would serve him well in the future as one of the world’s leading explorers, famous for his exotic travels and for his mesmerizing discovery of a nest of fossil dinosaur eggs in the Gobi Desert. 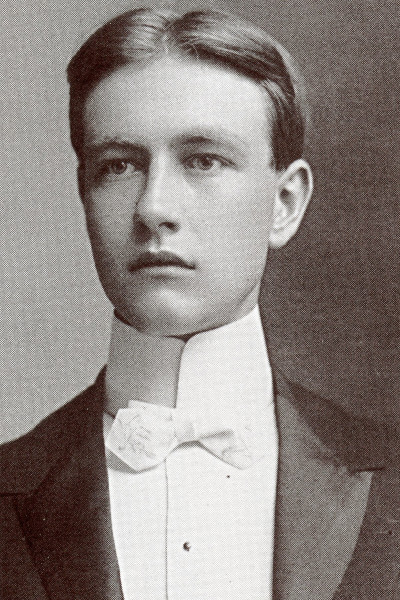 When they reached Young’s Creek, the current seemed much more turbulent but still navigable. As the canoe entered the confluence of the two streams, however, the backwater caused it to rock and White lost grip of his paddle, which slipped over the side. Just as White (below) reached for it the canoe pitched into the undertow and immediately capsized. While tumbling overboard, Andrews tried to rescue his gun, which slid into the murky depths. 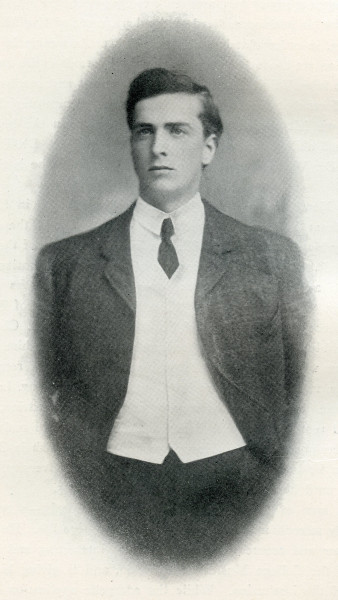 The two men struggled in the churning water which hurled them in opposite directions. Andrews, moving rapidly into the river, watched his friend coping with the violent current of the creek. At first neither feared for their lives. After all, White had been an athlete at Hamilton College and was a strong swimmer. Andrews had spent his youth outdoors, hiking and swimming, exploring woods, fields and streams in the Beloit area. He said later that while they were in the water, White called to him, smiling, “Well, we will have to swim or drown.” Then, as Andrews tried to swim toward the east bank, he saw White go down. “I saw Mont sinking out of sight with the worst look upon his face that I have ever seen upon a man’s face,” he told a Beloit Daily Free Press reporter. “He sank until I could only see the top of his hair above the water and then went down. All the time I was struggling out in the current of the river and could not reach him.” A coroner later determined that White suffered from severe muscle cramps, likely caused by his overheated body’s rapid submersion in ice-cold water.

Andrews felt panic rising and redoubled his efforts to reach shore for help. In either direction, however, that shoreline appeared far away and indistinct due to the flooded meadows. Despite his frantic movement, the icy water numbed his arms and legs. By the time he reached a partially submerged willow tree, he couldn’t feel a thing and had to beat his limbs against the trunk to restore circulation. He repeated the pattern over and over, resting at mini-islands and then plunging back into the frigid stream. Finally he came to water shallow enough to wade in. He tried to run, only to find himself plummeting into a nine-foot deep chasm. “I almost drowned here,” he said. “I did not care whether I came up or not. My foot happened to catch on barb wire, which I think was all that saved me.”

At last he reached dry land, where he followed a road to a farmhouse. Mr. E.M. Hollis spotted Andrews half-crawling toward the house and rushed over to help. After putting the exhausted, nearly unconscious Andrews to bed, Hollis hurried to the closest telephone, a mile and a half away at the Rice farm. Soon, over a dozen men including the chief of police and several college students headed up river. Some of them searched along nearby roads, hoping that by some chance the young instructor had survived. Others secured a sturdy boat from nearby Yost Park and for three hours, dragged the river with grappling hooks. They did not find him.

After returning to shore for rest, three men, including Roy Chapman Andrews, set out again. Andrews directed them to the spot where White had gone under. They allowed the boat to drift in the swirling current, while one of the men thrust his hooked pole again and again into the water. Within 10 minutes it snagged something. He pulled hard, straining to lift a heavy weight, and after a moment, Montague White’s lifeless body broke the surface. According to The Beloit Daily Free Press, Andrews nearly collapsed at the sight. “Had I not seen that awful expression on Monty’s face when I looked at him across the boiling waters just before he sank for the last time, I would have been spared much,” he said. “It will haunt me through life…”

The men flagged down a southbound train a half mile away, which transported White’s body back to Beloit. White’s popularity as an instructor, coupled with the tragic nature of his accidental death, brought an outpouring of tributes from Beloit’s newspapers, including the college’s Round Table, which spelled out the shock and grief felt by the college community and lauded White’s valuable contributions to the institution:

Mr. White was with us only a few months. During that time…he did something for each of us and for the college, far more perhaps than we realize, for he gave himself freely and unreservedly to his work. We all admired him for his strength, for he was strong, physically, mentally, and morally, and we loved him for himself for above all else he was a man…In the long talks we had with him, in the things we did together with him, we learned to know his quality and appreciate, in a measure, how great an opportunity we had in being his friends. The generous nature, the glorious ideals and the splendid courage of the man were a revelation to us…

Professor George Collie offered his house for the memorial service, held on Sunday, April 2. On Monday morning, students and faculty members carried White’s casket in procession to the train station, where they met his brother, Henry White, a professor at Hamilton College, who took the body home for burial in hometown, Holland Patent, New York. Another, larger memorial service took place at the college chapel on Sunday, April 9.

Roy Chapman Andrews graduated from Beloit College a year later. Over the course of his colorful, adventurous life, Andrews became a prolific author, often writing at length about his exploits. An autobiography described his near-drowning and White’s death as “the first great tragedy of my life.” Andrews believed that the episode had long-term effects:

Although I was not physically sick after the experience, the shock and my sorrow over Monty’s death played havoc with my nerves. During the next few weeks…the slightest excitement would set my body to shaking and twitching painfully. All that spring and summer I spent most of the daylight hours wandering alone in the woods with field glasses and notebook studying birds and sleeping in the sun. After a year I had pretty well regained my weight and strength, but the tragedy left me with a nervous affliction from which I never recovered. Also my hair began to come out slowly and it did not stop until it was nearly gone.

While battling the floodwaters of the Rock River, he’d demonstrated perseverance and the sheer will to live, and yet Andrews considered himself to be simply a lucky man. “I survived against well nigh impossible odds,” he wrote. “Still, it happened that way several times later in my life.”

He entitled his autobiography Under a Lucky Star. 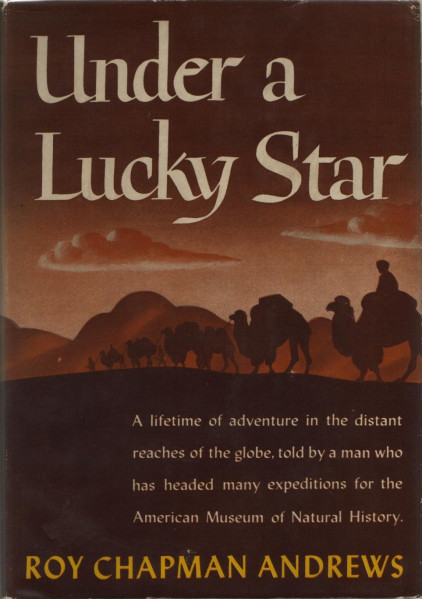