Fridays with Fred: An attic full of Emerson family papers, ready for research

Dive into the history of a mysterious attic of treasures. 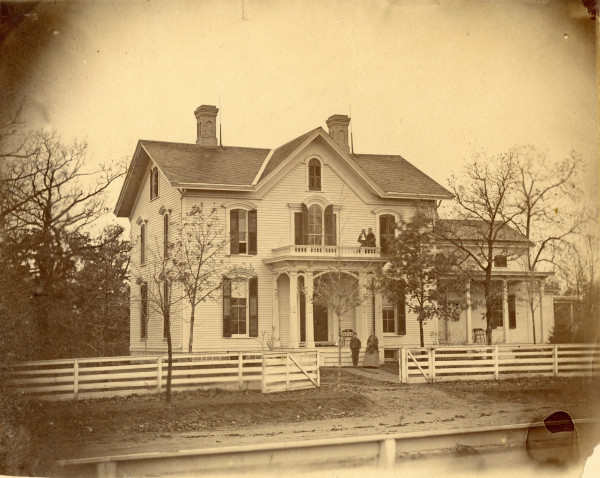 Autumn 1920. The venerable 1860s-era clapboard house on the northwest corner of Emerson and College streets stood shuttered and rather forlorn, as boisterous students hurried by each morning on their way to classes. Its owner, Helen Brace Emerson, the formidable curator of Beloit College’s art hall, had recently passed away, 20 years after her husband, Joseph. The young Yale graduate, Joseph Emerson, first set foot on campus in 1848, one of two newly hired professors at the pioneer Midwestern college. Over the ensuing 50 years he built a reputation as one of the college’s finest educators, while earning the nickname “Zeus” for his commanding presence and stern will. With his strong features and full white beard, he also looked the part. 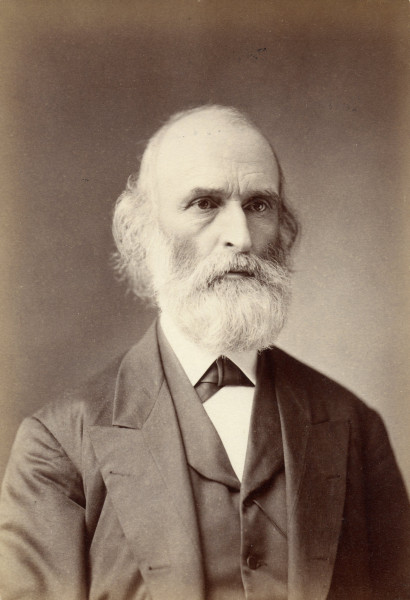 A friend alerted Robert K. Richardson that there was something unusual in the Emerson house attic. The longtime history professor and first college archivist had a keen interest in the founders of Beloit College and eagerly sought out their early papers and documents. After entering the Emerson house he climbed the stairs to the second floor and opened a door leading to another, more rugged set of stairs which creaked and popped as he headed up into the gloom of the attic. There he cast beams from his newfangled flashlight into the far corners. 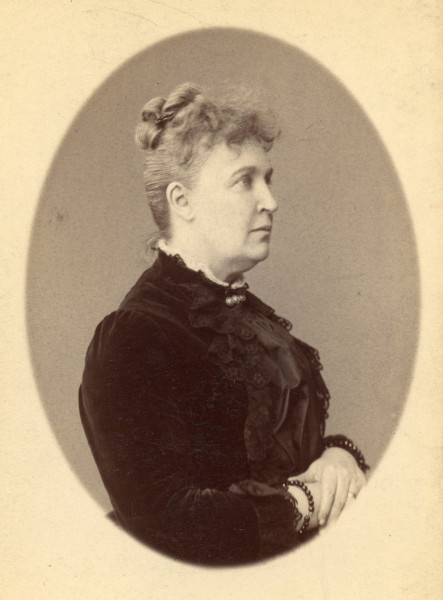 Everywhere he looked? Papers. Bundles of 19th-century receipts from long-lost Beloit businesses. Mysterious papers from Professor Emerson’s involvement with Yale’s secret Skull & Bones Society. Reams of art history notes in Madame Emerson’s (above) nearly indecipherable hand, coated in a light film of coal dust. There was an extra spring in Richardson’s step when he dashed home for his wheelbarrow. 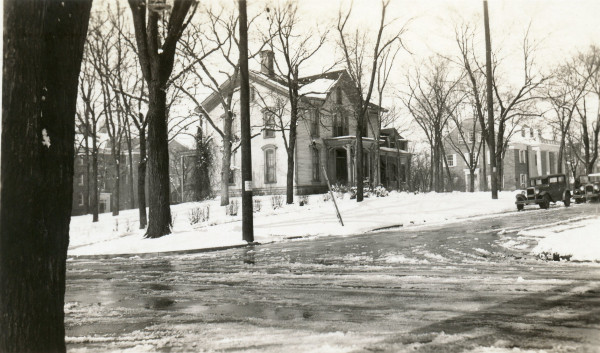 During the ensuing days he wore a groove back and forth between the Emerson house and his own, nearby on Church Street. Then, toiling over three decades, he collated and researched this vast trove of family papers, some dating back to the 1790s. He uncovered letters from famous New Englanders such as Lyman Beecher and Ralph Waldo Emerson. Missionary correspondence from remote countries and colonies. Early 19th-century letters to Emerson’s mother, Eliza Rockwell, which seem plucked straight out of a Jane Austen novel. Documents about the World’s Columbian Exposition of 1893 and the founding of the college art hall. 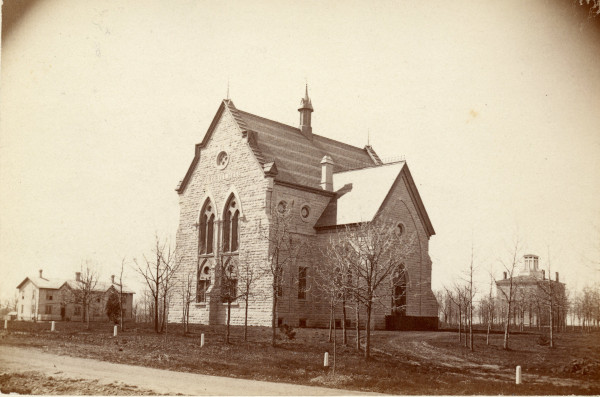 Nearly 100 years since Professor Richardson laboriously collected every scrap of paper from the Emerson attic, the Emerson family collection remains largely unexplored, still awaiting a fanatical glint in the eye of just the right researcher. A recent rummage through papers from the 1860s revealed the unpublished document below, a speech given by Professor Emerson at the groundbreaking ceremony for Memorial Hall (today, Logan Museum), given on May 22, 1867. Completed in 1869, the gothic limestone structure honored students and Beloit citizens who died in the Civil War. It also housed the college’s library and “College Cabinet,” a precursor to the Logan Museum of Anthropology. 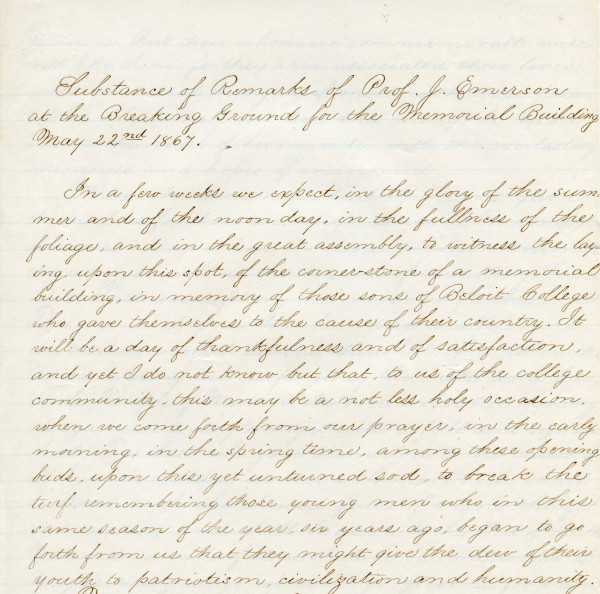 Substance of Remarks of Prof. J. Emerson at the Breaking Ground for the Memorial Building May 22, 1867:

In a few weeks we expect, in the glory of the summer and of the noon day, in the fullness of the foliage, and in the great assembly, to witness the laying upon this spot, of the cornerstone of a memorial building, in memory of those sons of Beloit College who gave themselves to the cause of their country. It will be a day of thankfulness and of satisfaction, and yet I do not know but that, to us of the college community, this may be a not less holy occasion, when we come forth from our prayer, in the early morning, in the spring time, among these opening buds, upon this yet unturned sod, to break the turf remembering those young men who in this same season of the year, six years ago, began to go forth from us that they might give the dew of their youth to patriotism, civilization and humanity.

The ground on which we stand suggests to us the question. Why do ye so? We stand among mounds heaped in other times by men who are forgotten. All we know is that they were men who had the thought that the memory of men may live after them. Their names are forgotten though their work remains. But those whom we commemorate were not like them; for they have associated their lives with the eternal thoughts of men, with those principles which shall ever live and always be more dear to the heart of humanity, with the everlasting memories and hopes of mankind.

When the three hundred Spartans gave themselves for their country’s cause at Thermopylae, there was set up a lion in stone to commemorate their act, as well as the name of their King, Leonidas. That was a fitting monument for that deed. The memorial of our three hundred recalls more the tradition which Athens cherished, that when the Barbaric army had swept away their city and burned the Temple of Wisdom, the sacred olive tree sprang up again in a single night with a full and vigorous shoot. For these who gave themselves to the cause of all human culture, we rear a shrine, which shall be stored with the choicest fruits of man’s thought and emotion, and shall be sacred to the God of Truth. Within these walls of stone shall be builded walls of thoughts, rising range upon range, glorious for a mind to contemplate. And that shall be a memorial for young men, who offered their lives that this culture and the high principles of truth and right might live.

But not these walls of stone or these ranks of books shall be the true memorial. Those young men representing the earlier classes of our college with their hearts full of the enthusiasms and the swelling hopes of youth, have shed their warm blood and laid their forms, in their full vigor, in the foundations of a living monument on which we are to build ourselves. As I look around upon this circle of young men, I ask, will you, and you, and you, and you, be a true and living stone in that monument? We are thankful, as we raise this memorial, that in the great crisis which came in its infancy the sons of Beloit College have been true. May it still be so, and may this monument be efficient among the means of making it so, that it may never be said, as men in other times shall look upon this building, that the sons of the college were true men in its early day, but that they are true no more.

Let us each resolve so to live, that those men shall not have died in vain.

Stop by the Morse Library for a new exhibit created by Beatrice McKenzie’s FYI in collaboration with the Beloit College Archives. “Everyday Experiences of the Civil War Seen through the Eyes of the Beloit Community” will remain up through the end of October.