Fridays with Fred: volumes of Beloitana

Over many installments of Fridays with Fred we’ve showcased dozens of treasures from the Beloit College Archives. However, housed in the same space but less well-known are Morse Library’s Special Collections. Most closely allied to the Archives is the Beloitana Collection, primarily books by and about alumni, faculty and staff. It’s where you’ll find books penned by revered professors of the past, such as Chad Walsh, Bink Noll, Carl Welty, and Harry Davis, or sci-fi and fantasy novels by alums Emma Bull and Will Shetterly. Or odd, quirky titles on seemingly every topic under the sun. Collecting antique marbles? Fresh-water algae of the United States? The 60-second novelist?

Here is sampler of a dozen of some of the most distinguished volumes in Beloitana: 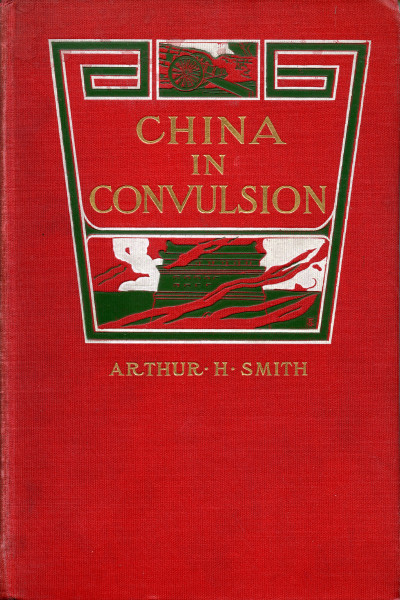 Arthur Henderson Smith, class of 1867, became one of the most well-known Beloit College graduates, serving as a missionary in China for 54 years and writing popular books about Chinese history and culture. His China in Convulsion, published in two volumes by the Fleming H. Revell Company in 1901, documents the history of the Boxer Rebellion. He later persuaded President Theodore Roosevelt to use indemnity money from China for education of Chinese students. Beloitana includes several of Smith’s books and the Beloit College Archives holds his Civil War diary, his autograph book, and numerous files concerning his work in China. 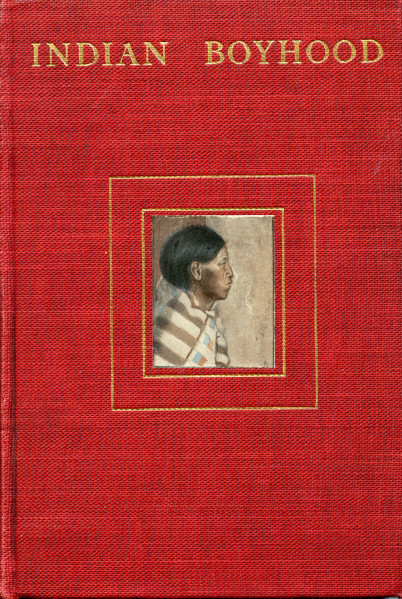 Charles Alexander Eastman (Ohiyesa) was one of several Native American students at Beloit College in the 1870s and by far the most famous. Eastman later graduated from Dartmouth College, became a medical doctor, treated the wounded after the massacre at Wounded Knee, and eventually achieved success as a prolific and well-regarded author. From Deep Woods to Civilization focuses on his education, including his experience at Beloit, while Indian Boyhood is a vivid, autobiographical account of his youth among the Santee Dakota. 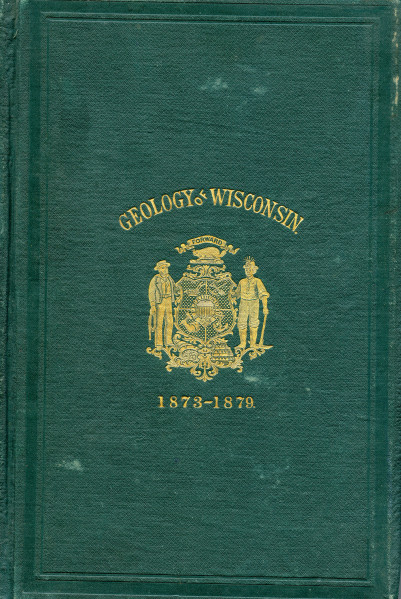 Published in four volumes, Geology of Wisconsin – Survey of 1873-1879, is one of Thomas C. Chamberlin’s lasting legacies. While editing the series, he also wrote important sections, including a pioneering study on the glaciation of southeastern Wisconsin. Chamberlin, class of 1866, had a distinguished career as an educator and university president and also served as chief geologist of the Wisconsin Geological Survey and founding editor of the Journal of Geology. Beloitana holds a complete set of the survey and the Beloit College Archives retains a vast collection of Chamberlin material, including rare diaries and photographs documenting his 1909 trip through China. 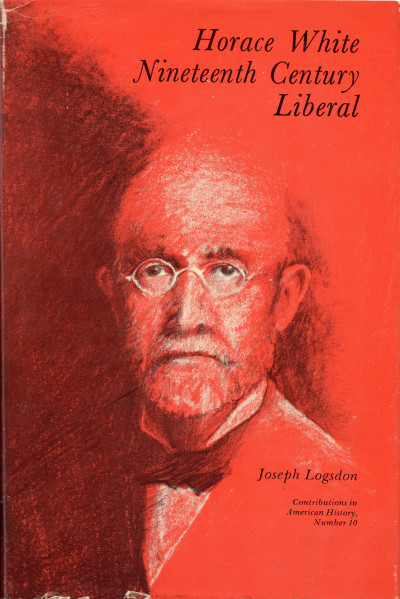 The son of one of Beloit’s pioneers, Horace White Jr., class of 1853, became a prominent journalist in Chicago and New York. He achieved fame not long after leaving Beloit, traveling by stagecoach with Abraham Lincoln to the various locations of the Lincoln-Douglas debates and providing eyewitness accounts to the Chicago Tribune. Years later, his friendship with Andrew Carnegie resulted in Carnegie’s gift of a library to the college, the building we know today as WAC. The Beloit College Archives and Special Collections house the Horace White Collection, donated by White’s family. The collection features books and pamphlets relating to Abraham Lincoln and the Civil War period, also including numerous anti-slavery and abolitionist tracts. Horace White – Nineteenth Century Liberal is a full-length biography published by Greenwood in 1971. 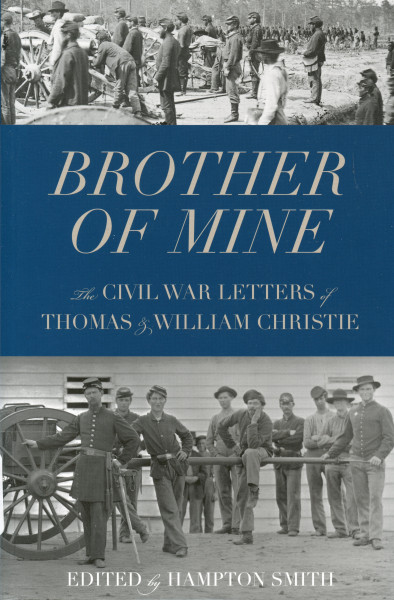 A recent book published by the Minnesota Historical Society Press, Brother of Mine – The Civil War Letters of Thomas & William Christie, includes wonderfully detailed letters covering many aspects of soldierly life, from the tedium of camp to the horrors of battle. After surviving the war, Thomas Christie entered the Beloit College Preparatory Department, eventually graduating from the college in 1871. Several years later he and his wife embarked for Turkey where they served as missionaries and educators. As president of St. Paul’s Institute in Tarsus, Christie helped provide relief to the victims of the Armenian massacres over a 20 year period. 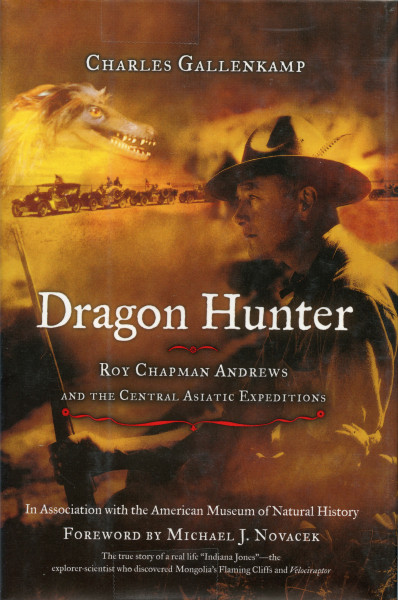 Viking Press published Charles Gallenkamp’s Dragon Hunter – Roy Chapman Andrews and the Central Asiatic Expeditions in 2001. Andrews grew up in Beloit, graduated from the college in 1906, and became famous as an explorer and writer. Under the direction of Andrews, the Central Asiatic Expeditions of 1922-1930 made many celebrated finds, including the discovery of fossil dinosaur eggs. Andrews documented his storied career in several books and was a prolific writer on a variety of topics. Beloitana holds many of his books and the College Archives features an extensive collection of publications, articles about Andrews, and several original letters and documents. 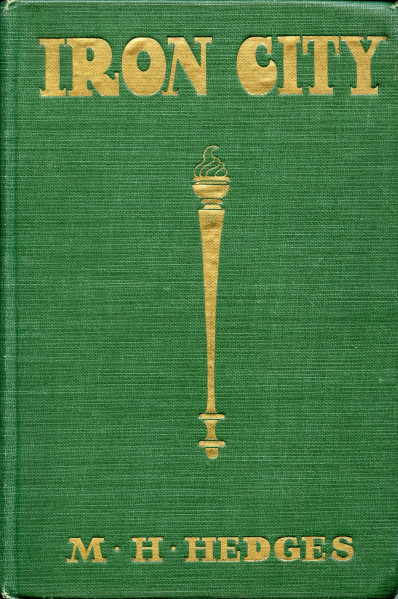 In 1919, Boni and Liveright published Iron City, the debut novel by Beloit College professor, Marion Hawthorne Hedges. Critics liked the radical proletarian novel, which also proffered a tangled love triangle perhaps designed to appeal to a less radicalized public. The novel’s biting satire and criticism directed at the labor movement and college education did not sit well with Beloiters who too easily recognized their hometown and its college on the hill. Despite the student body naming him their most popular professor, Hedges resigned under pressure in 1920 and never taught again. The Beloit College Archives holds numerous letters and articles regarding the novel and its resultant controversy. 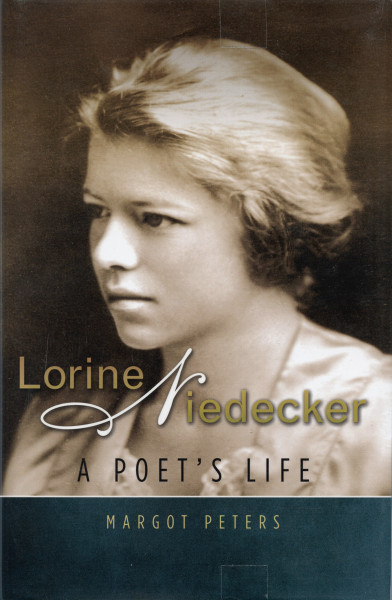 Lorine Niedecker attended Beloit College for two years in the 1920s and then seemingly disappeared only to emerge a few decades later as one of the nation’s most respected poets, an acclimation that grows by the year, long after her death in 1970. Biographer Margot Peters spent a day in the Beloit College Archives gleaning information about Niedecker’s time at the college, described in a chapter of Lorine Niedecker – A Poet’s Life, published by the University of Wisconsin Press in 2011. 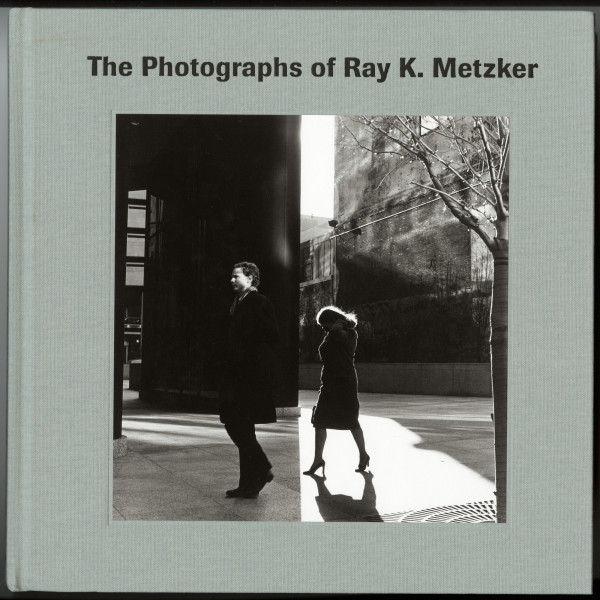 We’ve featured several of Ray Metzker’s Beloit College photographs in earlier Fridays with Fred installments and will no doubt include many more in the future. The 1953 graduate was clearly already a gifted photographer during his Beloit College News Service days, and he parlayed those gifts into a career as one of the nation’s great art photographers over the past 60 years. Metzker’s work continues to garner acclaim through publication of full-length studies of his work, the most recent being The Photographs of Ray K. Metzker, by Keith F. Davis, distributed by Yale University Press. The Archives holds many hundreds of Metzker’s Beloit College News Service photographs from the early 1950s, including a selection he recently donated. 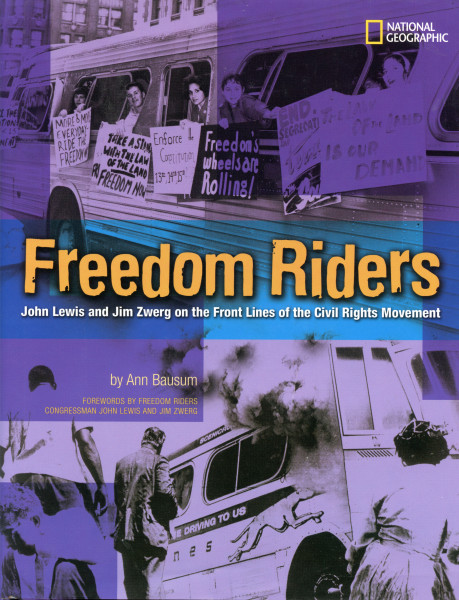 Jim Zwerg was a Beloit College student from Appleton, Wisconsin. In 1961 he attended Fisk University in Nashville, Tenn., as an exchange student, where he quickly became involved in Civil Rights protests such as movie theatre sit-ins. That May, he joined the Freedom Rides, whites and African-Americans traveling together through a still-segregated South. A white mob hauled Zwerg and others off of a Greyhound bus and beat them. The national headlines regarding Zwerg’s selfless bravery and commitment to his cause proved a catalyst for young people becoming interested in the Civil Rights Movement, including those at Beloit College. Ann Bausum, class of 1979, documents the rides as well as Zwerg’s friendship with Civil Rights leader Congressman John Lewis in Freedom Riders – John Lewis and Jim Zwerg on the Front Lines of the Civil Rights Movement, published by National Geographic in 2006. The Archives holds a collection of original newspaper clippings, correspondence, oral histories, and other documents about Jim Zwerg and the Freedom Rides. 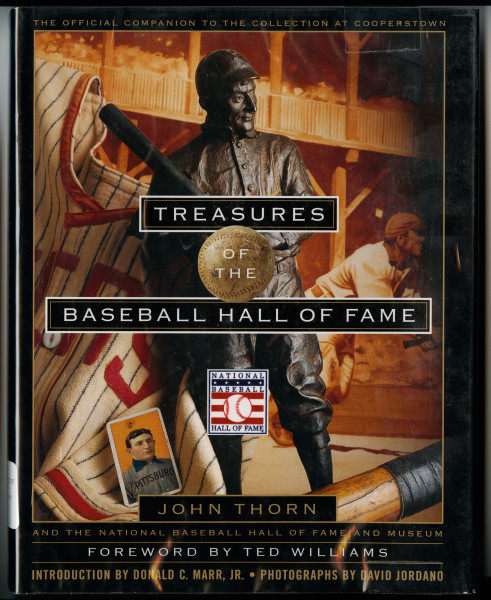 John Thorn, class of 1966, is well-known as the Official Baseball Historian for Major League Baseball. He is a prolific author on a variety of sports-related topics and his works include the seminal Total Baseball: the Official Encyclopedia of Major League Baseball, and the profusely illustrated Treasures of the Baseball Hall of Fame, published by Villard in 1998. For many years he worked tirelessly to induct another Beloiter into the Baseball Hall of Fame, a founder of the National League, William Hulbert, who attended the college’s Preparatory Department in 1851. The Hall finally enshrined Hulbert in 1995. 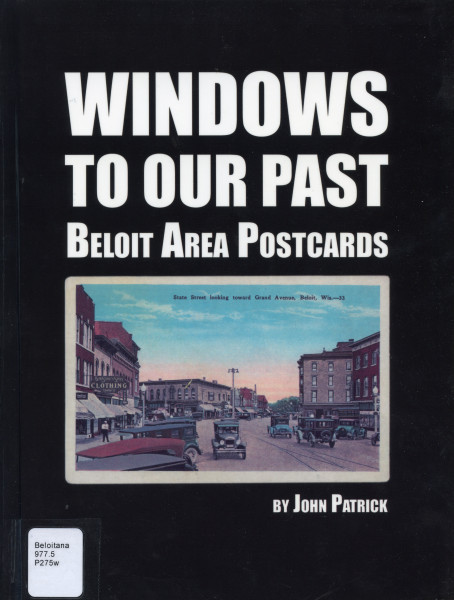 Along with its biographies and novels and volumes of nonfiction, Beloitana also includes a trove of books about Beloit and Beloit College. One of my favorites is Windows to Our Past – Beloit Area Postcards, published in 2003 and available locally. The book exhibits well over 200 vintage postcards of local scenes, from the Rock River to downtown, while also providing two dozen pages of Beloit College postcards. Most of the images include brief captions with dates and historical tidbits. Judging from the countless postcards in the Beloit College Archives not appearing in the book, someone could easily compile a volume two!