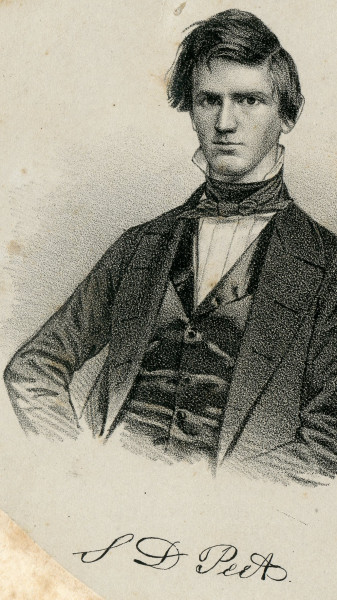 The typical mid-19th-century photograph of a Beloit College student reveals a young man dressed in formal attire, face serious, even grim. Did he ever laugh uproariously? Tease a roommate? Instigate pranks? Did he join friends for late night festivities? Indulge—or overindulge, as the case may be—in bacchanalian revelry? From our vantage point today it isn’t always easy to see the common threads running through every generation of Beloit College students. Someone might point out that students in those early years had no computers, no cellphones, no television, and for that matter, no electricity. Their world view was different. The classes they attended and the methods of instruction they received were different. Just about every aspect of daily life and academic life was different than it is today. And yet…

On a frigid night in January 1850, several students huddled together, blew on their cold hands, and hatched out a plan to warm things up. Stephen Denison Peet, one of Beloit’s first three graduates, then in his junior year, recorded the dramatic events in his journal:

Last night was a memorable one to me and one that I would not pass again in. Hooker, Bundy and myself were talking of playing tricks on Curtiss and we thought best to have some eatables. Accordingly when Wadsworth came from Mr. Thayer’s, Jonas went down after a pie and some cider which all but Horace White and Hooker wanted very much. While he was gone we planned to get a calf or some animal and put it in Curtiss’s room and then pile the wood against the door. When Jonas returned we attacked the pie, and among us drank two quarts of hard very poor cider. Jonas drank nearly a quart. Accordingly it was not long before we all but Hooker and Horace became excited. Wadsworth was tipsy. Emerson was beyond control and soon Jonas was dead drunk. For an hour he lay stupid…We then took water and threw it on his head to bring him to. In doing so I found the fellow had a very high fever – pulse very high and his system completely inflamed. This thing brought me to a completely sober condition although I had not at all been tipsy, and I immediately attended to him…Hooker and Horace looked on laughing but did nothing. We took him, put him on the lounge and passed with him an hour longer, he having become almost like a dead person. His hands were cold, his pulse was very high although the water had evidently dispelled the perfect prostration, yet he was very bad off. Finally while lying on the lounge, Wadsworth and Horace by him, he began to convulse and with all their efforts they could not hold him. I persuaded them to let him go. Accordingly, his convulsions threw him with a bound off from the lounge with force – I then took him in my arms and carried him out the door which revived him very much. As I carried him his heart seemed to beat as if it would really burst. It seemed as if the blood rushed by the cup full and then out again. Such a situation I never before saw one in. After it though, he seemed very much relieved and soon he could speak and moved about considerably…Then for two hours he carried on, keeping us in perfect paroxysms of laughter. At one we got him in bed and dispersed. Such a scene all in my room I never before witnessed. 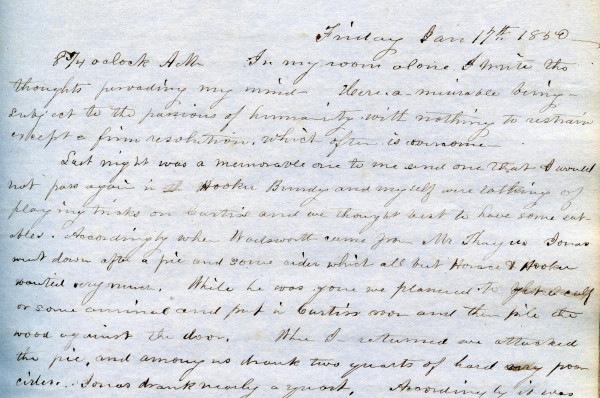 Indeed, such a scene may resonate with most college students, whatever generation. So, too, Peet’s conscience-stricken feelings of despair the morning after and his subsequent castigation of errant ways:

Oh that I could be governed by principle in everything…I spend my money destroy my health, influence, can’t study. I will be more decided. I will not suffer myself to eat or drink anything in connection with the other boys or allow anything after nine o’clock PM. If I am ever to be a scholar these things must be abandoned entirely. All this term I have spent merely in slightly studying lessons and the rest of the time devoted to self gratification. Evenings have been spent. Not one have I passed in study. Three of four times I have had refreshment with the boys. My Oration is not touched. Reading neglected, and a thousand other things are wrong.

Months later he formed a set of resolutions designed to combat his quite human failings.

First not to neglect prayer + self examination and to watch over my feelings and affections, so as not to be troubled or fretted by any occurrence in the room or with the family, and so as to be free from all jealousy toward my fellow students and to exercise a love for my family and more than all a love for the souls of those about me and especially a love for God. Second to deny myself, at the table, in seeking gratification to a feeling of uneasiness, whether in eating fruit or deviating from a regular study course. Thirdly to have a system + follow it every day. To be active, industrious, cultivate perseverance and decision.

Somewhere along the line Stephen Denison Peet followed through and became the active, industrious, persevering man he hoped to be. Perhaps, just as it is for many of us, it was simply a matter of sowing a few wild oats, growing wiser, and growing up. He went on to serve as a well-respected Congregational minister, all the while fostering another Beloit College tradition by becoming a distinguished – and pioneering – anthropologist. 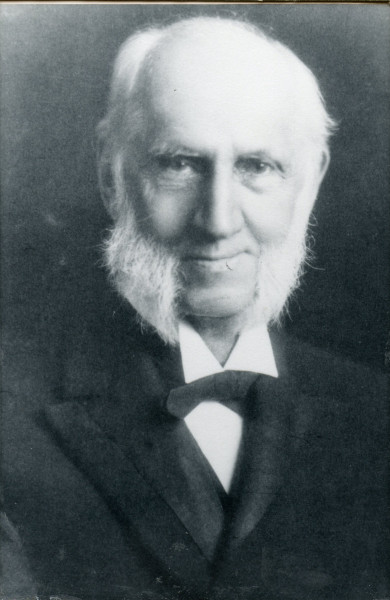