Those who dirtied themselves and the community with a so-called “underground newspaper” ought to be made to chew on a bar of soap while being whacked on their bare behinds with a razor strap. – Beloit Daily News editorial, June 11, 1968 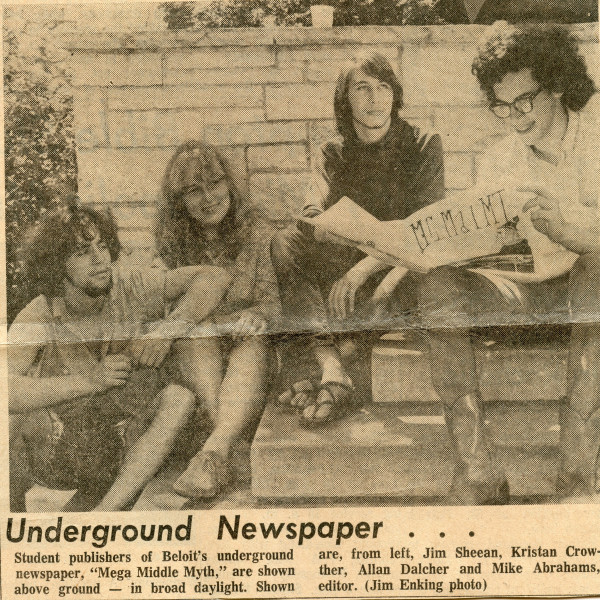 That June, several Beloit College students self-published the first issue of MegaMiddleMyth, described by editor Michael Abrahams as “propagating a radical view of music, art, America, politics, Beloit and education.” The Rockford Morning Star put it a different way: “The first issue…had a liberal sprinkling of four-letter words, some articles that dealt with sex and an assortment of social comments on the status quo in town and on campus.” The students named the paper after a poem in the first issue. An editor later told the Round Table that MegaMiddleMyth “could have been easily called Henry or Alphonse.” They thought the more psychedelic MegaMiddleMyth sounded more hip. 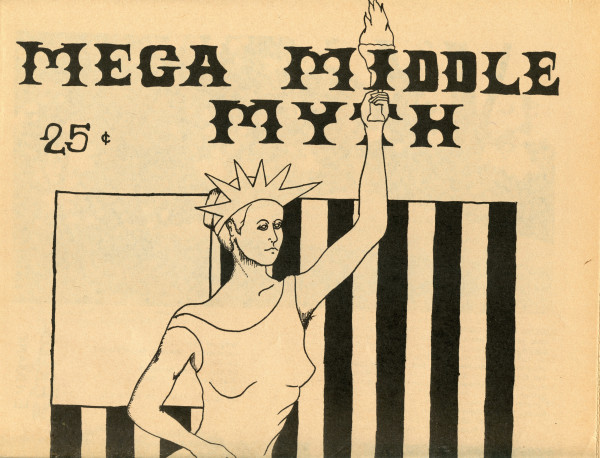 The hometown Beloit Daily News slammed the paper, calling it “a tripe-infested eight page thing that was sold for 25 cents a copy…at 25 cents it is, literally, a dirty gyp…Some of the material falls far below the usual concept of trashy reading. It is vulgar and in the worst possible taste. Its preoccupation with matters of collegiate life serves by implication to identify the paper with Beloit College, which is an insult to the school.” Their editorial featured a quote from a MegaMiddleMyth article about dormitory regulations: “De facto anarchy is the only honest way to deal with an unjust but powerful administration. Anarchy is the only solution. Let it be so.” 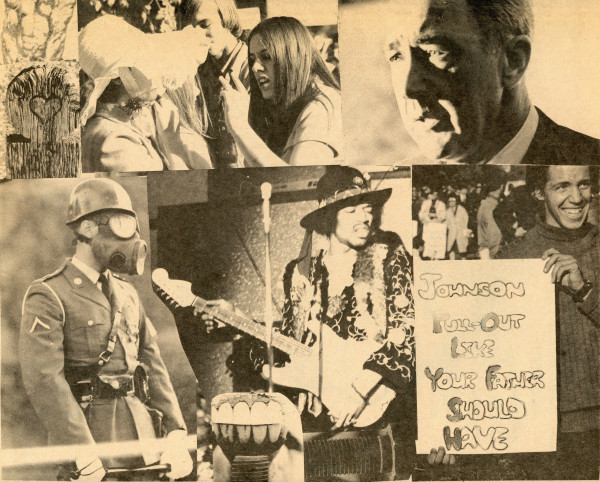 Such a rebellious call to arms did not sit well with a generally conservative populace and when MegaMiddleMyth’s staff sought approval to peddle copies downtown, they met fierce resistance from the Beloit City Council. At 9:05 p.m. on Monday, July 1, as the seven councilmen completed their 30-item agenda, Michael Abrahams stood up and requested permission for street sales. An on-the-spot Beloit Daily News reporter recorded their conversation. 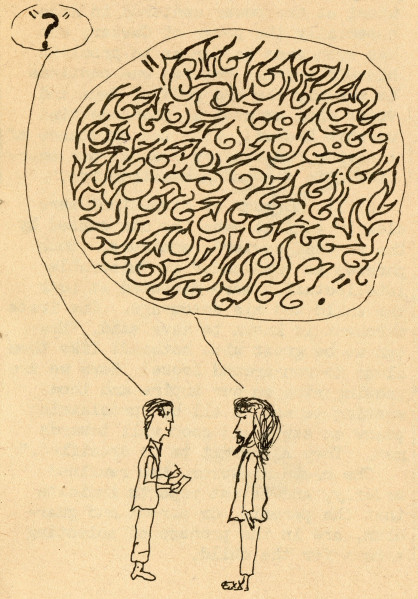 City Council President Robert Tilley: Does it take much education to put out a paper like this? (glancing at the paper in his hand.)

Abrahams: One must know how to lay it out and paste it down.

Tilley: What about morality?

It took only 30 seconds for the Council to deny permission.

MegaMiddleMyth tried another tactic, distributing leaflets promoting the newspaper, also seeking out sympathetic businesses for distribution, a tough nut to crack when even the Beloit College Bookstore refused space on its shelves. In a letter to the editor, Abrahams claimed that although several councilors had never seen MegaMiddleMyth, without any debate they shut the door on their request. 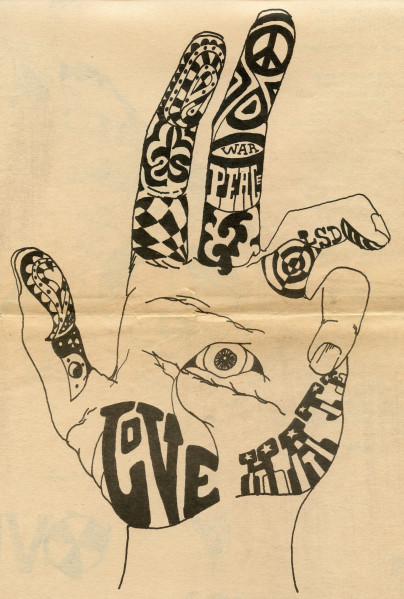 “The City Council is denying many of the citizens of Beloit the right to like or dislike us, for many people will never see MegaMiddleMyth if we cannot sell on the sidewalk…[Their] refusal…is unfortunately just one more example of the totalitarianism running rampant in America today. Through democracy and the free exchange of ideas, MegaMiddleMyth is trying to fight that totalitarianism.”

Beloit’s City Council did not leave it at that, but worked on shoring up a 1926 ordinance for controlling the dissemination of obscene material. MegaMiddleMyth editors checked city codes and discovered that the city’s police chief should have made the decision about street sales. However, the chief referred the students back to the Council, which stalled. One of the editors, Allan Dalcher, complained about the slow and obstructive turnings of Beloit’s bureaucracy. Meanwhile, the Beloit Daily News reported City Attorney Samuel Loizzo’s assurance to the Council that the obscenity code “takes into consideration the latest Supreme Court decisions and that in accordance with them, Beloit is able to set the standards as it sees fit for its own people.” 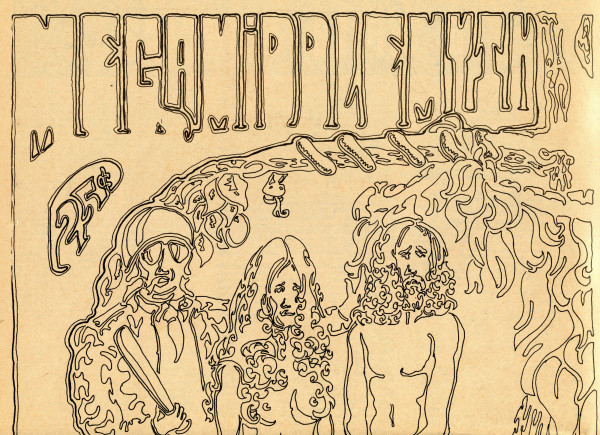 The Beloit Rotary Club invited Allan Dalcher to speak about MegaMiddleMyth and its ban from the streets of Beloit. It was a tough sell to “generally unsympathetic Rotarians,” according to the Round Table: “Dalcher told the Rotary Club that there is ‘a growing political faction’ which finds it necessary to express itself through underground newspapers…Underground newspapers, he said, are telling Americans to ‘wake up to see what you’re doing to the world and doing to yourself.’” Dalcher also talked about the value of underground newspapers to the anti-war movement.

By August, the City Council adopted an ordinance banning what the Beloit Daily News characterized as “obscene material from the community.” The paper lauded the measure combating society’s “moral malaise,” but admitted that such a law could lead to wide interpretation: “A major difficulty in the enforcement of the city’s new obscenity law is that in this era of the ‘new morality,’ what is adjudged by some to be obscene is downright tame by the standards of others. The wisdom does not exist that can draw a line acceptable to all.” 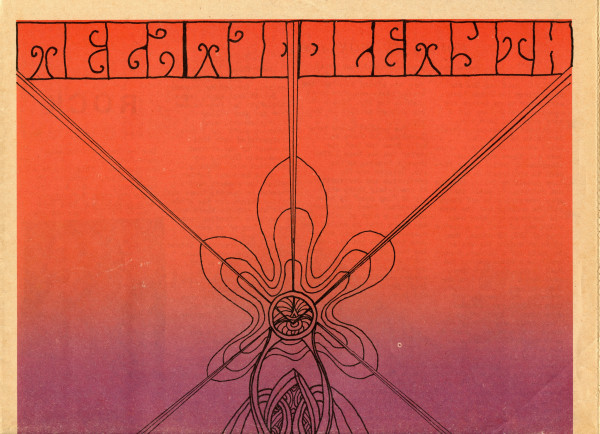 And with the obscenity code in mind, Beloit police investigated each issue of MegaMiddleMyth and found, according to District Attorney Robert Ruth, that “up to this point at least, there is no violation of a criminal law.” MegaMiddleMyth’s budding radical journalists persisted and took to the road, distributing the paper on other college campuses where they met typically receptive students and typically unreceptive administrators. As Mike Abrahams explained in one of his “Mega-rap” editorials, “MegaMiddleMyth exists for we who want a new society, a new kind of life. Help us make it a strong voice of the disaffected, a force against repression and deadness of heart. Help us set the chimes of freedom flashing.”

MegaMiddleMyth was not Beloit’s only underground newspaper, though certainly the most prolific. The Beloit College Archives holds an incomplete run of tattered, yellowing copies, still radiating the rambunctious spirit of 1968, but sadly missing its notorious first issue.