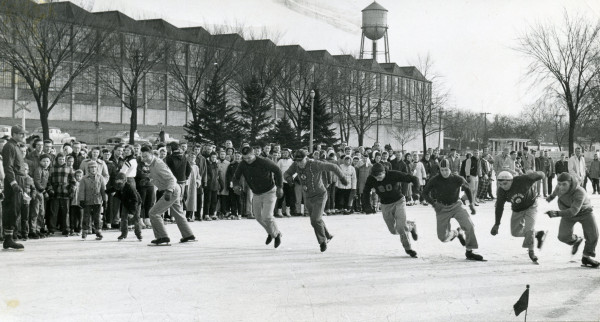 The eager line of fraternity men wear sharpened skates and await the blast from a starting pistol. Frosty gloves mold snow and ice into a monstrously huge—yet recognizable—puppy dog. A beaming president crowns a queen-for-the-day. On a frigid night, when icicles hang from every leaky gutter, dancers steam up the Union with their frenzied steps. 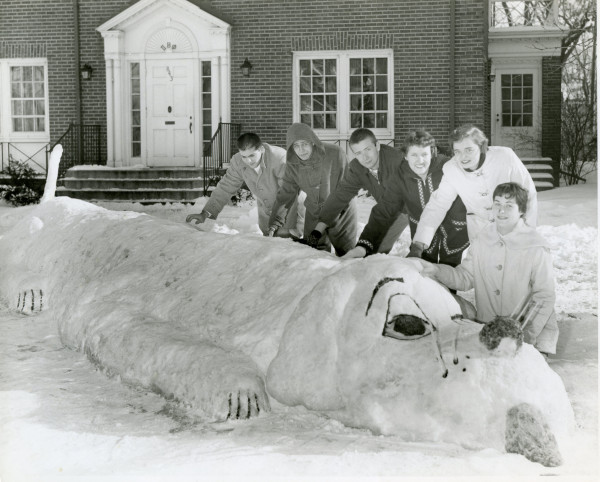 Winter Carnival, one of Beloit College’s lost traditions, flowered for about a decade in the 1950s and 1960s. An offshoot of the popular “Campus Carnival,” Winter Carnival took place early in January—if Mother Nature provided the requisite snow and ice. Like many campus social activities at the time, fraternities and sororities planned and implemented the carnival events through the auspices of Social Board. A typical Winter Carnival began with selected professors judging the snow sculptures created by the freshmen pledge classes of each Greek group. These very creative, though temporary, works of art varied in subject matter from ridiculously profound to profoundly ridiculous. Sometimes, as in 1960, when students labored over sculptures relating in some way to world development, particular themes prevailed. That year, Delta Gamma was the sorority winner with “S’no Love, S’no World,” while Sigma Chi took the Fraternity honors with “Keep the Torch of Peace Burning.” 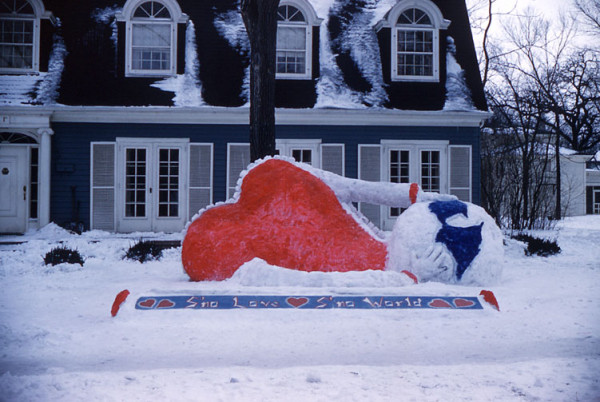 After announcing the winners of the snow sculpting contest, students headed down hill to the lagoon at Riverside Park for both figure skating and racing events between Greek groups. During intermission, a carnival official introduced the Winter Carnival Queen candidates. As the shrill of a whistle marked the end of the contests, winners lined up and received their trophies. 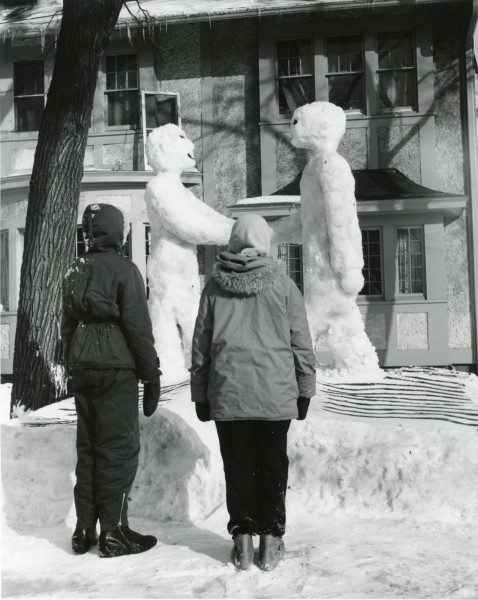 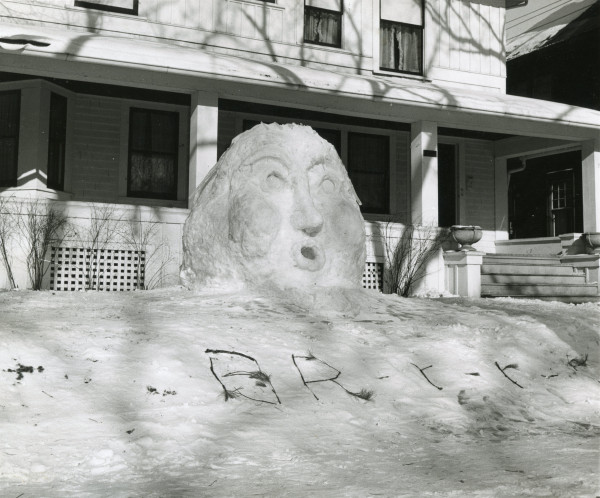 In its first years, the Field House hosted the Winter Carnival Dance, but once the Smith Union opened in 1957, students trod the ever-creaking boards of the Union Ballroom. In 1959 they dubbed the dance, “Snowfistication.” The Gold yearbook reported that “the ballroom was transformed into the cold north with the Old North Wind blowing his snowflakes and icicles throughout the room.” Dancers swirled to the jazz styling of Rich Witmer and Combo. The evening culminated with the crowning of the Winter Carnival Queen. In 1963, students also elected a Winter Carnival King, a dog named Boris Porter, described by the Gold as “that huge, wonderful, and otherwise nondescript mutt…the novelty of the incident not only captivated the spectators and our queen who received a wet face in return for a kiss, but also news reporters in 44 big cities from coast to coast once again placing Beloit on the map.” 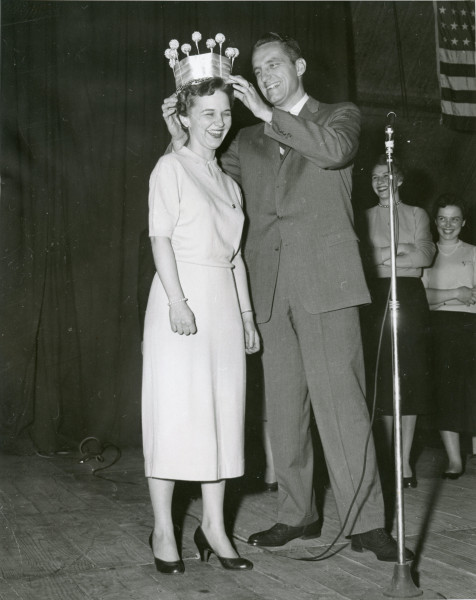 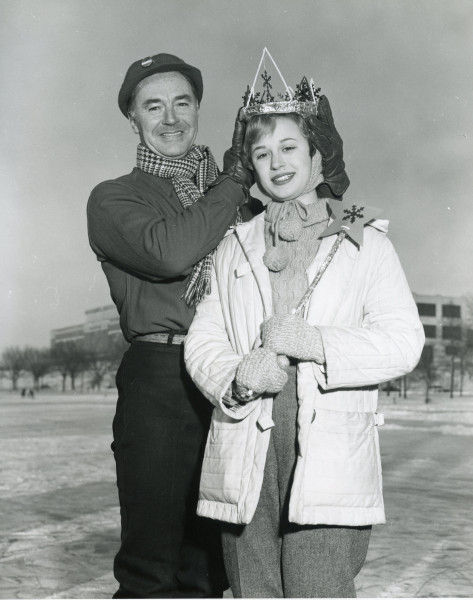 Grand plans had been made for the traditional Winter Carnival. To start the festivities, President Upton was to be hauled about the lagoon in a sleigh by eight tiny reindeer, the Board of Trustees. Sonja Heine was to skate up the Mississippi River and from the Rock River to the Lagoon. But…snowless week followed snowless week. Finally, in the grip of desperation, the committee in charge picked a Saturday when the temperature dropped to ten degrees, plopped President Upton into the sled, and prayed to Yahweh that the ice would not crack. It did not. A week later the powers that be came through with sub-zero weather and six inches of snow. 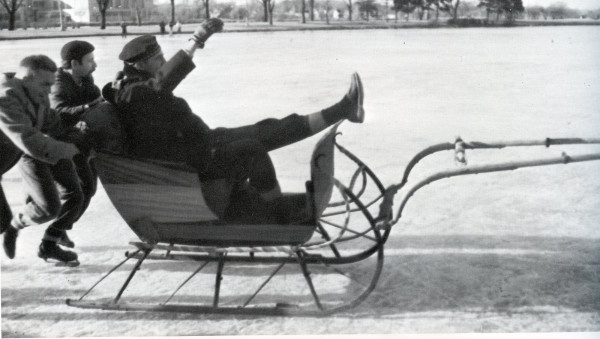 Winter Carnival survived into the mid 1960s, but with the advent of the Beloit Plan in 1964 and the inevitable societal turmoil as the decade wore on, the tradition faded, with only sporadic attempts at reviving it.