Fridays with Fred: A 1919 letter from China

A look at a collection of letters from a Beloit College alumnus while in China.

Many of Beloit College’s early graduates served as missionaries. Some chose to work within the borders of the United States with Native Americans or with freed slaves after the Civil War. Others chose faraway lands such as China, Japan, and Turkey.

Many of these alumnus took the spirit of their alma mater with them and became educators. A few, such as Arthur Henderson Smith in China, achieved fame in their field and wrote books about their experiences. Most, however, toiled in relative obscurity.

One such alum was Anne Bassett Kelley, known as Nan to her family and friends. After graduating from Beloit College in 1907, she became a teacher, first in Wisconsin and North Dakota and then, in 1918, under the auspices of the American Board of Commissioners for Foreign Missions, at the Bridgman Academy in Peking, China. She left her mark among her many pupils and a legacy through a fabulous collection of correspondence, today one of the distinctive treasures in the Beloit College Archives. 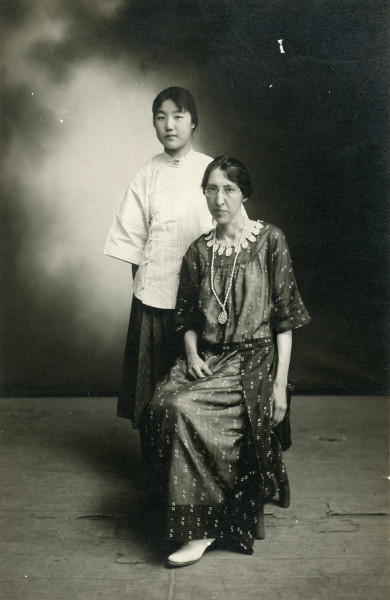 A few years ago her great niece donated hundreds of Kelley’s letters from China written during 1919-23, as well as letters from her adopted daughter in China to Kelley and other family members, dating from the 1940s through the 1990s. Tucked here and there within the correspondence, were numerous snapshots and some memorabilia from Kelley’s stay in China. Kelley’s letters, written by hand or typed on ultra-thin paper, are marvelously descriptive of her daily life as well as her work, and also include her more contemplative thoughts and reactions. One of her letters home, written on Feb. 2, 1919, describes some of the sights and sounds during preparation for Chinese New Year:

All the week before New Year’s Day, the shops are full of new things to help in the celebration, kites of wonderful shapes, a great many of them like bats or butterflies, lanterns also in shapes of animals, fish, stars etc. – flowers artificial for decoration of house and small ones for hair ornaments. Many kinds of New Years pictures, especially the paper gods which are bought and pasted up on gate and door and in the home. I bought a few and am sending them home rolled up in a newspaper. They cost only a few cents and are very interesting, tho it makes one feel queer to realize more than ever before, that countless Chinese really believe in and worship these paper pictures. Then there are candy images of people and fruits of candy and quantities of fire works. It is the biggest time of the whole year. 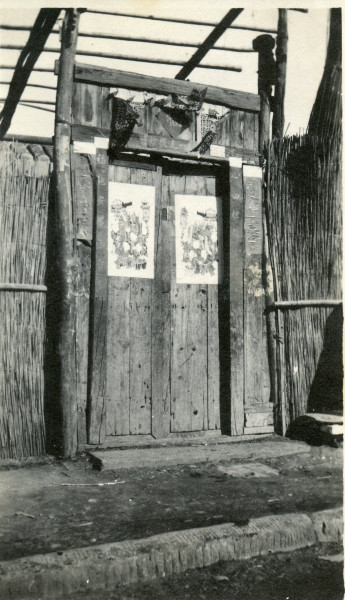 All thru the week before New Year’s, fire works are shot off by the zealous people, but New Year’s Eve there is an almost continuous bang bang which keeps up all night, and the next night, and thru the day, and I guess it lasts a whole week, tho I haven’t lived long enough yet to tell from experience. The streets are hung with red paper lanterns and everything looks festive. New Year’s Day is the only day in all the year when the shops are all closed. Everybody takes a holiday if it is at all possible – the streets are crowded near the temple where the fair is held, and thousands of people go to the temple to offer burned incense and worship the gods. 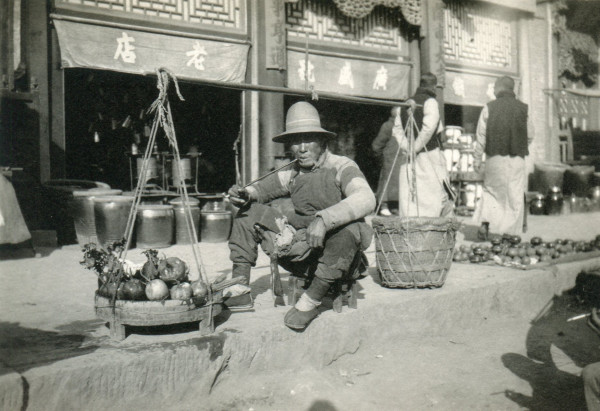 Miss Reed took me out to see the temple fair yesterday…There were several courts such as you read about in the Bible. They were all filled with people, some selling, some buying, and some gazing. Everything was to be bought – it reminded me of county fair and circus day at home. 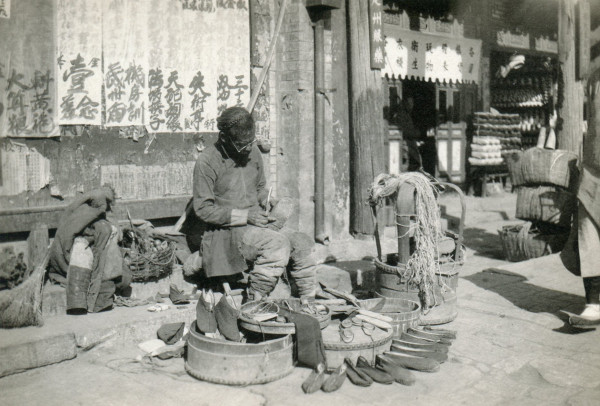 There were side shows of various kinds, games of chance, all kinds of “eats,” toys, pictures, everything practically that could be bought in a shop. The crowds were so great that sometimes we could scarcely get thru. Around one of the inner courts were the rooms where the Gods were. I don’t know how many such rooms there were – open entirely on the side facing the court. We walked around watching the people. In front of each room, there was one of the large kettles or incense burners. The people would buy bunches of incense, light a whole bunch at a time, place it in the caldron, then kneel on a mat in front of the gate or fence, and bow the head to the ground, generally three times, then go in to the next place. Sometimes they came alone, sometimes husband and wife, sometimes children with their parents.” 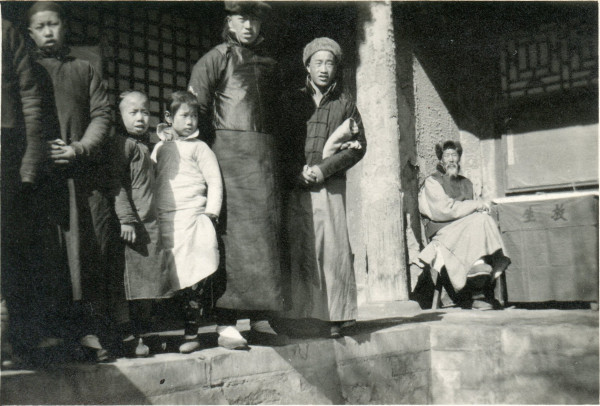 Nan Kelley returned to the United States in 1941 due to worsening political tensions and upheaval in China. For several years she taught English to refugees in New York City, before retiring to Pilgrim Place in Claremont, California, where she passed away on December 16, 1972. 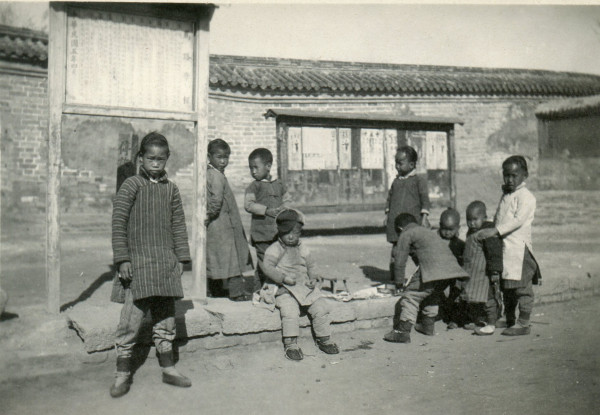