Fridays with Fred: the news (and blueprint!) papers of old Beloit

A look at a vintage newspaper with a unique method of production.

Beloit, Wisconsin was always a lively town for newspapers, especially in the 19th and early 20th centuries. A news-hungry reader might latch onto the Beloit Evening Argus, the Beloit Crescent, the Beloit Daily Free Press, the Beloit Graphic, the Beloit Herald, the Citizen’s Advance, or the Daily Phonograph, among others. Beginning in 1894, for at least a decade, the city even hosted a German language paper, the Deutsche Zeitung. By far the most distinctive and most unusual newspaper of all, however, was the Searchlight, produced by the grandson of Beloit College’s first instructor, Sereno Taylor Merrill. 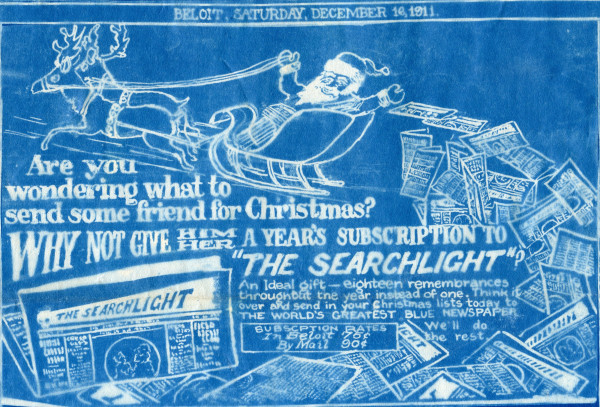 Louis Taylor Merrill, who later went by Taylor, clearly had a precocious streak. In 1908, while still in grade school, he and his friend Burdette P. Eldred, Jr. had edited and published a small newspaper called the Beloit Tribune, which Taylor later joked, “died of poor circulation.” Two years later, having graduated from the eighth grade at Strong School, Taylor was ready for a new venture. Taking note of some architectural blueprints, he wondered whether he could produce a newspaper using the same technique and after some trial and error, he succeeded. 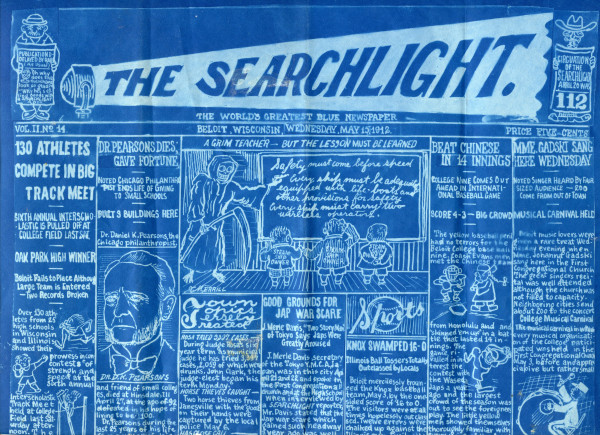 Already a talented writer and cartoonist at the age of 14, he decided to write and illustrate the entire content of his newspaper himself, with no outside assistance. Without a printing press or even a typewriter at hand, he developed a unique method for printing the newspaper, as he explained to the Christian Science Monitor in a December 1911 news story: “…The printing process…is identical with that employed by architects and draftsmen. The matter is first printed with India ink on transparent or tracing paper, and from this negative prints are taken on blue print paper. The process is not as slow and difficult as you would assume. Only about one minute is required to make a print on a sunshiny day.” Cloudy days, of course, delayed publication.

The first issue of the Searchlight appeared on Aug. 11, 1910 at a nickel a copy. Initially, Taylor published an issue every two weeks, but found the pace a little too ambitious and so he moved to an every third Saturday schedule. Many of Taylor’s articles included illustrations, and he also drew humorous editorial cartoons, which proved popular. Within a short time, the Searchlight boasted a circulation of over 100 copies. Taylor liked to boast that his newspaper had an international reach, as one subscriber lived in Japan. Newspapers and magazines around the country began to take notice and featured articles about the entertaining, well-crafted, and undoubtedly unique newspaper, which Taylor began to bill on the masthead as “The World’s Greatest Blue Newspaper.” 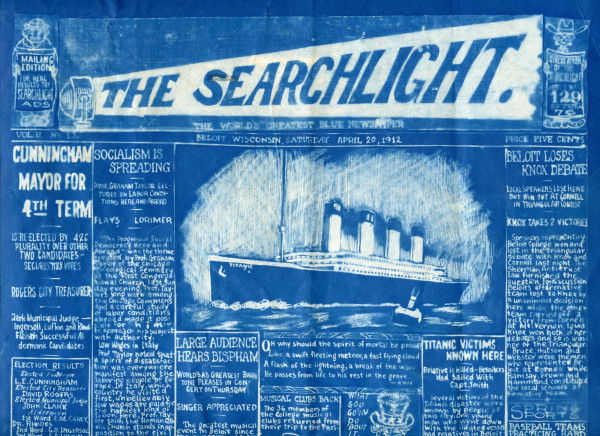 Although he focused on city and Beloit College events, Taylor earned praise for his political editorials and editorial cartoons and once even scooped competing local papers by announcing the election of Beloit mayor L. E. Cunningham in 1912 before the others went to press. That April, an issue of the Searchlight featured Taylor’s detailed drawing of the Titanic as well as political content such as a cartoon depicting Teddy Roosevelt leading “the people” by a chain attached to someone’s nose, and an editorial urging readers to vote for William H. Taft for president. 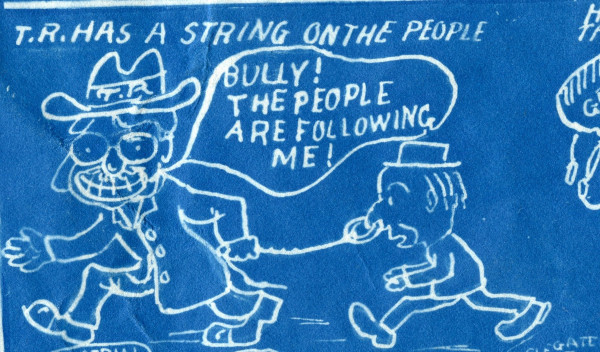 The Beloit Daily Free Press was well aware of a budding talent in their midst. While only a sophomore in high school, Taylor began work as a cub reporter for the leading Beloit newspaper, soon to merge with the Beloit Daily News. Since he found much less time for his own endeavor, publication of the Searchlight ceased. 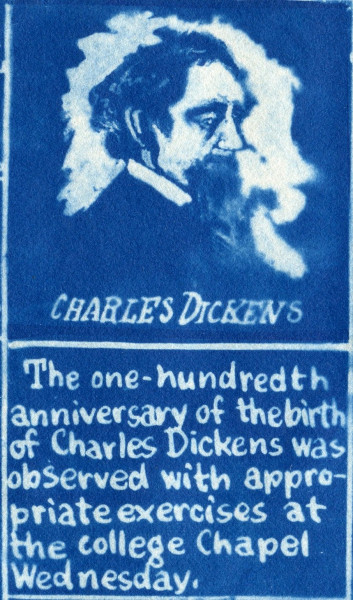 Taylor went on to attend Beloit College, served in World War I, wrote editorials for the Beloit Daily News and then moved on to the Milwaukee Sentinel, U.S. News, and other newspapers. Having caught the teaching bug and having received his Ph.D. at the University of Chicago, he returned to Beloit College in 1938 as a professor of history. Taylor thrilled his classes by occasionally dressing up in costume and reenacting historical events. A lifelong baseball fan, he was instrumental in bringing the sport back to Beloit College after a hiatus of over 30 years, and as a result, the college awarded him an honorary athletic letter and cap. The only other recipient of the honor had been Vice President Richard Nixon a few years earlier. Taylor also served as pastor of the Congregational church in nearby Shopiere. He passed away in 1960. 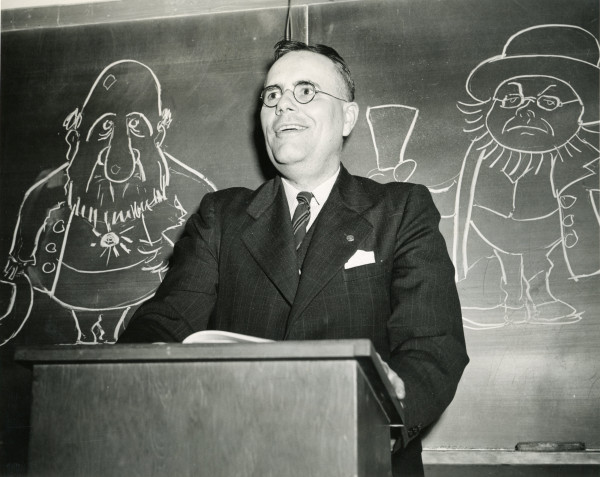 More than a century has flown by since an ambitious and creative young boy produced the “world’s greatest blue newspaper.” A goodly, though incomplete stack of vivid blue Searchlight issues reside in the College Archives, still crisp and snappy and readable so many years after basking in a long ago patch of Beloit sunlight, fitting mementos to one of Beloit’s endearing characters.