Origins and history of the Beloit College Bookstore.

Until the early 20th century, Beloit College had little need for its own bookstore. Especially in its earliest years, when professors used few textbooks. Students bought their books and supplies downtown, although as far back as 1860, a few entrepreneurial students listened to grumbling over high prices and set up shop in their rooms, undercutting local merchants, who then did their utmost to stymie them. Joseph P. Dyas, class of 1876, managed to pay all of his college expenses selling books and on Commencement day found himself with a surplus of four dollars.

By the early 1890s, two enterprising students set up the “College Book Store,” appropriately enough on School Street. An advertisement in the college’s 1892 Codex yearbook, announced “Miscellaneous books of every description…second-hand books…now in use in Beloit College and Academy.” The store also served as “sole agents for Columbia Bicycles” and for “Soule’s Photographs,” and sold a variety of other useful items, such as “a fine line of Writing Papers, Tablets, Note Books, Mathematical Instruments,” and more.

The College Book Store continued under other student owners. By 1897 they advertised “the cheapest, most reliable and only complete Book Store in the city.” The store featured “a complete line of high grade papers for all purposes. Stamped Society paper always on hand.”

The store continued at various locations and under various owners, and branched out to include sporting goods such as “Spalding Jerseys” and boxing gloves as well as sundries for student rooms, even wallpaper. However, they were unable to compete against established business with greater resources. An oversized advertisement appeared in November 1906, announcing a “Closing Out Sale.” Everything had to go by January.

Meanwhile, in 1904, due to faculty and student desire for greater convenience in obtaining textbooks, Beloit College professors James A. Blaisdell and Robert C. Chapin, established the “Campus Book Store” in the basement of the college’s new Carnegie Library (in WAC), under student management. Along with books, the store offered “the best line of pennants, wall cloths, pillows, and skins in the city, at the lowest prices” and provided such services as developing and printing film, repairing fountain pens, and engraving stationery and the ever-important calling cards.

Within a few years the store migrated to the basement of North College (Campbell Hall). Chapin sold his share to Blaisdell, who eventually sold the business when he left to serve as president of Pomona College.

In 1911, the college took over and President Eaton appointed a Campus Book Store Committee, which oversaw student management of the store. Despite turning a slim profit within a few years, mismanagement led the college to appoint Professor Floyd E. Calland as the manager. Calland ran the bookstore until 1939 when he turned it over to the college’s business manager. That year, Calland wrote a history of his involvement with the bookstore, noting that the store had achieved a profit of over $20,000 under his management. 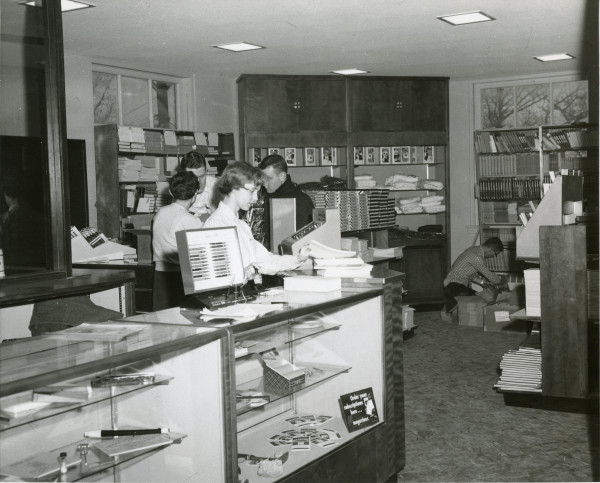 “The Campus Book Store is a necessary and permanent fixture in the every day life of the College,” he declared, also commenting that among his several innovations was the hiring of student workers at 30 cents per hour. “They are allowed to study when there are no customers,” he wrote. “They like their jobs. Thus the store helps to keep students in college.” 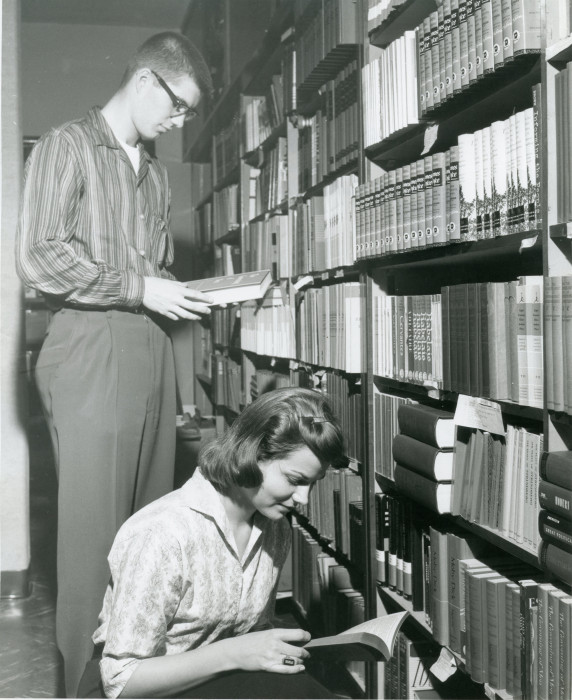 The bookstore moved into South College in 1941 and then into the Smith Building in 1957 as each building began its tenure as the Student Union. In 1985, the Beloit College Bookstore moved to Pearsons Hall after its renovation into the Jeffris-Wood Campus Center. The store’s expanded quarters included more room for an increasing number of textbooks as well as greeting cards, drugstore items, candy and snacks, and something newfangled called a “personal computer.” 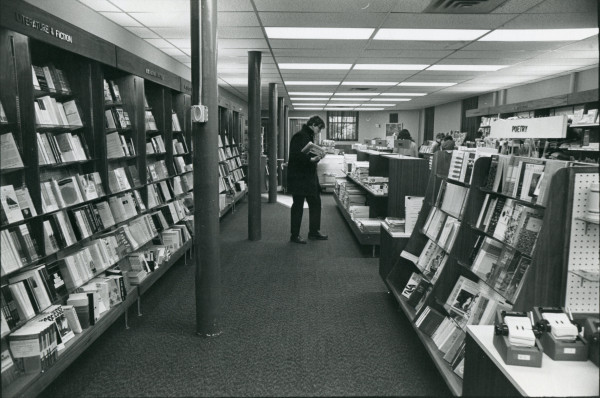 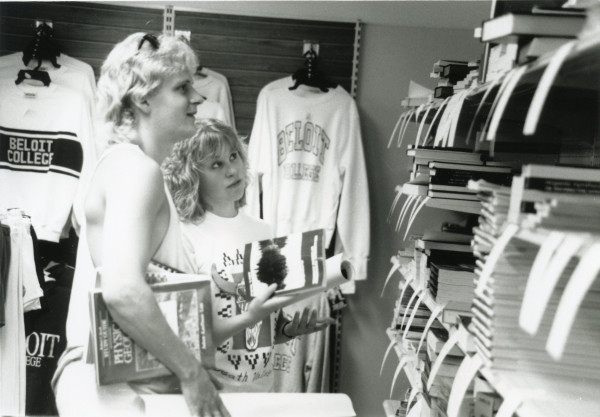 Beloit College Bookstore became Turtle Creek Books in 2001 when it moved downtown after renovation of the former Hotel Hilton on Grand Avenue. Turtle Creek Books was a much more commercial venture than ever before, open to the general public and featuring a large stock of books and college paraphernalia. The bookstore and other college ventures into downtown Beloit helped foster a new era of closer college and city ties. 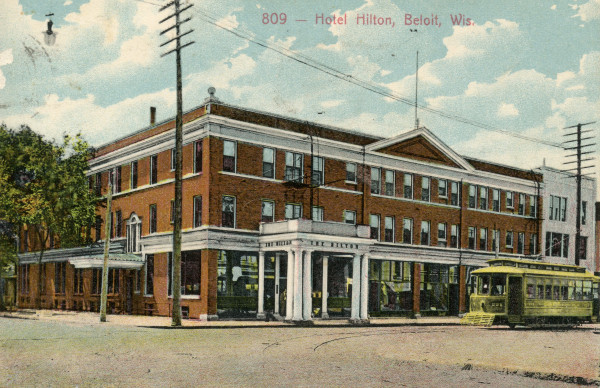