Fridays with Fred: Jitterbugging and card-playing in the first student union

The first student union and some of the fun that ensued.

At 2 p.m. on a warm, sultry day in April, a boisterous crowd of students gathered in front of the cream-colored bricks of South College. They listened to the chapel bells ring in the hour, followed by a fanfare of trumpets. President Irving Maurer walked up the steps to the front door, forked over a buffalo nickel, and received an ice cold Coca-Cola. Maurer turned to the crowd, holding the Coke aloft before smashing it against the side of the building. “I now pronounce the Beloit College Student Union open,” he called out. 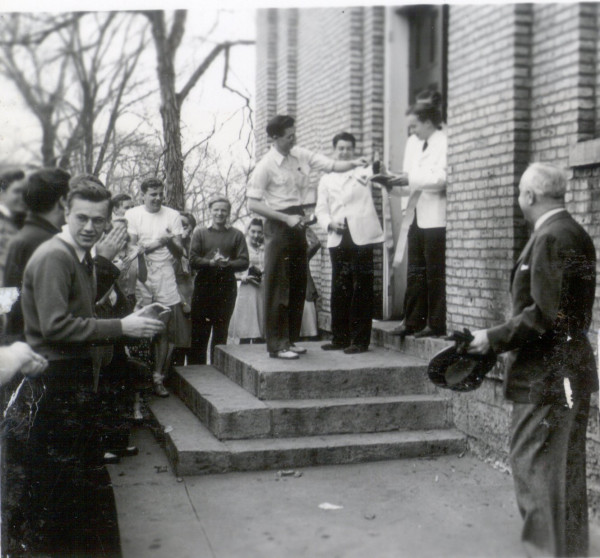 It had been a long time coming. Students had grumbled about the need for a student union for many years. Early, makeshift attempts such as the Archaean Union reading room and the eating club in North College, never quite satisfied. As the college expanded in size, the need for a place to gather, hang out, and relax seemed greater than ever. 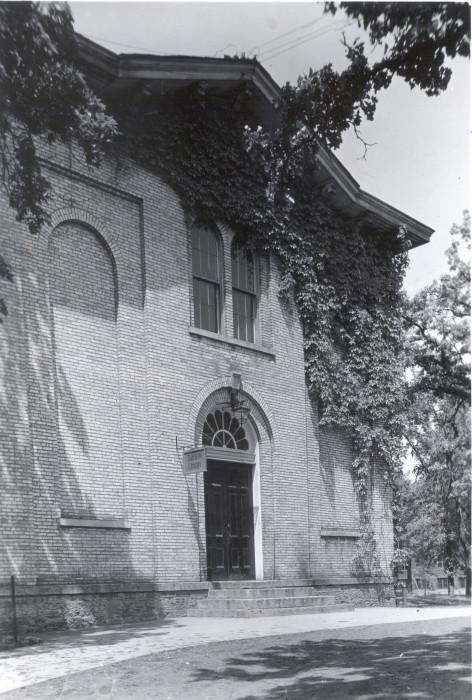 In November 1940, amidst news about the war in Europe and its potential impact on the student body, the Round Table announced that Senior Bench, a women’s honorary society, would circulate petitions soliciting signatures from Beloiters interested in creation of a student union. Maybeth Hart, speaking for Senior Bench, told the paper, “I have assurance that President Maurer is fully behind such a plan if enough students are.” The petitions were a resounding success, with 450 students backing the plan, nearly the entire student body. Faculty also voiced their support, eyeing the possible union as a place for lunch and to meet students informally. 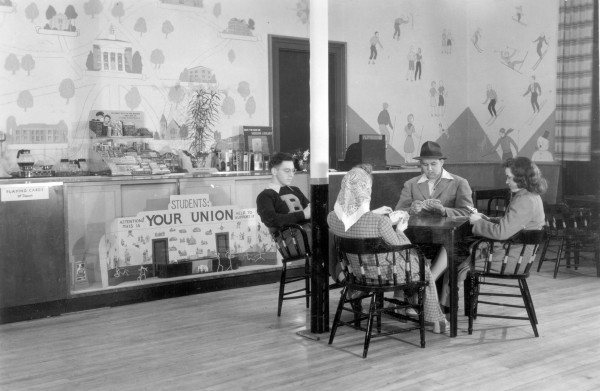 Next step: students formed a student/faculty committee through the General Board of the Associated Students and set to work drawing up formal plans. South College seemed a logical location for the union. Built in 1858, the sturdy little building had undergone numerous uses over the years, from Preparatory Department and chapel to Art Hall to combination music building and disused Rockford Student Lounge. While the committee met with college officials, including Treasurer Leon G. Herried, the Round Table pummelled the students with boosterish editorials.

“The Student Union is one movement that can’t die – the idea is too good to fall by the road-side,” the editor wrote. “We’re waiting for the day when the words, ‘I’ll meet you at the Union after class,’ will become the order of the day.” 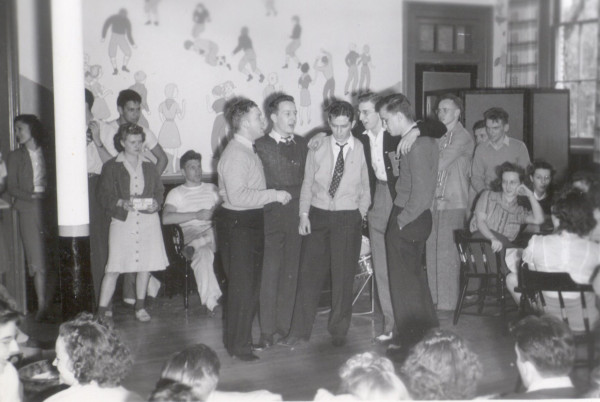 Treasurer Herried expressed concern that the union might not prove financially viable. Lawrence College, in Appleton, had recently opened a union which ran a $2,000 deficit. He proposed moving the college bookstore from Morse-Ingersoll to South College as one way to help bring traffic to the union and he suggested a “two dollar assessment” applied to the next term bill for every student, with another dollar “each ensuing term.” The committee hunkered down for further discussions. In any case, the college trustees had to formally approve the union before any renovation of South College began. 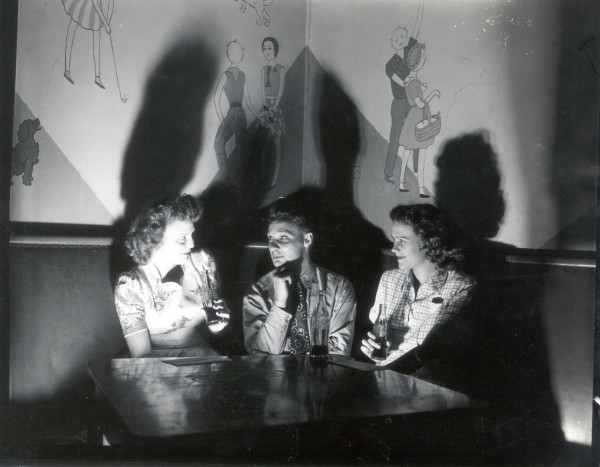 A Round Table headline on January 22, 1941 blared, “Over 400 Agree to Fee Boost; Only 30 Object.” Students met the trustees at the Union League Club in Chicago and handed over 25 pages of signatures and within 24 hours, the trustees nodded their collective heads in approval. By mid-February, the Round Table reported that college carpenters were hard at work in South College, lowering the ceiling 18 inches, applying coats of plaster, adding “hard-finished wallboard,” and installing “new and popular fluorescent bulbs.” Art professor Norman Tolson, proposed that his students create murals for the new student union. Tolson was well-known for his work overseeing decoration of the famous Stevens Hotel in Chicago when it opened in 1927. So, amidst a cacophony of hammering and sawing, students armed with stepladders and paintbrushes adorned the walls with whimsical cartoon-like characters set among college scenes. The union would include a fully appointed snack bar, booths, tables, comfortable chairs and couches, a well-stocked nickelodeon jukebox and space for dancing. Total cost of all the work: $3,500. 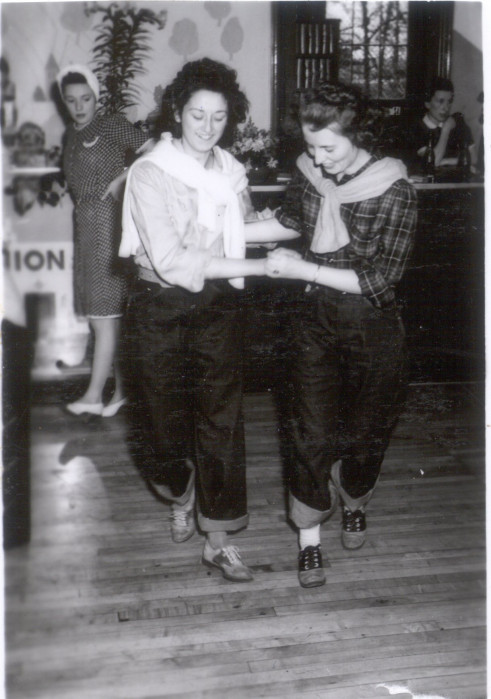 The college hired Kay Blakely, class of 1936, as manager and she told a reporter that students could expect “Cokes, coffee, malted milk, doughnuts, sandwiches of the uncooked variety and ice cream in Dixie cups.” Union rules allowed card playing and incipient card sharks might borrow a pack “upon a ten cent deposit.” Blakely issued a complicated set of hours which differed each day, sometimes depending on campus events. “Party nights…it will be open until half-hour before the lights flash at the dormitory porches.” 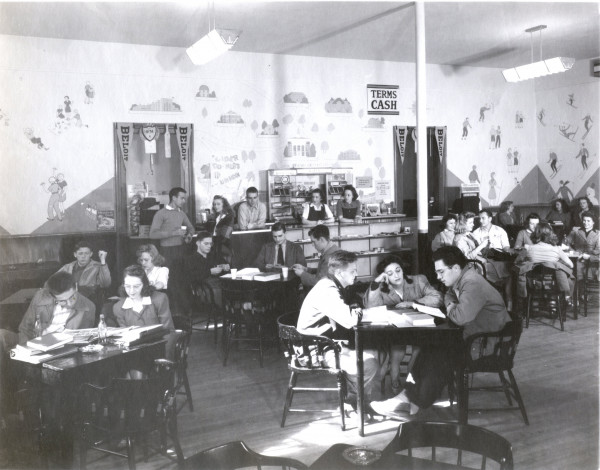 From its genesis in November to its debut in April, establishing the first Beloit College Student Union took less than half a year of hard work. On April 12, 1941, after speeches by President Maurer and Associated Students President John Biester, students swarmed into the refurbished space, jitterbugged to live music, and then sank down exhausted into cozy chairs, ready to pop the top off a well-deserved ice-cold soda pop. 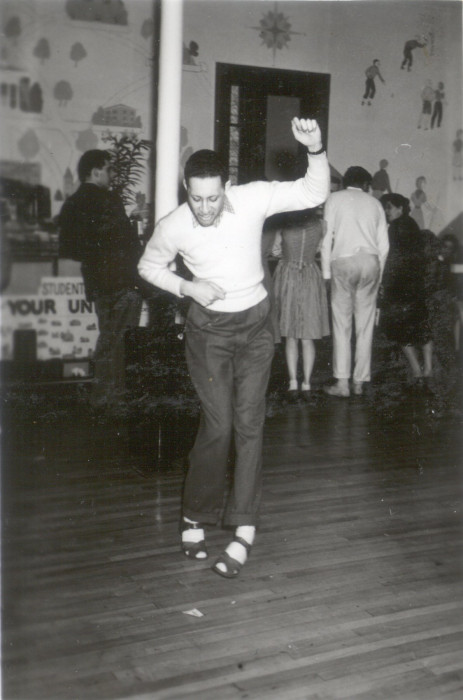