“If Japan and the United States are not better friends than ever hereafter it will not be the fault of Beloit College.” – The Beloit Daily News, June 7, 1911 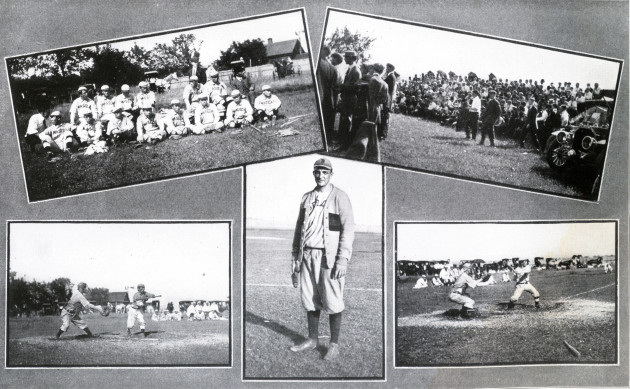 In a period when the college faced down and beat teams from much larger universities, Beloit College’s 1911 baseball team was not one of its most distinguished, struggling with a 6-6 record. However, that year they played one of their most intriguing opponents ever, a visiting team from Waseda University in Japan. While baseball in Japan is extremely popular today, it took many years for it to gain traction. Sponsored by the Japanese government, Waseda’s baseball team visited the United States for the first time in 1905. Their tour in 1911 took them from San Francisco to the East Coast, playing highly anticipated games against college and university teams. By the time they reached Beloit, they’d played 20 games, winning seven. Waseda Professor Frank T. Takasugi, a graduate of Northwestern University, served as their mentor and interpreter and as something of a spokesman for his country. “The stories that Japan and America are at swords points are all nonsense,” he told the Beloit Daily News. “The people of Japan like the Americans very well…”. Although the newspapers praised Waseda’s pitching and fielding, Takasugi explained their lack of batting prowess as a simple matter of fatigue: “We have been treated to receptions so much that the boys are losing too much sleep and it affects their playing.” 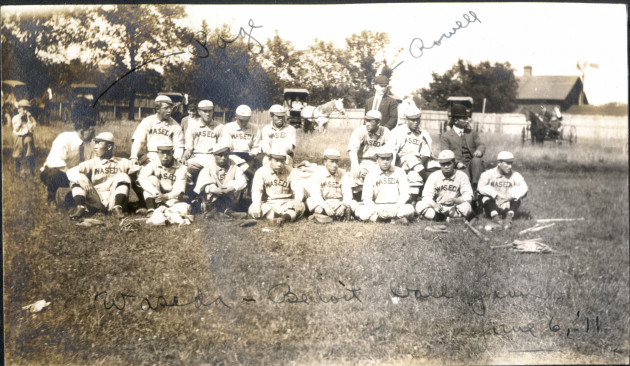 Waseda arrived at 11 o’clock on the morning of June 5, met by Beloit College students on the platform at the Northwestern railroad depot. First stop was the Hotel Hilton, today the site of Turtle Creek Bookstore, where the players rested and refreshed. By 3:30 p.m. over 600 spectators thronged the grandstand and sidelines at Keep Field. Beloit took an early lead in the first inning when a Waseda player muffed a ball, allowing second baseman Wallace Rowell to score. The teams appeared evenly matched, with Beloit’s star pitcher George Fucik and Waseda pitcher Omura hurling one scoreless inning after another until the seventh, when Waseda second baseman Hara singled, stole second base and then raced home on a hit by catcher Yamaguchi. It appeared that the hard-fought contest might go into extra innings, but in the ninth inning, Beloit’s catcher Iver Selleseth scored on third baseman Raymond Funk’s sacrifice. 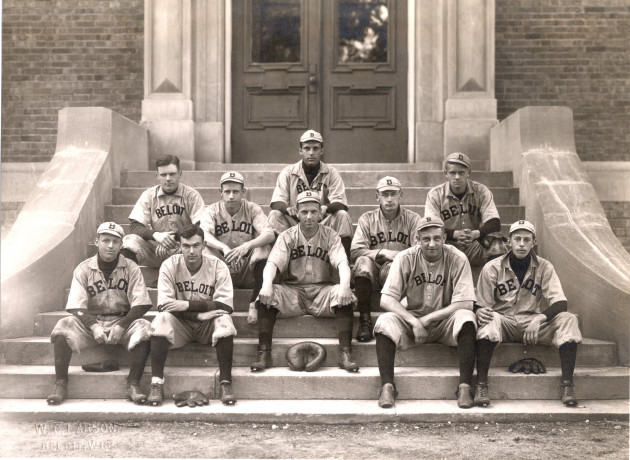 Waseda failed to score in the bottom of the ninth, despite Hara’s daring attempt to steal home with two strikes on the final batter, leaving Beloit the victor, 2-1. The jubilant Beloiters heard only scattered cheers. Throughout the game the enormous crowd had remained curiously silent, as the Round Table remarked: “Out of respect for Japanese custom, little ‘rooting’ was manifested and the cheering was done largely by hand-clapping.” 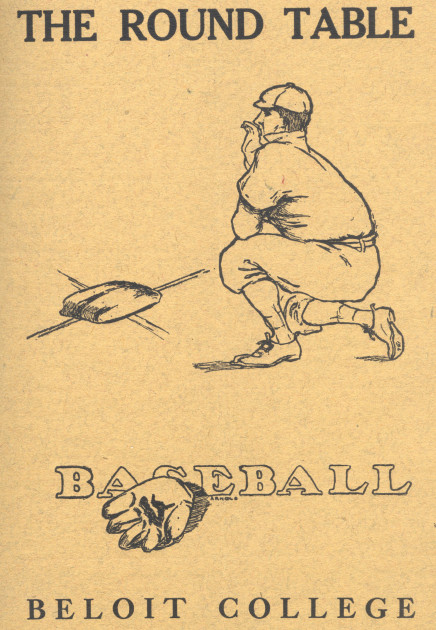 Following the game, the two teams gathered for a campus supper where they feted each other with grand toasts and speeches. President Edward Dwight Eaton offered a “delightful informal speech,” noted the Beloit Daily News, telling “the Oriental visitors that America and Japan were the two nations that ought to do much to further world peace. He highly praised Japan and felicitated the ball players on their skill and mastery of the great American game.”

When Eaton stepped down, Professor Takasugi took his place and “gave a sparkling, witty talk, which caused much laughter.” He told those assembled that “Japan and America would be drawn closer together by this series of international ball games” and that “[the Waseda players] learned something more about how to play the game in the contest with Beloit.”

Next, each Japanese player received a Beloit College seal watch fob. “Every man on the team was cheered as he stepped up to receive this gift,” reported the Beloit Daily News. “After the fobs had been distributed the Japanese sang their university song and gave their yell. They followed this with a yell for Beloit, which pleased the locals greatly.” Then, “with regret,” the Waseda team departed to catch the train to Chicago, where they would see the Cubs play, followed by a game against the University of Indiana at Bloomington.