Fridays with Fred: Calculating data at a snail’s pace

The first computers at Beloit.

What’s bigger than a breadbox? More gargantuan than the PC you’re reading this on? Colossally larger than your iPad, tablet, or smartphone combined? And yet, infinitely less powerful… 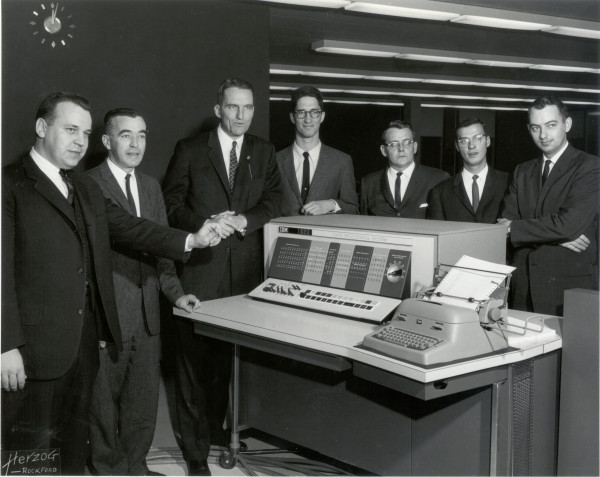 On May 10, 1962, Beloit College President Miller Upton announced that over the summer the college would install a $130,000 “electronic computer center” on the ground floor of South College. Its centerpiece would be the college’s first computer, a model 1620, built by the International Business Machine Corporation, better known today as IBM. Ready commercially in 1960, IBM marketed the 1620 as a “small,” relatively inexpensive, versatile computer appropriate for both scientific and business needs. They apparently produced 2,000 machines before discontinuing manufacture in 1970. 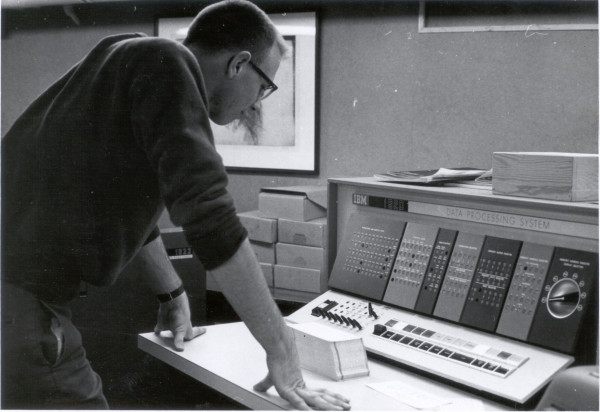 The early 1960s was a time at the college when Upton and his fellow administrators and faculty desired innovation and thought big. They’d begun the World Outlook Program in 1960 and in 1964, launched the famous Beloit Plan. So it wasn’t surprising that in between, they’d turned their thoughts to the seemingly vast potential of one of those new-fangled computers. “We are convinced that our decision to install the computer will have far-reaching effects on our educational program by offering students instruction and concepts that will better enable them to keep pace with the rapid changes in the world of today and the future,” he said. Upton envisioned use of the 1620 by faculty and students in a variety of academic disciplines for classwork and independent research, with the added benefit of use by the administration for record keeping, registration, payroll, and accounting. The Bulletin of Beloit College bragged to its alumni readers, “Beloit is one of a small number of liberal arts colleges to have an IBM electronic computer.”

Beloit College did not have to foot the entire $94,500 bill for the 1620. IBM made an “educational contribution of 60 percent,” according to one press release. The college obtained further funding through offering a computer programming course to engineers and others working in local industry and by renting the machine to their companies. 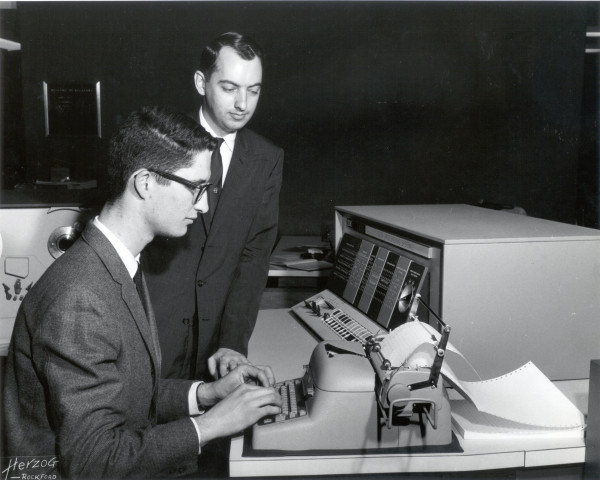 The 1620 arrived in August, including desk, keyboard, console, electric typewriter, and various other accoutrements that the Round Table described as “a punch card system, sorter, interpreter, tabulator, and others.” Although physically small by 1962 standards, we would consider the 1620 a behemoth today. By October 1962, the IBM 1620 was ready for use by students. The Round Table announced an introductory session, hosted by Donald L. McMasters, the computer center director who also taught in the chemistry department. Students learned to create programs offline, using punch cards. The 1620 was at least one thousand times slower than today’s personal computers and of course did not include word processing or web searching (no web!) or even a screen. However, it served as the first computer experience for a generation of students. 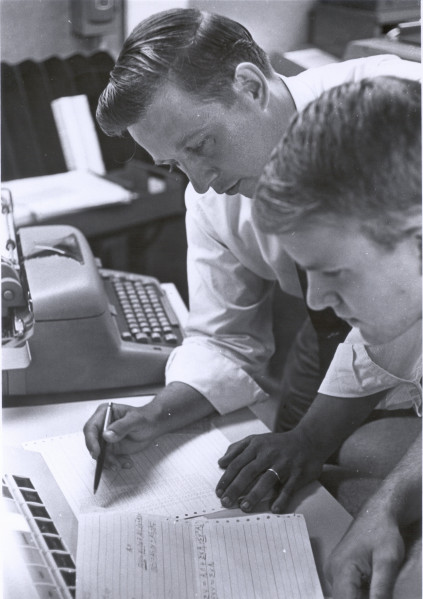 A 1962 press release described the college’s new electronic computer as “one of civilization’s most fruitful inventions – one which can make man the master of systems which he has created to cope with the complexities of modern life.” Within only a few years, however, the 1620 had outlived its usefulness and by the end of the 1960s the college upgraded to a more powerful 1800 model. The 1620 console apparently gained new life in a professor’s basement, set up by his children as a Star Trek-like starship command board. Did they take off into deepest space? Are they still out there somewhere? Perhaps Beloit College’s IBM 1620 lives on, happily calculating data at a snail’s pace in a place where no antique computer has ever gone before.