Fridays with Fred: The ‘flotsam and jetsam’ of the archives, pt. 1

The hidden treasures of the Beloit College archives.

A variety of splendid words describe the odd treasures which hide in the nooks and crannies of the Beloit College Archives. Ephemera. Memorabilia. Realia. Memento. And, I suppose, flotsam and jetsam. Unusual curios turn up unexpectedly and at first glance may seem to offer little value. Look closer—a window opens and questions begin to arise.

Irene Janura’s 1929-30 scrapbook entitled “Campus Capers and other Stunts” includes a plethora of student life materials as well as ticket stubs, a pressed rose, and a certificate from the American National Red Cross stating that she “has completed the standard course in home hygiene and care of the sick.” The colorful bottle label hearkens back to a decade imbued with popular culture references to King Tut, only a few years after discovery of his tomb. It also dates from the final years of Prohibition. Facetiously or not, Janura commented, “Even this was used among the elite of the campus.” 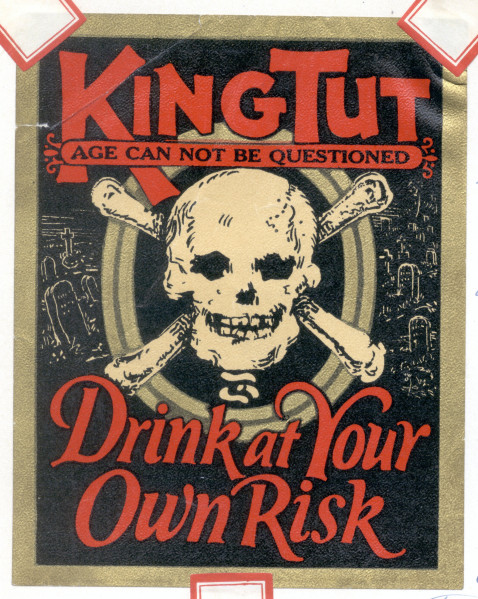 A few years ago, alum Chris Birkey uncovered this 1845 large cent penny near Middle College. I like to imagine how it got there. Perhaps it slipped from a workman’s pocket as he dangled from scaffolding during Middle College’s construction in 1847-48. It might have fallen through the threadbare pocket of Professor Porter, jingling loose change while heading to class. Or a student flicked it too far while pitching pennies to pass the time minutes before sunset. 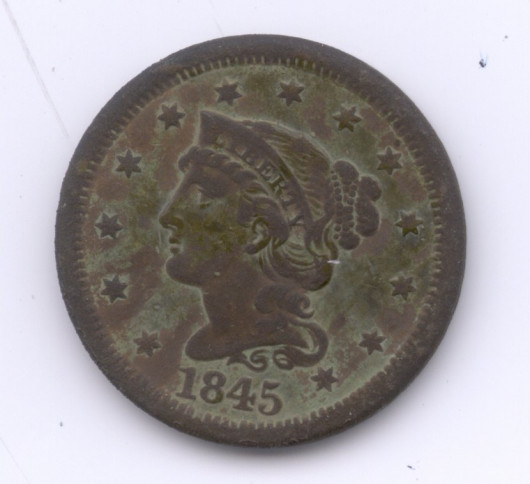 Letters from famous people sometimes appear in alumni files and business correspondence, but most often in presidential papers. In November 1940, President Irving Maurer received a form letter from the American Rescue Ship Mission, administered by the United American Spanish Aid Committee, authored by honorary chairman, Helen Keller. Maurer signed a petition, offered his support, and wrote a heartfelt note to Keller: “It is interesting to realize that a woman like yourself can reach out so helpfully to people in distress as you have done. I have been particularly interested in your whole experience in the problem of readjustment in living because my oldest son is blind.” Keller responded with a personal, hand-signed letter. 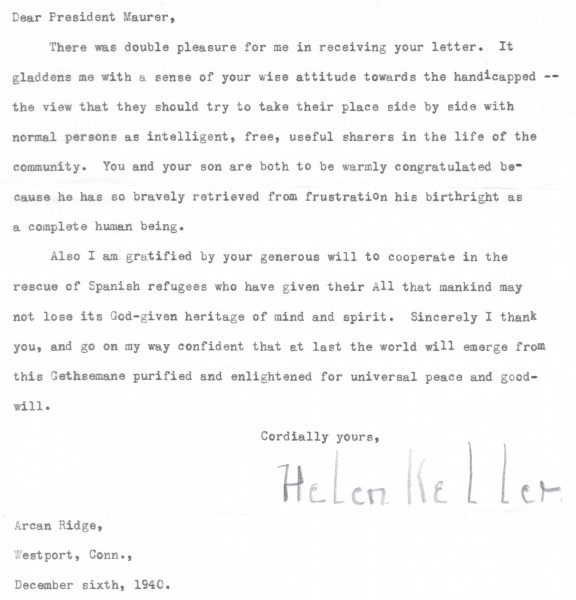 Mary Storer was a professor of Modern Languages at Beloit College from 1929-1955. Her Smith College diary dates from 1911-12 and includes two items tucked in its pages, a congratulatory telegram and a calling card for Elsie Margaret Cather. When student Alice Mitchell pointed it out to me I remembered that one of America’s finest authors, Willa Cather, hailed from Red Cloud, Neb. Some quick research revealed that Elsie Cather was her youngest sister and a classmate of Mary Storer’s at Smith. 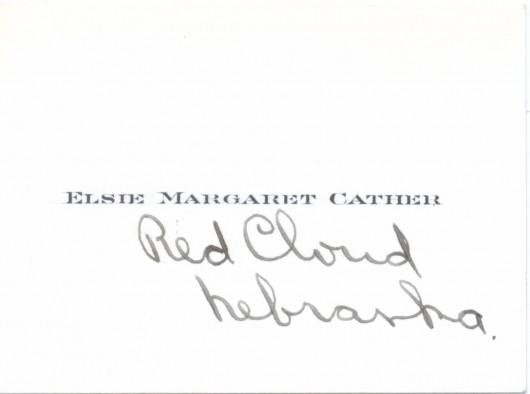 Even in the earliest decades of the 20th century, Greek life dominated college society. Fraternities held frequent parties and dances and usually commemorated them in elaborate guest books, recruiting their most accomplished artist to create a vivid work of art to remember the event by. 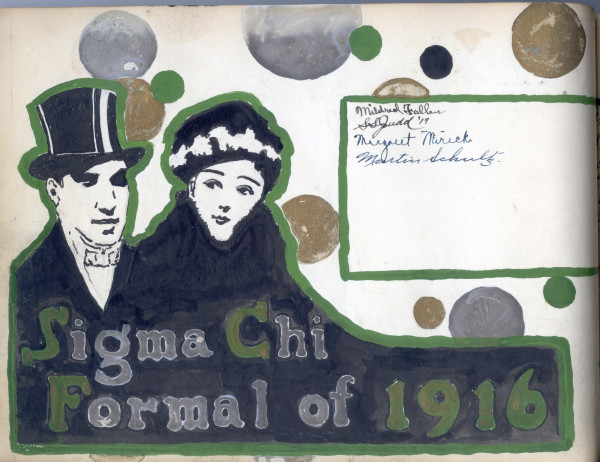 There are countless Beloit-related postcards, especially from the early 20th century, when avid collectors compiled albums of favorite topics and places. Although many Beloit postcards depict public buildings, street scenes, businesses and the Rock River, there was also a market for novelty cards. I like this one from 1914, in part because the writer begins her salutation, “Dear Fred.” 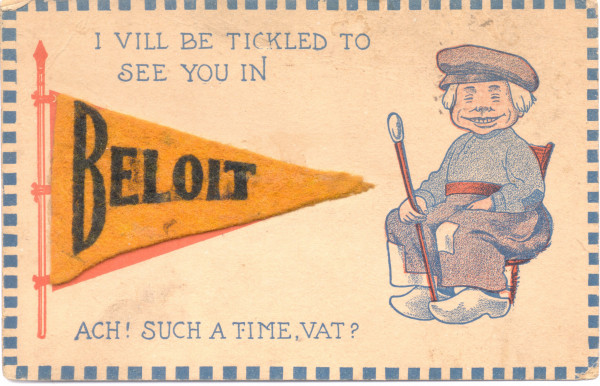 A round hatbox reveals a jumbled collection of intricate carvings whittled by Beloit Academy instructor, William Kinloch Hay in the 1890’s. Among the menagerie of griffins, horses, donkeys, and rams is a small but kingly chair. Although the paperwork seems to have gone missing, some sources claim that after making a list and checking it twice, President Edward Dwight Eaton commissioned Hay to create the college’s first fully endowed chair.

There are many more such intriguing items awaiting discovery, so let’s call this part one and visit again another time.