Fridays with Fred: Photographs of Homecomings past

A look at old Homecoming traditions at Beloit College.

Flip open an acid-free box labeled “Alumni-Homecoming.” Pull out a battered file cabinet drawer and paw through folder after folder of Homecoming photographs dating as far back as the 1920s. These Beloit College Archives files yield intriguing glimpses of once-treasured traditions, of student hijinks and hilarity, and of timeless fun. Here are some highlights, with many more awaiting another year:

Despite boasting the most colorful Homecoming program in the college’s history, the Beloit College Blue Devils lost their chilly November game to the Midwest Conference Champion Lawrence Vikings, 13-7. 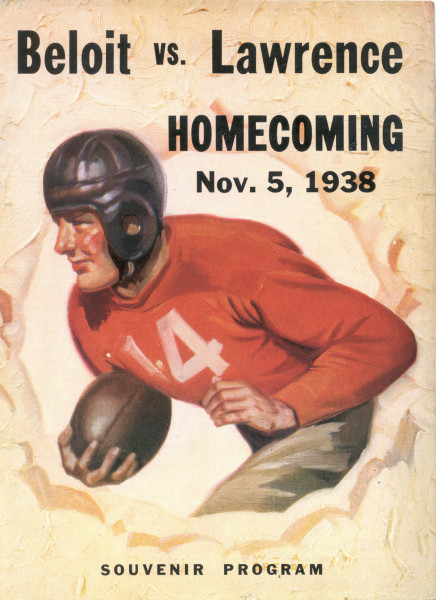 For decades, Beloit College students held an annual Homecoming parade, winding from campus throughout downtown. This circa 1930 photograph features a cluster of women students wearing leather football helmets, a replica Class of 1907 arch, and, in the distance, one of Beloit’s last interurban railway cars. 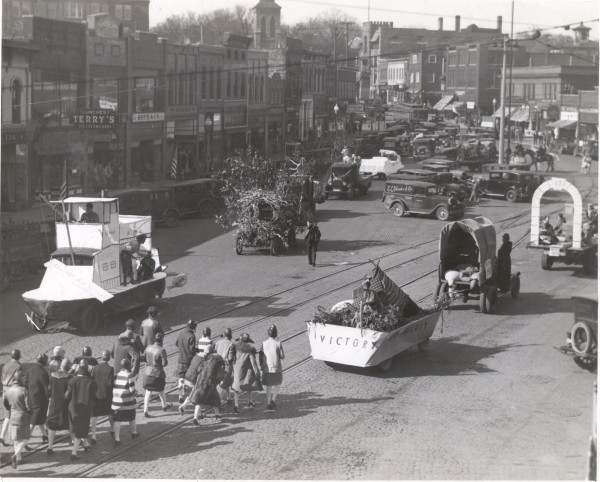 For several years in the 1940s and 1950s, Beloit freshmen were subject to what a Beloit College News Service release described as a “hazing gag.” Upperclassmen forced a relay of freshmen to “warm the game football on the 50-yard line” overnight at Strong Stadium until game time the next day. “Freshmen embarrassed upperclassmen by refusing to give up the football even when the game was ready to start and teams lined up for kickoff.” In this 1948 photograph, referees attempt to pull the pajama-clad, beanie-wearing freshmen away from their leather “egg.” 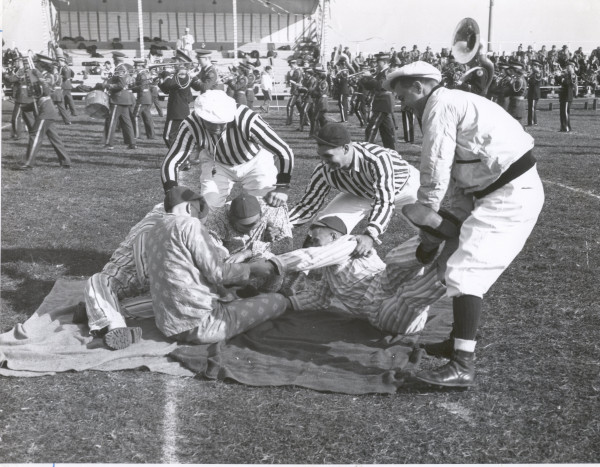 The Homecoming queen and her court were long-time fixtures at Homecoming. The Beloit College News Service said of this 1956 image: “Donna Bumba…is pictured being crowned queen of last Saturday’s Homecoming celebration…Doing the crowning is football captain Ed Hoerr…Beloit defeated DePauw University 3-0 to make the Homecoming weekend a success.” Ed Hoerr later served as a trustee and as interim president in 1990-91. 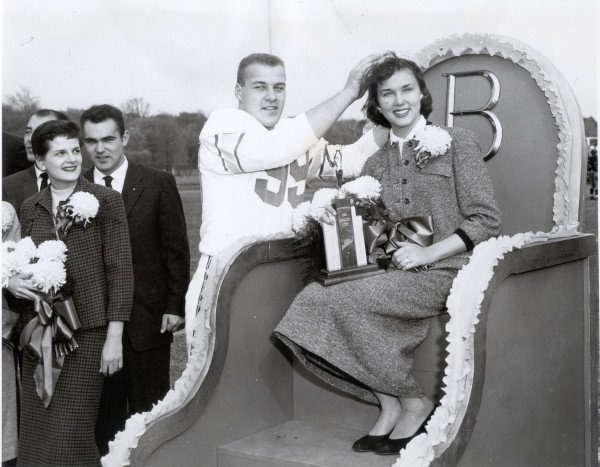 Fraternities and Sororities traditionally held contests for best “house decorations” and often came up with unusual ideas, still fitting in with the Homecoming theme. This photograph dates from 1955. 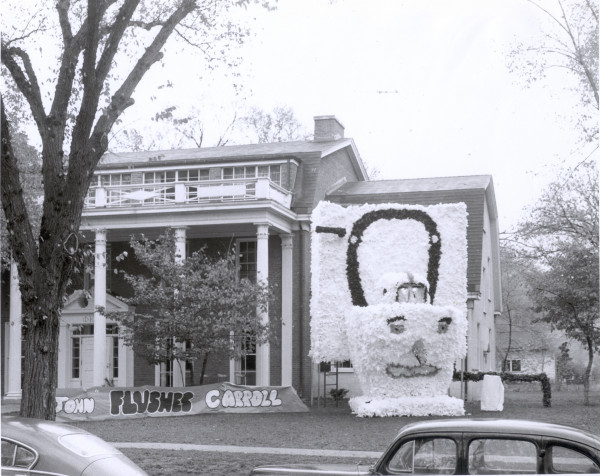 By the 1970s—the heyday of the Beloit Plan era—many older college traditions and rituals disappeared. Replacing the typical Homecoming parade of floats, students in the ’70s and ’80s marched at Homecoming as the informal and irreverent Turtle Township Marching Band and Kazoo Conservatory, including this group in 1984. 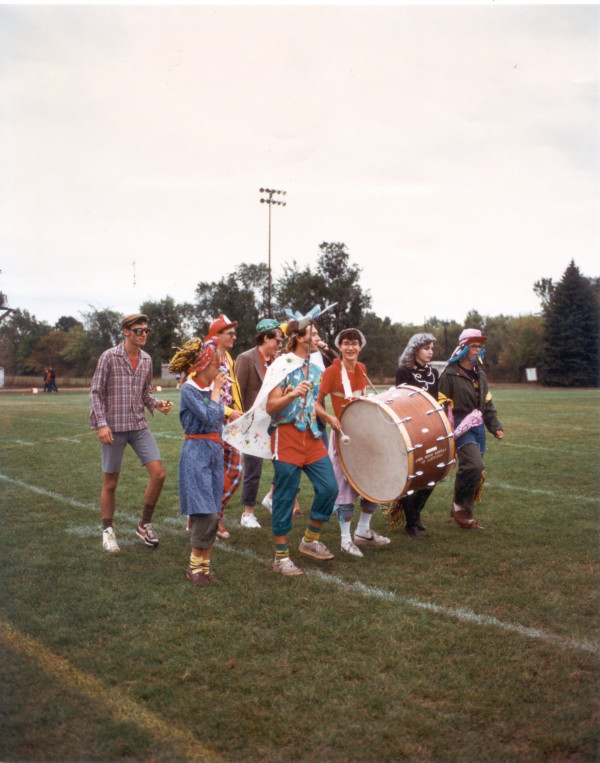