Beloit College Master’s degrees and the perpetual struggles with finals. 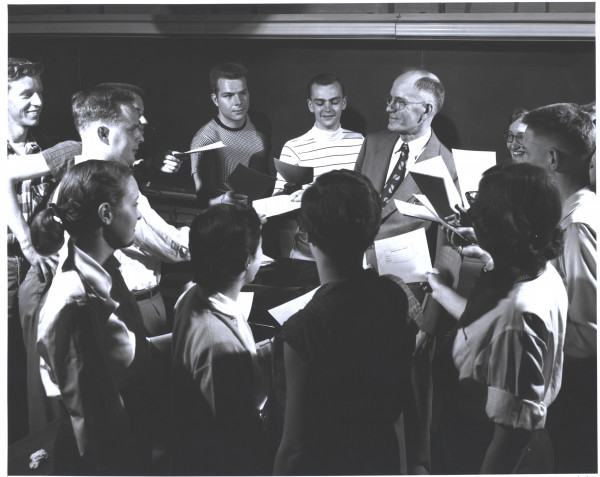 Exams! An ordeal linking today’s student with every student who ever attended Beloit College. In the mid- nineteenth century, students applying to Beloit College faced a battery of extensive examinations on a variety of subjects, including English Grammar, Geography, Arithmetic, Algebra through simple equations, Latin Grammar, Cicero’s Select Orations, Sallust or Caesar’s Gallic War, Virgil, Greek Grammar, the four Gospels and the Greek Reader. It’s no wonder that only a handful of students actually attended the college, while many more worked their way through the college’s Preparatory Department, later known as the Beloit Academy.

Those students who made it that far had to face another set of stringent examinations at the end of their college career, according to the Beloit College Catalogue: “The Degree of Bachelor of Arts is conferred on those students who have completed the prescribed course of Collegiate study, and passed satisfactory examinations thereon.” In the 1850s, however, no further examination was necessary for a Beloit graduate to apply for a Master of Arts degree, conferred “on the payment of a fee of five dollars, provided he shall, in the interval, have sustained a good moral character.”

One hundred years later, students had the choice to apply through the College Entrance Examination board, but were not required to pass examinations in order to enter Beloit College, although the Committee on Admissions could request qualifying tests. In later years, the college required the Scholastic Aptitude Test and achievement tests, including one in English Composition. 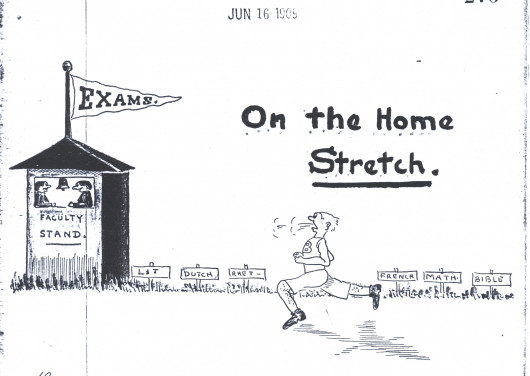 End of semester exams have challenged and even tormented students throughout the college’s history. Student diaries and Round Table editorials include frequent lamentations about “bucking for exams.” Theodore Chrischilles not only wrote every day in his diary between 1908 and 1910, he illustrated all aspects of student life, including his “sprint” through the exam minefield, shown in this cartoon about halfway through spring semester examinations in 1909. 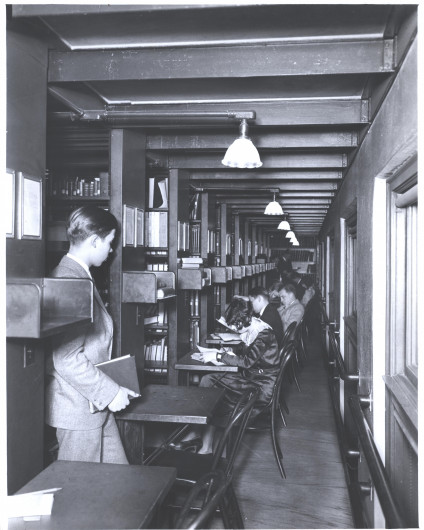 A hush always descends upon the library during exam week, shattered occasionally by the firecracker pop of a book snapping shut or a long, moaning sigh. In 1930, students crowded the study carrels of the Carnegie Library, cramped for space even then. It would be another thirty-two years before students had the run of the much more spacious Colonel Robert H. Morse Library.