Take a look at the earliest known photo of Beloit and a short story from that period. 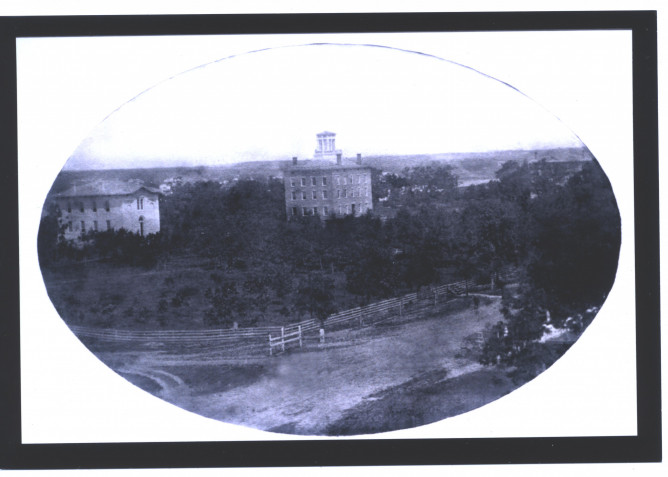 Above is a restored print of the earliest known photograph of Beloit College, taken in 1859; the college used etchings based on this image for publicity. At that time there were three college buildings, all standing today: South College, on the left, dedicated in April 1859, housed the Beloit Preparatory Department on its first floor and the college chapel on its second.

At center, Middle College (1847) included administrative offices, classrooms and in its fourth floor attic, student living quarters. Just visible to the right is North College, known today as Campbell Hall, which served as dormitory and boarding club, the site of a notorious food fight in which students pelted President Aaron Lucius Chapin with inedible biscuits, described by George L. Collie, class of 1881, as “doughy bullets.” The rail fence surrounding the campus provided protection from marauding livestock taking a shortcut on their way to market in downtown Beloit.