These programs, based at Beloit College and other institutions, have allowed students to teach abroad, learn international law, and explore disability protection around the globe. Now, as the current Assistant Dean of International Programs at Indiana University’s Maurer School of Law, she answers some questions about Beloit’s impact on her success afterward.

Beloit College provided Lesley with her first study abroad experiences in Glasgow, Scotland and Rennes, France. Her first trip to Hungary came shortly thereafter through connections with a Hungarian exchange student at Beloit. These experiences helped her understand the importance of connecting with people on a human level throughout the world. Through the Beloit-Grinnell French seminar, she was able to take classes with international students while gaining cultural insights through her homestay family. In Glasgow, she was able to study with both Beloit and Scottish students. 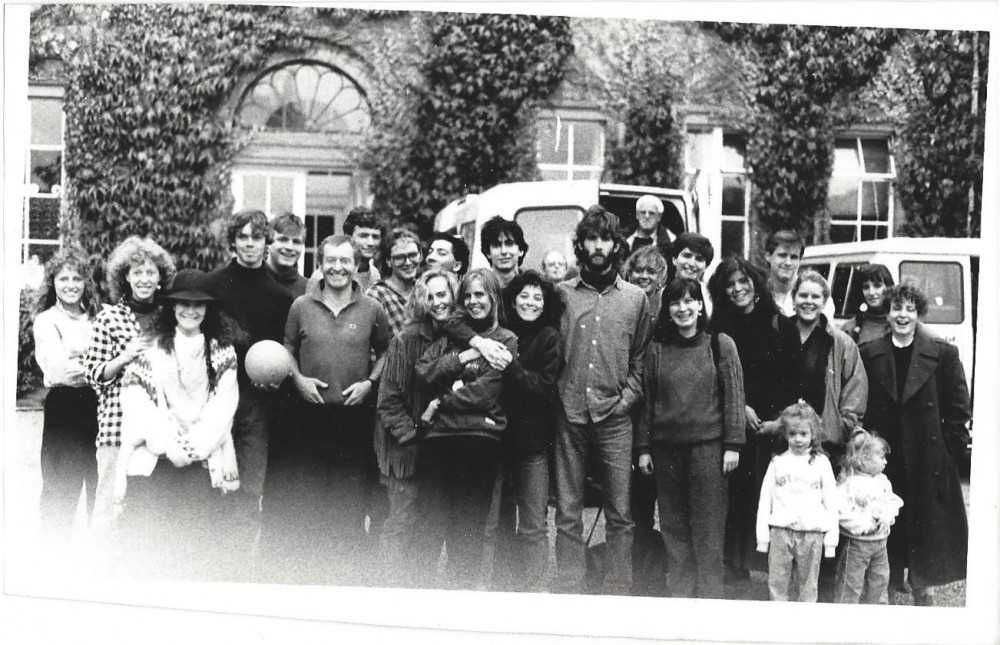 Lesley also worked as an intern at the World Affairs Center (WAC) while at Beloit as part of a required Professional Exploration Project, similar to the LAP requirement today. Through this opportunity, she continued to internationalize her education by working with international and study abroad students. She also became familiar with the Center for Language Studies programs. This developed connections and increased her knowledge about international programs which later led her to return to WAC as Assistant Director in 1992.

Through her Assistant Director of WAC position and internationally-based roles at other institutions, Lesley developed programs and funneled students toward international opportunities. While teaching high school English and French in Hungary (1990-1992), she noticed that the schools in the region were in need of English teachers. While WAC’s Assistant Director, she founded the Central Europe Teaching Program and recruited Beloit students, ACM graduates, and interested friends to teach in Hungary and Hungarian-speaking areas of Romania. Her connections to Hungary did not end there, though. Lesley also encouraged students to study Hungarian, and other less-commonly-taught languages, at the Center for Language Studies, and helped students study abroad in Hungary and elsewhere through WAC.

After receiving a Master’s in Central Eurasian Studies from Indiana University, Lesley continued to teach and work with international programs at Wabash College, DePauw University, and now Indiana University’s Maurer School of Law. At Wabash, she helped an all-male and primarily rural student body experience life abroad–an opportunity that originally seemed out-of-reach to them. Now at Indiana University, she helps international students learn about law in an American context through LLM degrees and helps domestic students learn about foreign law. She facilitates dual degrees programs with a foreign law schools for US law students. Future lawyers can study multiple aspects of law including social justice and international law while strengthening their language and problem-solving skills. Lesley also leads students to summer programs where they can continue to learn about social justice and human rights through NGO work abroad in 10 different countries.

Continuing with an interest in international opportunities and social justice, Lesley has also worked with international law students on a research project exploring the rights of persons with disabilities internationally. This project, conducted with the US State Department, tracks countries’ compliance with the UN Convention on the Rights of Persons with Disabilities (UNCRPD). The information can then be used by the State Department to help Foreign Service Officers in these countries see where they can help local governments and NGOs improve human rights and inclusivity. 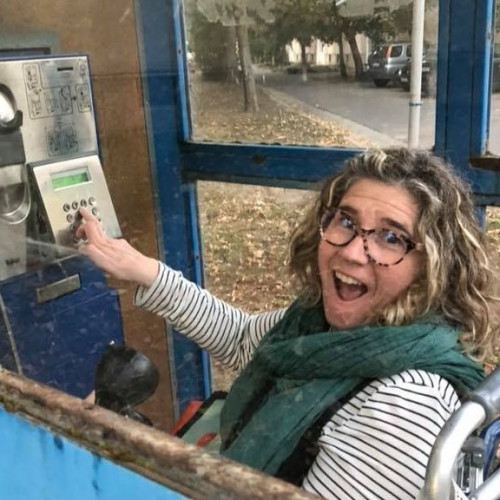 Lesley Davis's return to Hungary at the beginning of Mauer School of Law's partnership with Eötvös Loránd University in Budapest. This was her first return post-wheelchair where she also explored accessibility in Hungary.

In a time of increased globalization, study abroad is a valuable way of connecting with others and understanding their livelihoods. Despite increased nationalism in some parts of the world, borders are still artificial constructs which students should keep in mind. Our fears are generally based on the fears of those we are close to, so explore what is behind any fears of going abroad. The State Department keeps us informed about threats and issues that we may encounter while abroad, but think about what they may write for the US. We may think of fears in other places but forget that there are things in the US that can be scary, too, yet we have persevered through them. Thus, you can overcome fears of studying abroad, as well.

Having Hard Conversations on Campus: Professors and Faculty Discuss the Dangers of Xenophobia