A look at what lead to the construction of the current fieldhouse.

The freight train pulled into Beloit’s Chicago and Northwestern Railroad yard, its long line of cars stretching into the distance. Beloit College’s vice president, Bradley Tyrrell, shaded his eyes from the glaring sun, hoping to catch sight of two flatcars making the long haul from the government depot at Granite City, Ill., near St. Louis. There they were, stacked high with wooden crates, the culmination of negotiations which stretched back six months to January 1946. 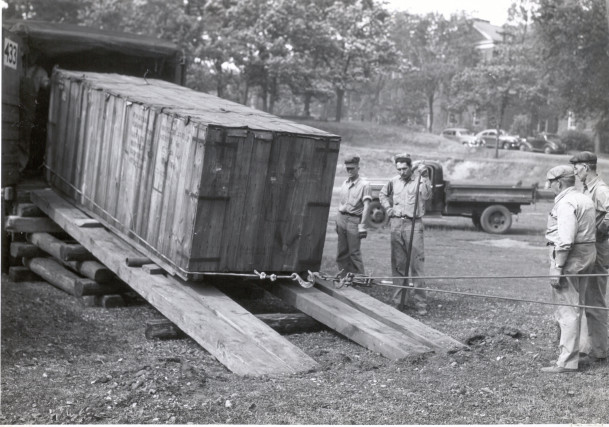 Postwar Beloit College saw the student body increase by the hundreds, as returning soldiers flocked to the college courtesy of the G.I. Bill. The influx strained college resources, among them, facilities for physical education. The Smith Gymnasium harkened back to 1904 when the college population numbered less than 250—400 if you counted the Academy boys. By 1946, the number approached 1,000 students for the first time in college history. The gym was clearly inadequate and the college made plans to build a field house, which would temporarily serve as a gymnasium until the building of separate gymnasiums for men and women (a plan that never came to fruition). The structure would also provide needed space for large college and city events such as conferences, symphony concerts and the annual commencement ceremony. 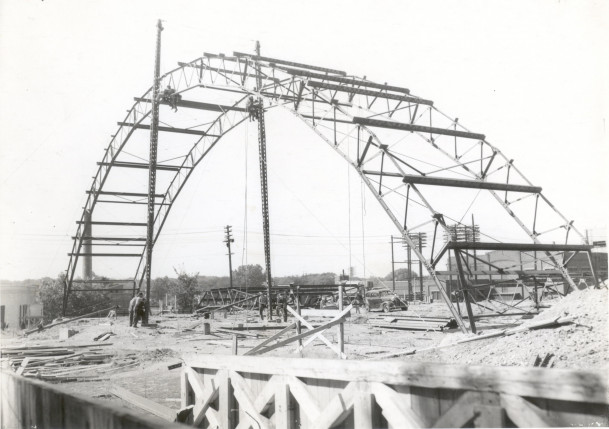 Working with Chicago architect Maurice Webster, Tyrrell had contacted the War Assets Corporation and, after drawing up extensive plans, succeeded in purchasing an unused army surplus aircraft hangar, still packed and ready for shipment abroad during the war, and complete with necessary supplies and assembly instructions. After months of preparation, the flatcars arrived on June 5. Workers had already dug foundations in a field on the northeast corner of Emerson and Pleasant streets, next to the men’s dormitories, North and Haven halls. The field was best known for rough and tumble intramural sports and as the site of the college’s annual freshman-sophomore battle, the greased pole fight.

Trucks converged on the site, dumping crates filled with knocked-down sections of the hangar, along with a massive boiler to heat the airy structure. Within a short time, curious passersby glimpsed the first stage of construction, a great arc formed out of steel beams and trusses, with heavy corrugated iron coverings, looking like an Erector set for Goliath Jr., or, as comedian Bob Hope cracked years later, a “giant Tinker Toy.”

Despite seemingly simple construction, the field house took over a year to complete and housed a main auditorium featuring balconies and a four-lane clay running track. Bleachers lined all four sides of the basketball court. Other spaces included locker, shower, and exercise rooms. Although the college paid only $11,000 for the surplus hangar, the figure ballooned to $300,000 with major construction and equipment costs added. The Beloit Daily News praised Beloit College for its postwar contribution to the city: “Beloit is fortunate in having an institution as civic and community minded as the college. Building the field house in these days of shortages and high costs has been a stupendous undertaking.” 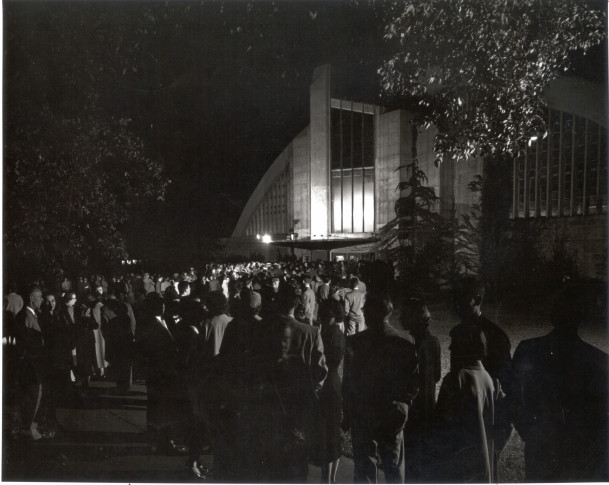 By the fall of 1947, the building hosted its first conferences and dances and the basketball team prepared for its first home game. Dedication took place on December 6, 1947. Thousands of Beloiters lined up outside the floodlit main entrance, described by the Bulletin of Beloit College as “strikingly modern, through the base of a pylon of concrete and glass.” Visitors were there for the half-time festivities, many others to witness the first home game of the “Bucket Brigade,” the affectionate nickname for Coach Dolph Stanley’s outstanding basketball team.

Stanley took charge as athletic director and basketball coach in 1945 after a brilliant high school coaching career. His 1944 Taylorville, Ill. squad had won 45 consecutive games, the only undefeated high school team in Illinois history to that time. He quickly established Beloit as a force in college basketball. The 1946-47 cage team went 22-5, dominating the Midwest Conference and defeating many much larger schools. The 1947-48 team, the first to use the new field house, would prove even stronger, grabbing the championship by winning all 10 conference games. Their overall record improved to 24-3. 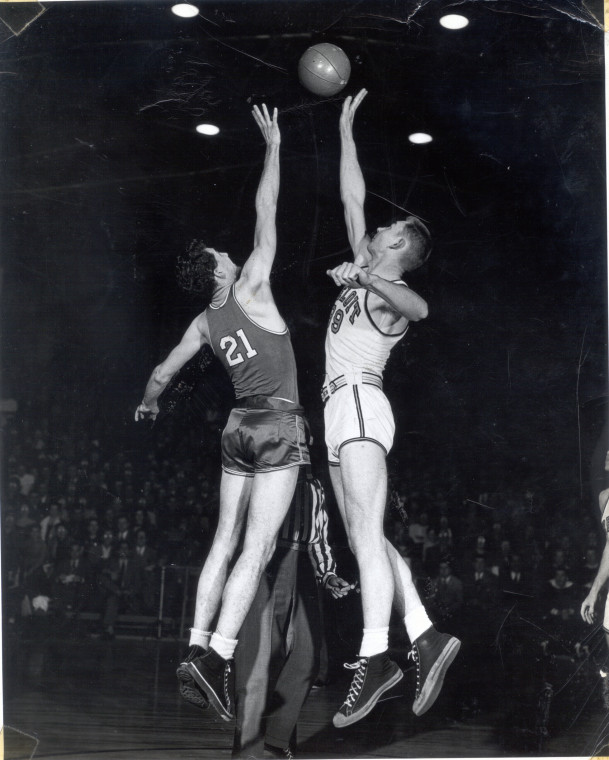 On December 6, 1947, they would not disappoint. Some 3,500 fans jammed the bleachers and watched Beloit take a solid lead against the Lawrence Vikings by half-time, when they took time out for the dedication of the new Beloit College Fieldhouse. The Bulletin of Beloit College described the opening ceremony:

“The dedication services were as modern and streamlined as the building, the interior being plunged into darkness and a spotlight playing from one end of the building to the other, focusing on different persons and groups who participated, and a public address system making every word easily audible… Ceremonies began with a number by the band, led by Donald Cuthbert. The spotlight then centered on a group of men singers who, led by Sumner Jackson, sang the familiar ‘Hail Beloit.’ From a spot on the balcony President Carey Croneis presented the Fieldhouse to the student body and mentioned the place it will take in activities of a community as well as college nature… There was further music by the band after which Kenneth L. “Tug” Wilson, commissioner of the Big Nine Conference, congratulated Beloit upon its new building and spoke of the increased interest in sports and athletics now apparent everywhere.”

Energized by the ceremony and the festive crowd, the basketball team returned to the court and, according to the Beloit Daily News, “The Gold began to sizzle.” After a fifteen minute stretch of particularly dazzling basketball, the team ran the score up to 73-38. It was a thrilling beginning to a storied building, famous for decades of basketball dominance and as host to major performing arts luminaries such as Louis Armstrong, Duke Ellington, Cream, and the Jefferson Airplane. 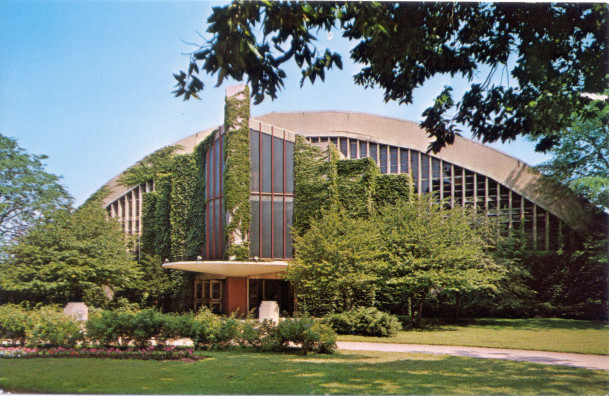