Fridays with Fred: Putting George Hilliard back in the picture

Article written by archivist Fred Burwell on George Hilliard, a Black student at the College who was cropped from a photo shown in an admissions brochure.

Sunlight streams through the tall, arched windows of a classroom in Pearsons Hall of Science. The earnest young zoology professor chats with a small cluster of students. At a table to the left, two other students study and take notes. To the far right, an African-American student wearing his letterman’s sweater stands at a lab table, examining his experiment. That day in 1935 the photographer captured many other images of academic life at Beloit College. Some of the photographs appeared in college publications, including this one in the 1938 admissions view book. Here is the original: 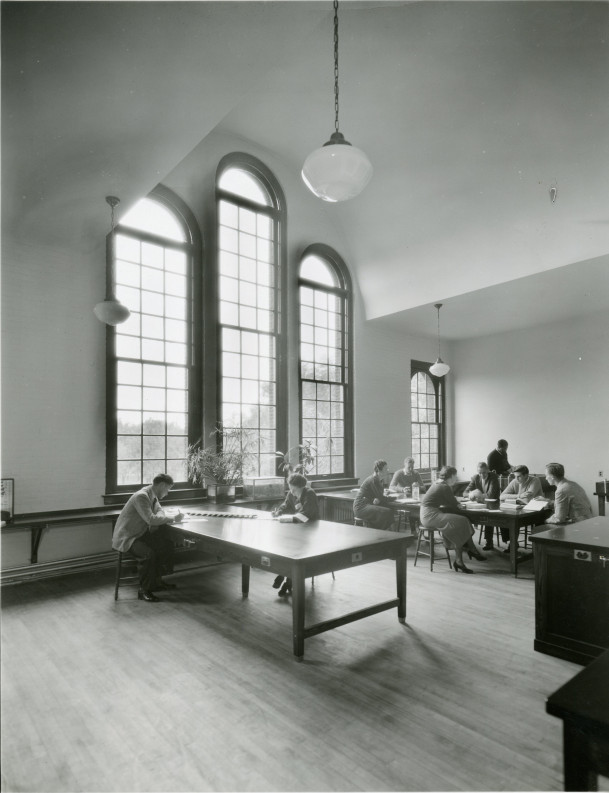 Look closely at the published version below. The printer airbrushed a blemish from the ceiling, but more importantly, eight students have become seven. Someone is missing. 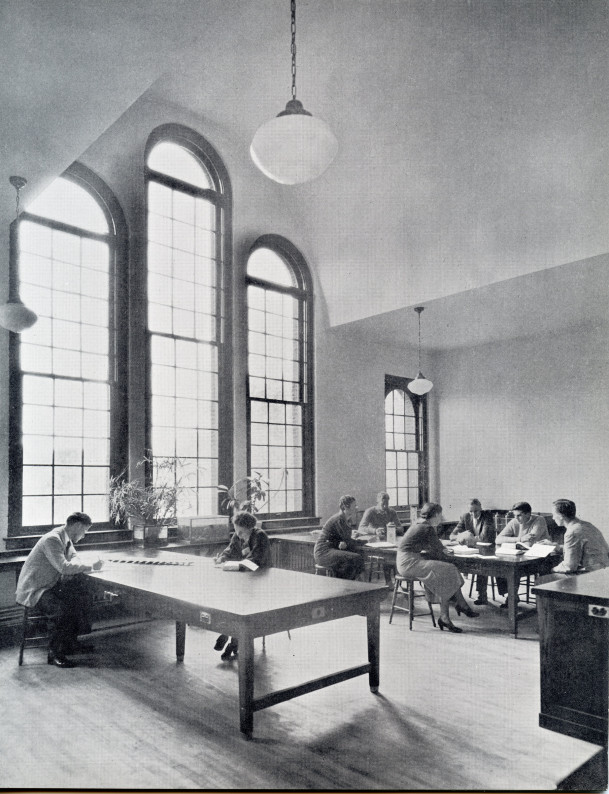 Twenty years ago, while I worked on a project with Professor Carl Welty’s widow, Susan, we often talked about their experiences at Beloit College in the 1930s. One day she said, “A favorite student of Carl’s was a young man named George. I don’t remember his last name. A photographer took a picture of one of Carl’s classes and when they published it, they removed poor George, not wanting to offend prospective parents by showing a black man. Carl felt much offended by that! Please see if you can find the original photograph and let me know that it still exists.”

Back in the Archives, I rummaged through folders of photographs and boxes of promotional literature, eventually finding the two images which I compared side by side. Then, by examining yearbooks, catalogs, and other files, I determined that George was George W. Hilliard, class of 1936.

Although Beloit College welcomed African-American students as far back as the 1880s and possibly even earlier, only a few attended each year, sometimes as few as one. By the 1930s they engaged in college activities such as sports and a club or two, but did not live on campus, join Greek groups, or participate in social activities. College media ignored them.

It’s time to put George Hilliard back into the picture. 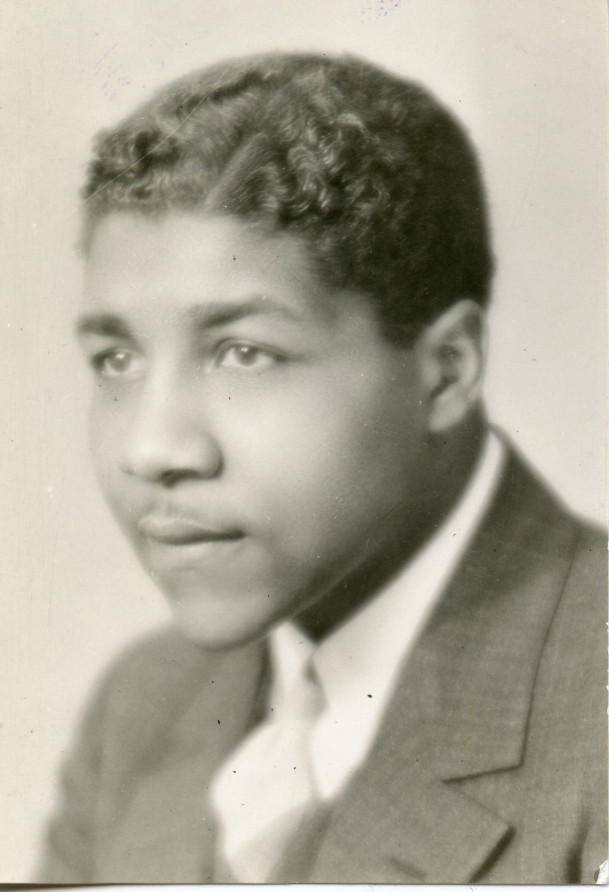 He was born in tiny Toccopola, located in Pontotoc County, Mississippi, in 1915. Like many other African-American families from that area, the Hilliards moved to Beloit in the teens and George’s father worked in one of the city’s prosperous factories. The family settled in at 1402 Athletic Ave. George was a good student and at 13 entered South Beloit High School.

“It was here, after listening to a talk given by our principal on vocations that I decided to make something of myself,” he wrote later. The following year he entered Beloit High School, where he starred as the only African-American on a football team that won the conference championship in his senior year. Scholastically, he ranked in the top third of his class, while also serving as assistant teacher of the Senior Sunday School class at Emanuel Baptist Church, and joining the Boy Scouts and the Edgewater “Hi-Y.”

In the fall of 1932, the determined young man applied to Beloit College, noting strong interest in chemistry and history.

“By talking to a colored doctor,” he wrote, “I found out that in order for a colored man to have any future at all he must depend upon his own race for it. I have selected a premedical course because it not only depends upon the colored race but it also benefits the colored race.” Beloit High School Principal J. H. McNeel recommended George W. Hilliard as “a deserving young man.” 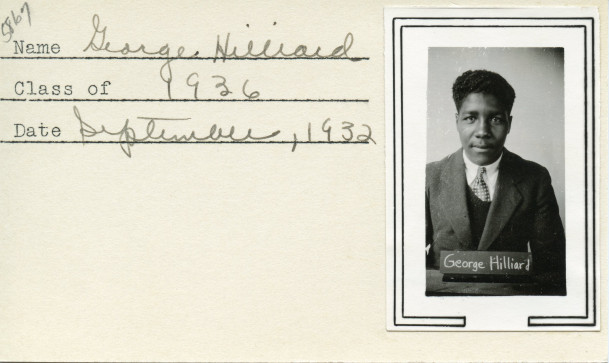 George received a scholarship and entered Beloit College in the fall of 1932, majoring in chemistry. More than a fine student, he also found time to play football each year, receiving the coveted “B” blanket in his senior year. After graduating in 1936, he attended Meharry Medical School in Nashville, Tennessee, took postgraduate training in surgery at Howard Hospital, and studied chest surgery at Freedman’s Hospital in Washington, D.C. He eventually set up practice as a physician and pulmonary surgeon in Milwaukee, and served for 10 years as a delegate to the State Medical Society of Wisconsin and as treasurer of the Medical Society of Milwaukee County. A daughter, Dana Joy, graduated from Beloit College in 1964.

He passed away on April 8, 1969. A Beloit College Bulletin obituary described him as “a prominent surgeon and Negro community leader” and listed the many medical associations to which he belonged, as well as his service on the executive boards of the Milwaukee branch of the N.A.A.C.P., the Milwaukee Boys Club, and the Milwaukee Urban League.

On Labor Day in 1976, the city of Beloit dedicated a park in his name, located at the east end of Athletic Avenue, a short stroll from his boyhood home. Hilliard Park, according to a parks and open space report from 2000, features Beloit’s largest burr oak, surely a fitting tribute to this outstanding Beloit College graduate. 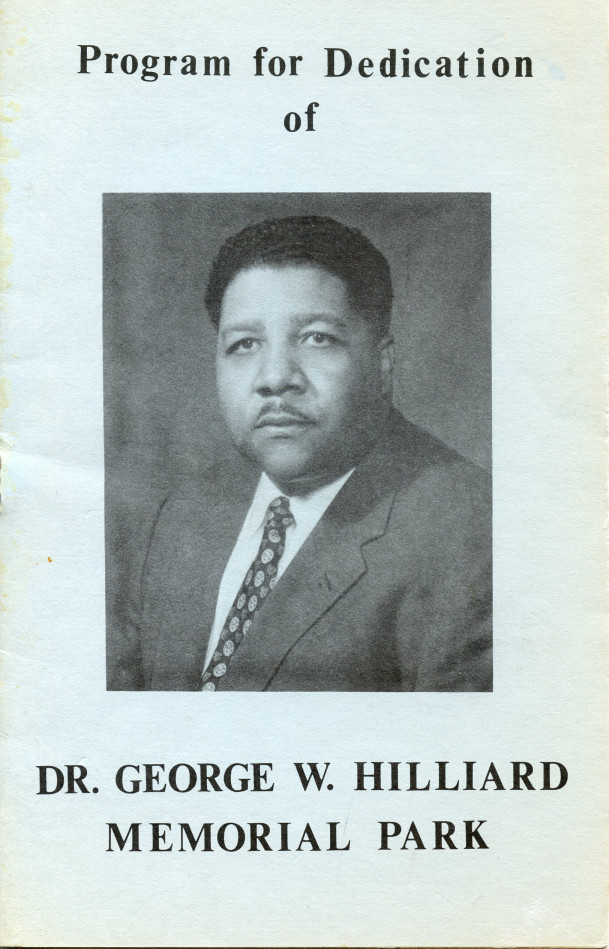