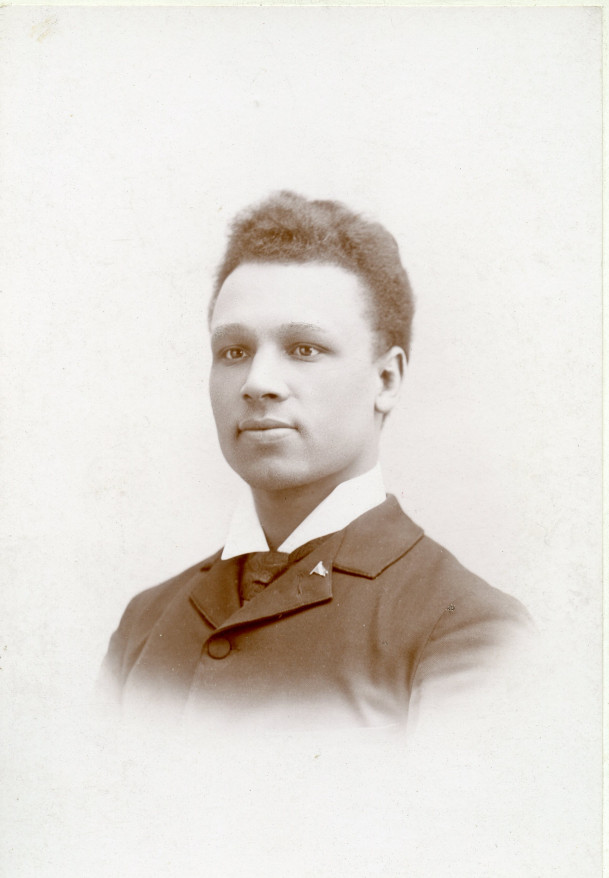 Charles Winter Wood, class of 1895, was one of Beloit College’s first African American graduates. He was born in Nashville, Tennessee, and moved to Chicago at the age of 9; in his teens he made a living shining shoes. One day, while working at the Unity Building at 79 Dearborn Street, he shined the shoes of Justice Jarvis Blume, who learned that Wood was interested in the theater. Accounts differ, but apparently Blume told Wood that if he could recite a speech from Shakespeare, he would give him a silver dollar. Wood memorized the speech within three days. Justice Blume was so impressed he introduced Wood to several acquaintances, including Charles L. Hutchinson, a friend of Beloit College, who then bought him a train ticket to Beloit and sent him there with an introductory letter.

Wood entered Beloit College Academy in 1887 and joined the college proper in 1891. Although he played left end on Beloit’s popular football team, he became best known for his public speaking and acting. In 1895 he won the Wisconsin State Oratorical Contest and then placed second in the Interstate Oratorical Contest judged by William Jennings Bryan. In the spring of 1895 he performed in the college’s annual Greek play directed by Professor Theodore Lyman Wright, held at Wilson’s Opera House in Beloit. Wood starred as the lead in Sophocles’ tragedy, Oedipus the King “before one of the largest and most refined audiences ever congregated in Beloit,” according to the Round Table. “Mr. Wood, as the King, had a masterly conception of his part…Throughout his acting he was interrupted by bursts of applause, and when in the last episode he bids farewell to his children the audience were moved to tears.” 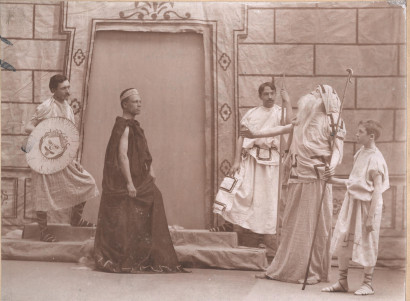 After graduating, Wood continued his education at Chicago Theological Seminary, where he received a doctorate of divinity, and then moved on to Columbia University where he earned a master’s degree in the philosophy of education. Booker T. Washington hired Charles Winter Wood as head of Tuskegee Institute’s English and Drama departments, where he also became their second football coach. He taught at Tuskegee for over 30 years before resuming his acting career, achieving success as “De Lawd” in the hit Broadway play, Green Pastures.

Later, he returned to Tuskegee and also taught at other colleges, including Florida A&M. After a long and distinguished career he retired in 1949. In a letter to Beloit College President Melvin Brannon in 1921, Wood reflected on Beloit College’s influence on his life and work: “The vision that Beloit gave me was SERVICE and clearer and clearer each day I seem to see that vision.”

Wood returned to Beloit College on numerous occasions and brought Booker T. Washington for a visit in 1913. Of his education at Beloit College, Wood wrote in 1931: “Don’t be surprised at any time, to see me on Beloit Campus, living once again over the dear days of Charlie Wood in the making at Beloit College. My Big Job is done; thirty years in the Black Belt of Dixie, Tuskegee Institute where I labored, served my God, my Country and my Black People thru the inspiration and training I received at Beloit.” In 1946 Beloit College established the Charles Winter Wood Scholarships for Minority Students. Wood passed away in 1953.