At Beloit, we make it real! 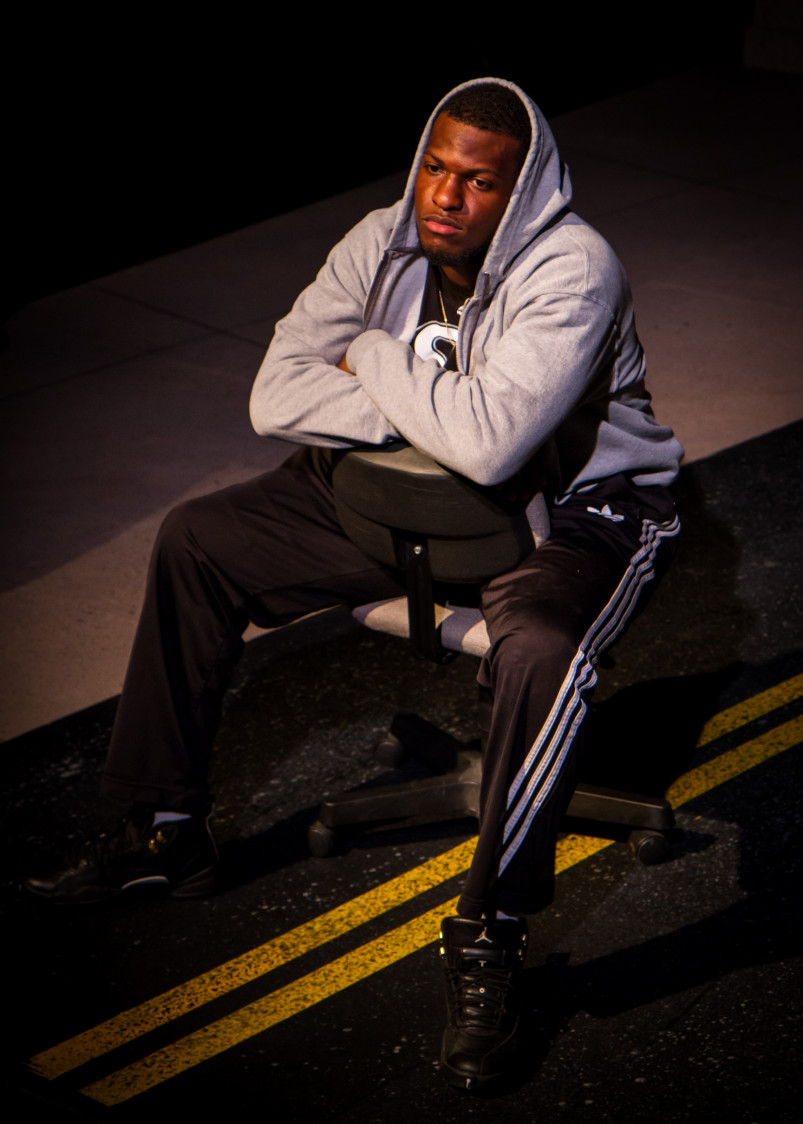 Khamron Wells (Randy) remembers his childhood in Chicago in The Forgiveness Project by Jana Ross and Amy Sarno in conjunction with Erasing the Distance, Chicago.

BE ON STAGE.  Four plays a year on two stages. 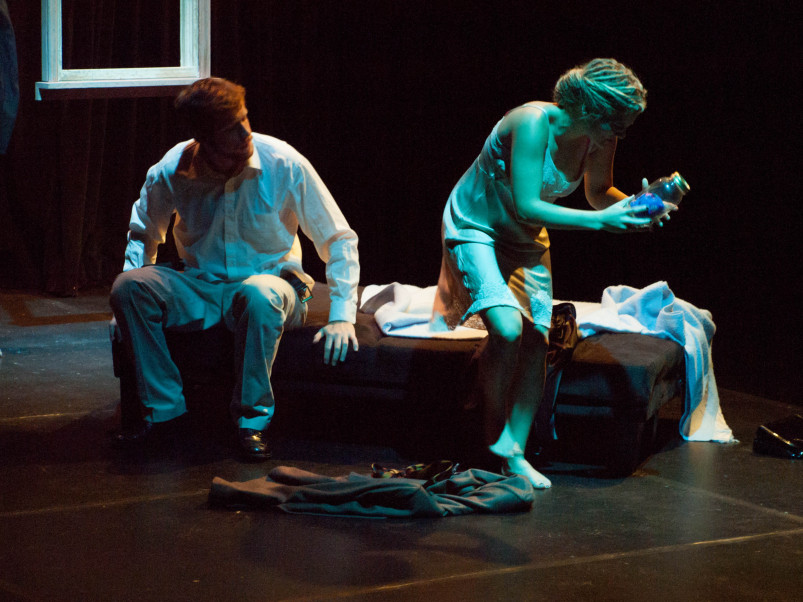 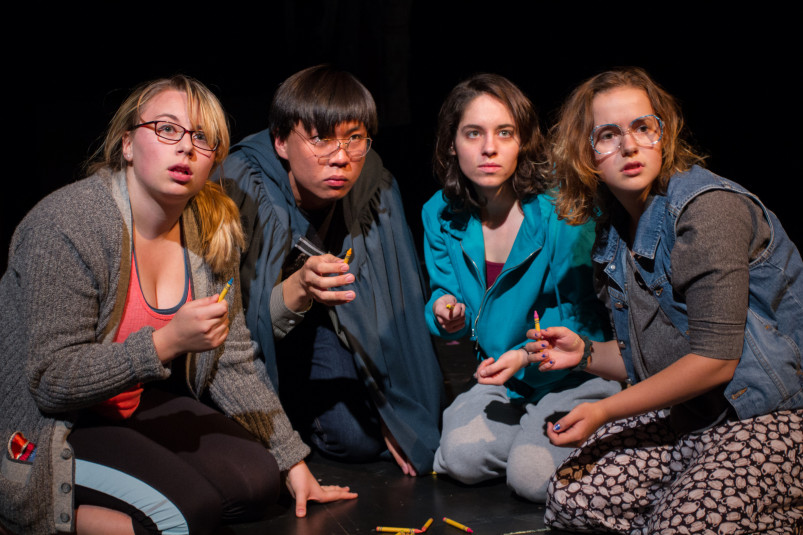 Insider/Outsider: a devised production about the experience of white privilege at Beloit College Credit: Devised by the cast under the direction of Amy Sarno 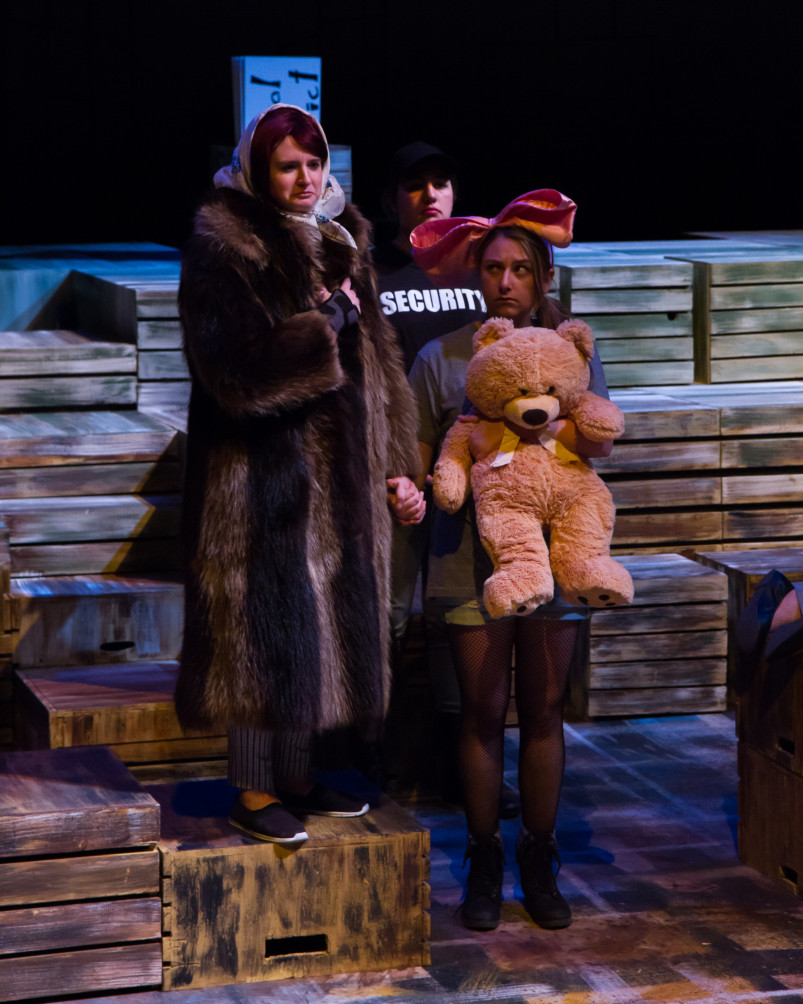 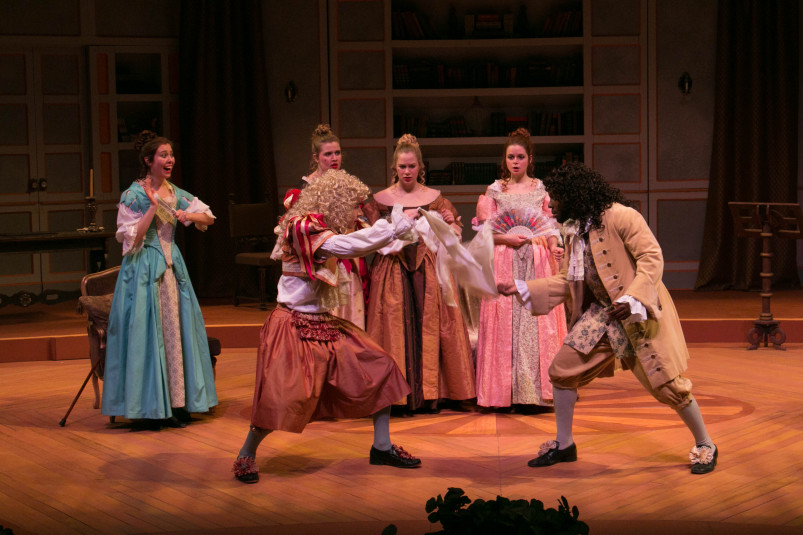 Each year, artists are brought in to offer workshops, classes, lectures and performances. 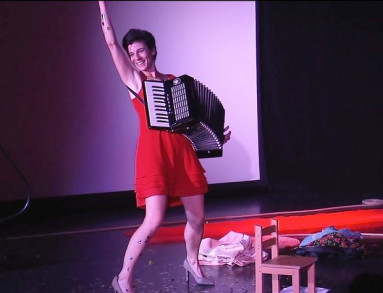 Montreal’s Tina Milo will perform The Village, her one-woman show about surviving depression in the Kresge Theatre on November 1. 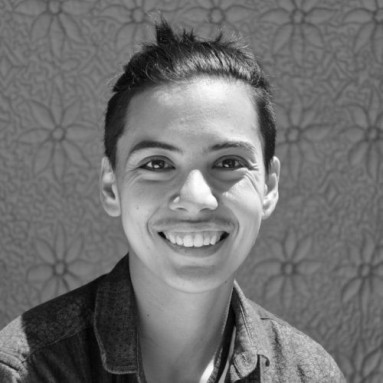 San Francisco scenic designer Randy Wong-Westbrooke will be teaching Inclusion & Equity in Theatre and Scenic Design 1 while collaborating with students to design the set for the spring musical, Little Shop of Horrors.

Many performance students travel abroad for short trips with faculty to participate in international festivals or work with renowned companies.  Other students study abroad for a semester or a year. 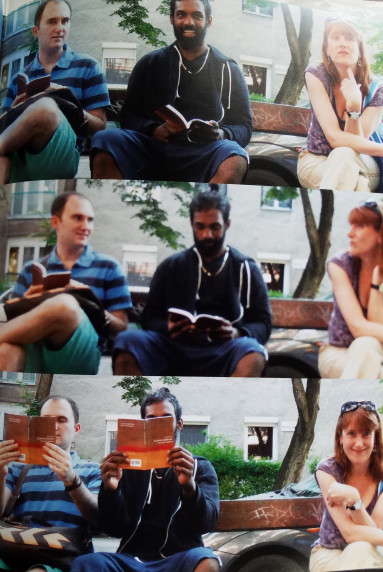 Alen Keric and Athi Selvendran sit with Amy Sarno on a bench in Budapest. Sarno asks, “Have you finished your reading assignment?” “Um…” says Athi. “We were going to do it now.” replies Alen. 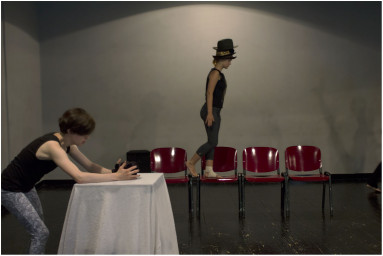 Maddie Halberg and Alice Gehrke are practicing their scenes at Dah Theatre in Serbia.

BITE (Beloit Independent Theatre Experience) is a student-run club where students create their own work, in their own space.  Every semester, BITE also takes members to Chicago, Milwaukee, and Spring Green to see professional productions.  BITE brings in professional artist to do talks and /or workshops that expand your knowledge and know-how.

The people Sydney surrounds herself with at Beloit are self-driven and passionate about their own projects, and it’s infectious. She gathered people that she knew who supported her and shared their stories for this showcase. When first doing the Asian Monologues, it showed Sydney a lot of what reclamation can look like and how beautiful taking ownership of one’s own stories can be when no one else will do it for you.

For years, improv has been an important part of student extra-curricular creation.  Kids Eat Free and other groups perform late night programs all over campus. 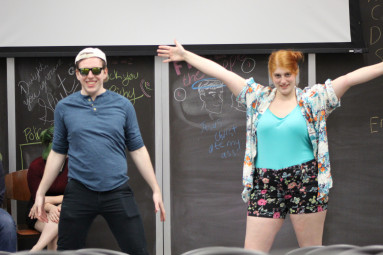 Julia Dirkes-Jacks and Joshua Block hold for applause during an improv show by Adult Themes, a student-run improv troupe.

Live with other performers at PAH!  Every semester students are able to apply to live in a four bedroom house on campus with other students interested in the performing arts.  Living at PAH enables you to continue the conversations from class or rehearsal that can spark your creative ingenuity. 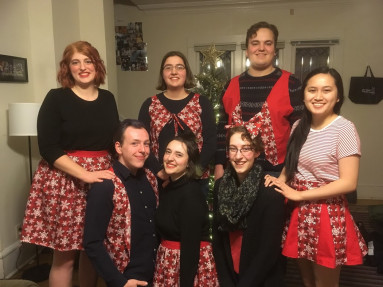 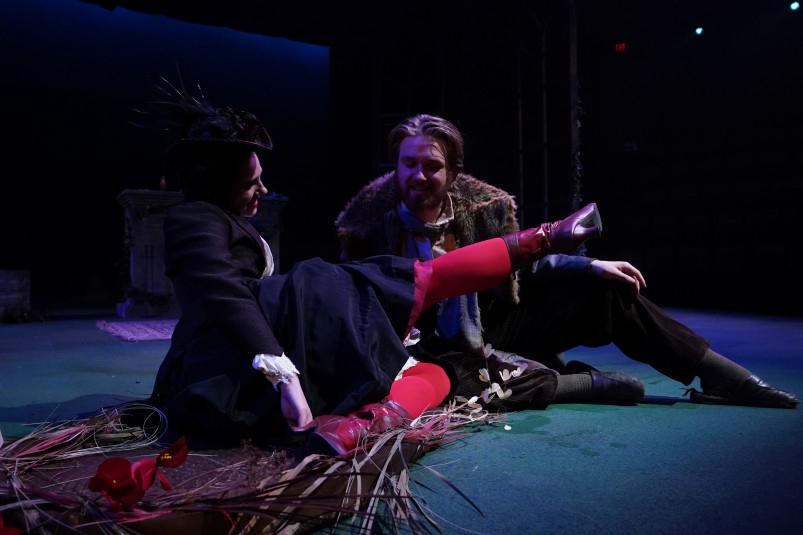 Chloe McKinley (Moor Hen) shows off her healed leg to Peter Gustafson (The Mastiff) in the Moors by Jen Silverman, directed by Amy Sarno.At Beloit, you’ll work with visiting artists, be a part of student and faculty productions, and create your own work.

We know you have a dream.  We want you to reach it.