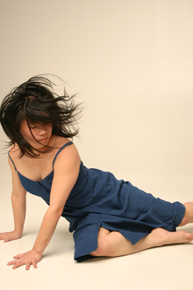 Noelle Chun '05 first started her movement studies as a gymnast. At Beloit, she participated in athletics and was curious to investigate how her physical knowledge could transfer to dance. Inspired by her Beloit dance colleagues and mentors, Chris Johnson and Margaret Rennerfeldt, Noelle immersed herself into the dance community. Since graduating in 2005, her performance and choreography has been presented across the Mid-Atlantic through her own independent work, with the improvisational trio Like You Mean It, and through site-specific events with Foreground Dance. Past projects have been supported by grants and fellowships from the Greater Columbus Arts Council and Ohio Arts Council. She has served on faculty at The Ohio State University and Ohio Wesleyan University, teaching improvisation and technique courses. Currently, she works as a community organizer and administrator with VSA Ohio and as a member of They Might Be Dancers. In 2008, she earned her MFA in Dance from The Ohio State University. 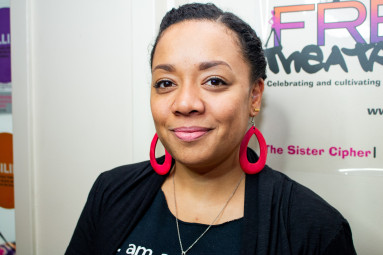 Fatima Quander '02 is an accomplished professional actor, proud member of Actors' Equity Association (AEA) and Screen Actors Guild-American Federation of Television and Radio Artists (SAG-AFTRA). She has performed with FRESHH Inc. Theatre Company, DC Hip Hop Theatre Festival, Rep Stage, Everyman Theatre, Baltimore Center Stage Education, Theater of the First Amendment, the Folger Elizabethan Theatre, Imagination Stage, and Discovery Theater; she has also performed in the house and on tour with The John F. Kennedy Center for the Performing Arts. Additionally, she has appeared in a number of national and regional commercials including Toyota, Under Armour and Dick's Sporting Goods, DC Health Link, CareFirst BlueCross BlueShield, and Navy Federal Credit Union (among others).

A native Washingtonian, she received her MFA from Actors Studio Drama School in NYC and her BA in Theatre performance from Beloit College. She works with the Griot Girls teenage social activism ensemble of FRESHH Inc. Theatre Company in Anacostia, DC. FRESHH is a grassroots Hip-hop theatre whose objective is to cultivate and celebrate the voices of Black women and girls in theatre. Through this programming, girls use Hip-hop theatre to create and present devised performances that depict their own struggles and stories of resiliency.

Daniella Weiser '99 graduated with degrees in Theatre and Psychology. Immediately after graduation, Weiser began to work professionally as a stage manager and free-lance scenic designer and scenic painter. After many years working in professional theatre and attending graduate school, she works as an Assistant Professor in Residence at the University of Connecticut Department of Dramatic Arts as their Scenic Charge Artist for Connecticut Repertory Theatre. 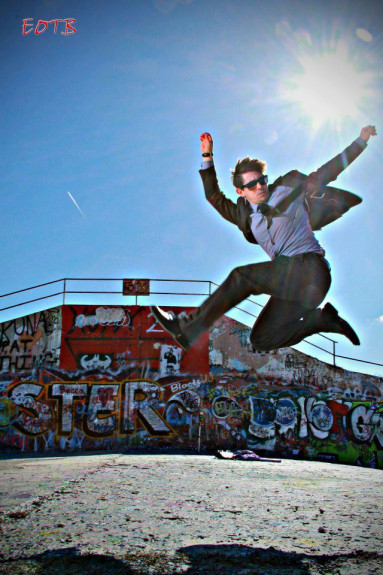 Joey Hernandez ’11 is a member of the National Dance Association, and artistic director of Resilience Dance Company (Rockford, IL) a pre-professional mentorship program.

Joey has had the privilege to set pieces for: Chicago’s Choreographers Carnival, University of Wisconsin-Whitewater, SueMo: A Dance Experience, Madison Contemporary Vision, and Beloit College’s Repertory Dance. Joey as contributed guest classes and award winning choreography for many dance studios and high school dance teams across the United States. He has had the great fortune to be a judge for Applause Talent, StarQuest, and Raw Energy Dance Talent Competitions as well as an international convention instructor for KickStart and Solid Ground Inc. In his most recent venture Joey has started an open class workshop series titled “Dance-4-Change”, to promote advocacy, awareness, and raise donations in support of the Crohn’s Colitis Foundation of America. (CCFA.Org)

Read about other DANCE alumni