A class of resilience

After the upheavals of the past few years, Beloit College Class of 2022 graduates have earned the right to list resilience as a skill on their resumes. Developing and maintaining resilience was a key message delivered at the college’s 172nd Commencement ceremonies.

“Future changes may not be as dramatic as a global pandemic, but even micro-level changes can throw you off balance if you don’t have the necessary resilience,” Commencement speaker Tori Key’03 told the graduates.

“My first challenge to you is to buck the status quo and make the future brighter for yourselves and all of us,” Key said. “We have too much at stake for anything less.” 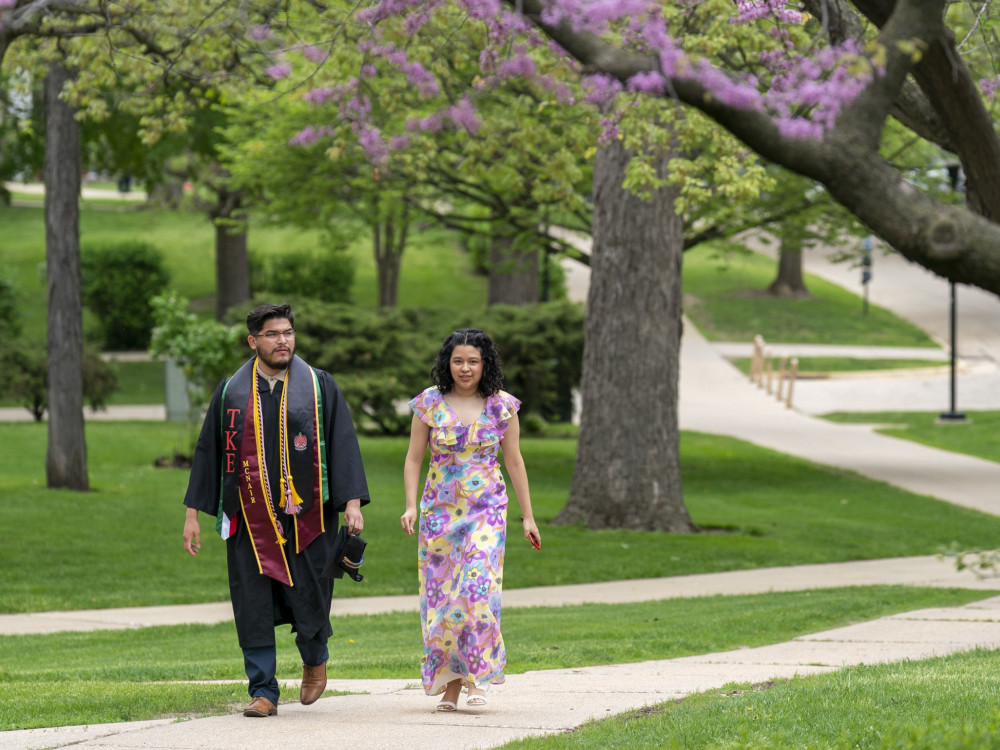 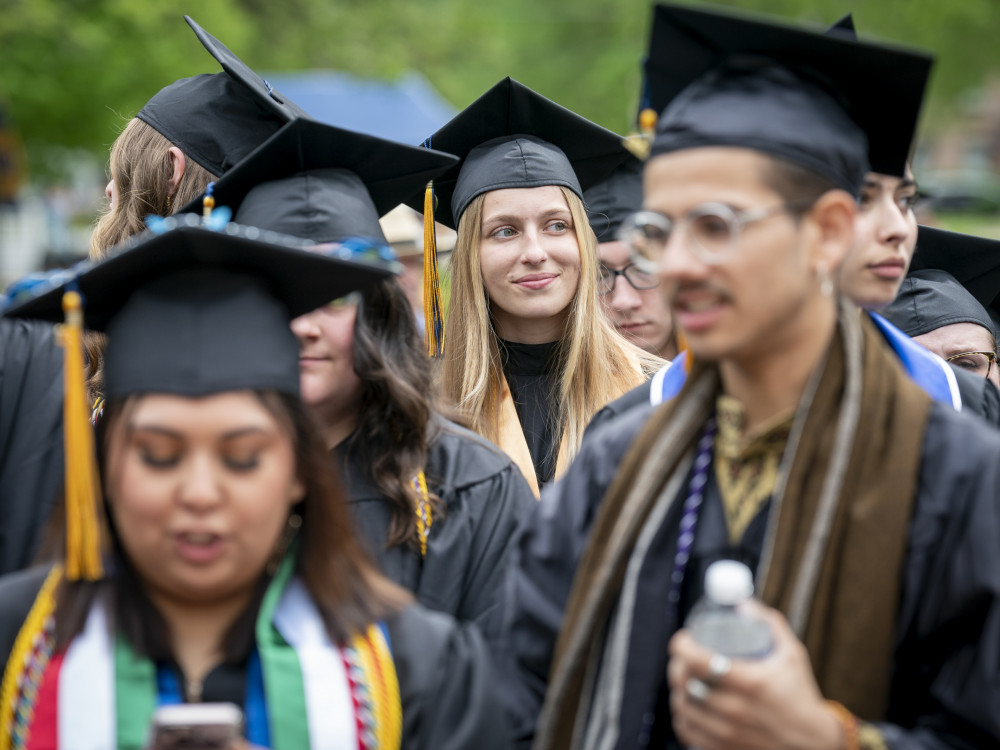 As they lined up, students passed the time making their final memories together as undergraduate students. 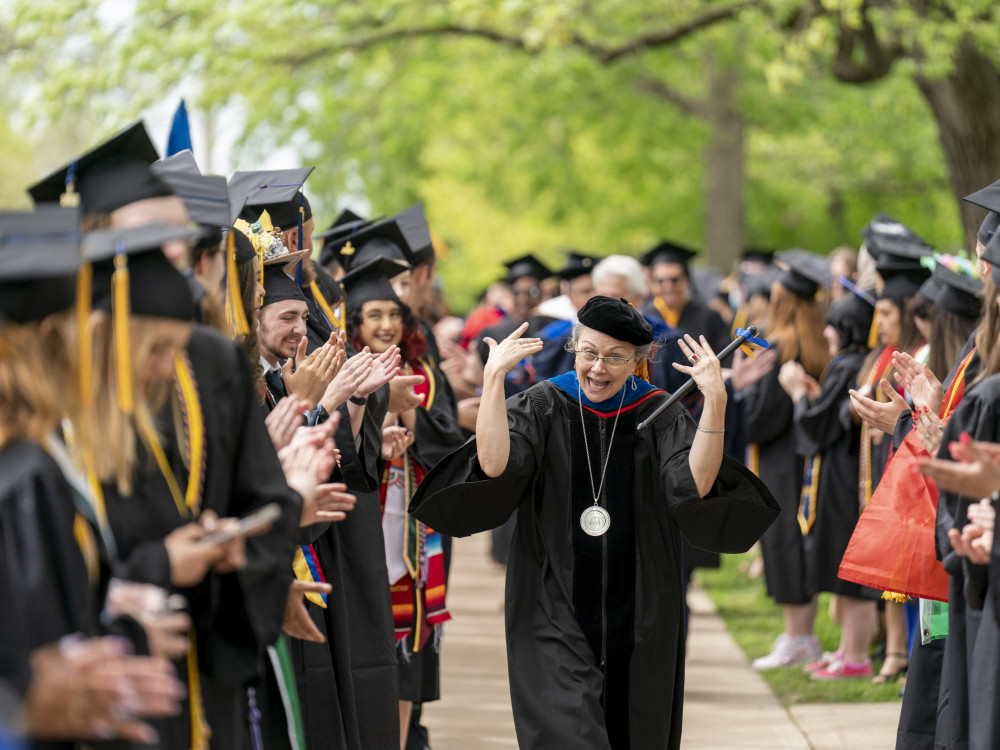 Head Marshal Shannon Fie began the processional by leading the faculty and staff through a corridor of soon-to-be graduates. 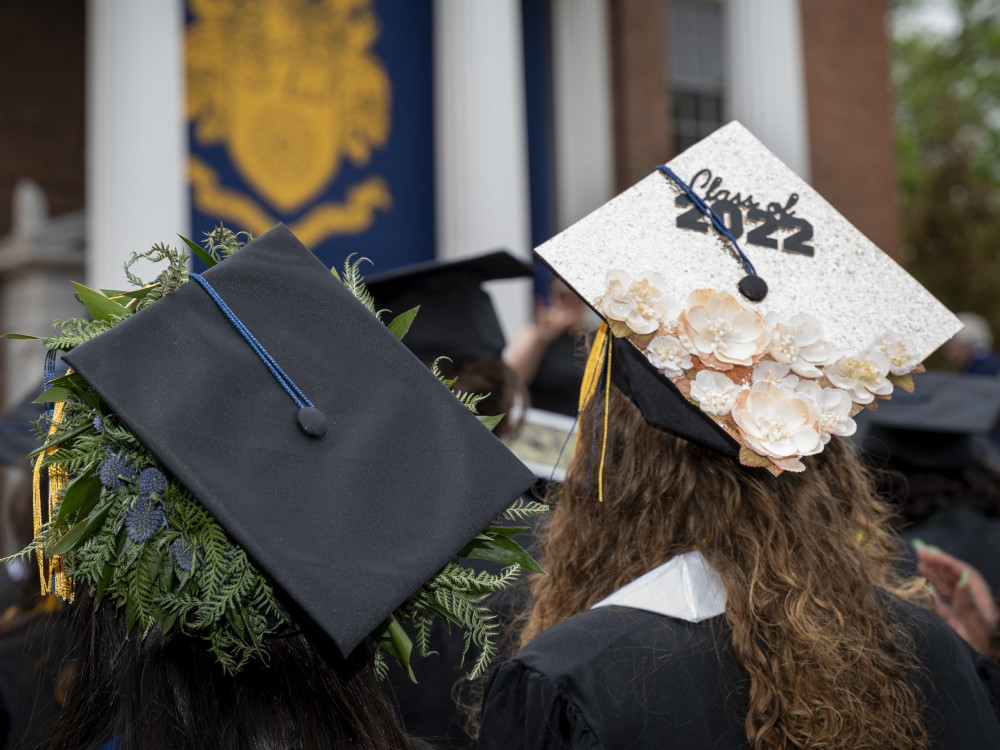 Beloiters came to their commencement ceremony decked out in uniquely decorated graduation caps. Tori Key’03 was chosen by the Class of 2022 to be their commencement speaker. Key challenged the graduates to maintain their resilience and, “buck the status quo.” 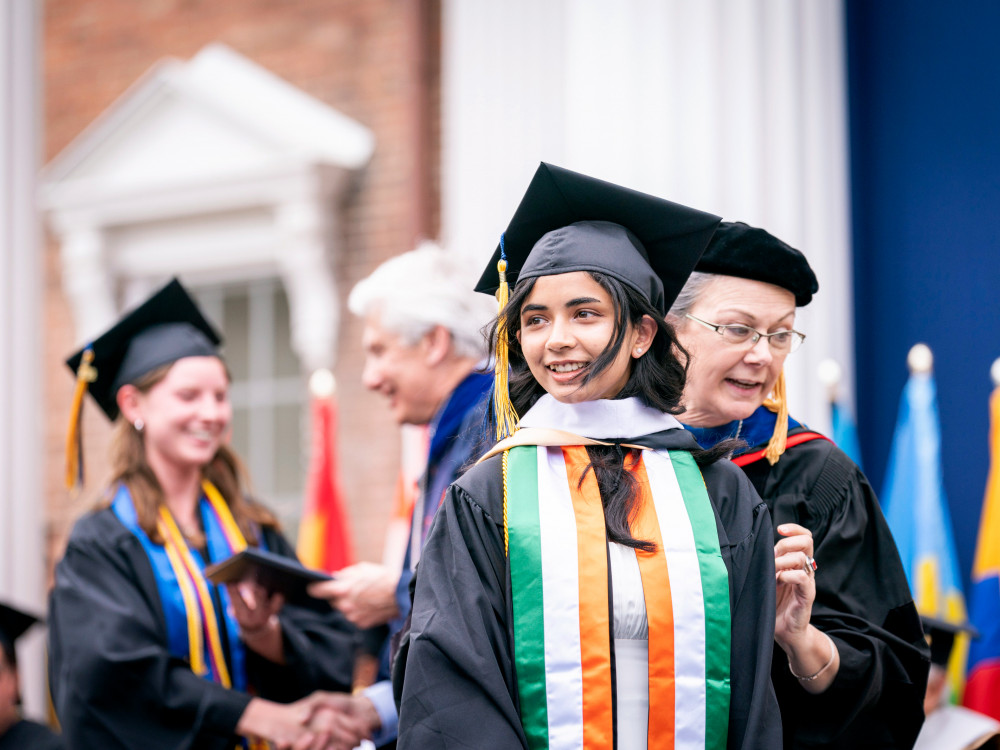 Umang Garg’22 was one of four students to receive honorary hoods as the top scholars among the candidates for Bachelor of Arts degrees. 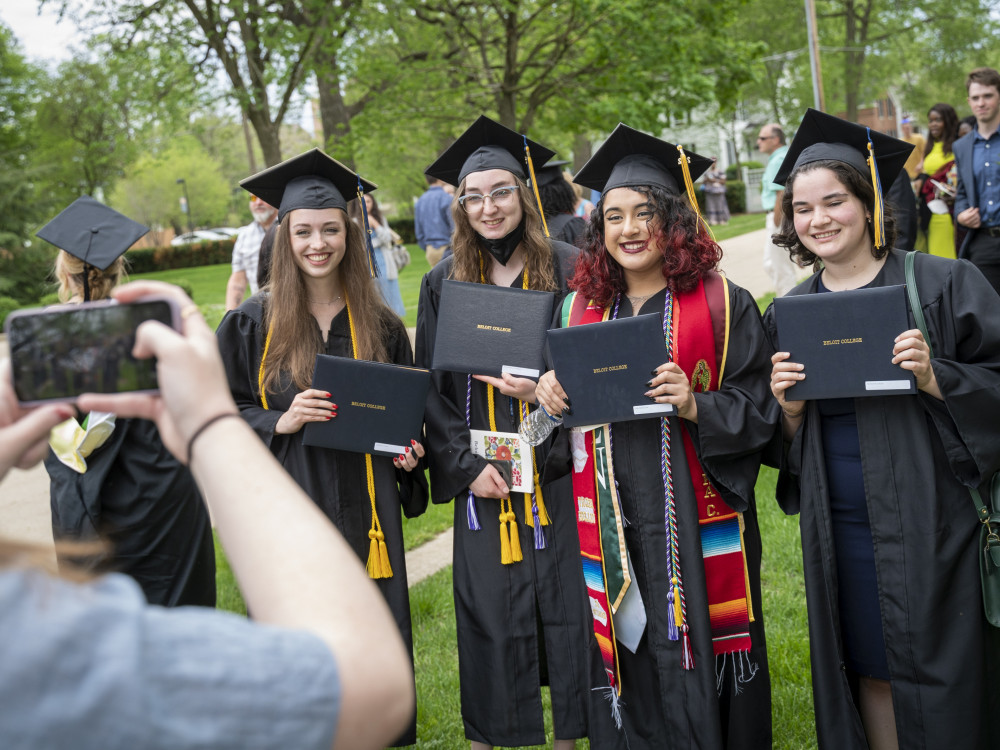 After the ceremony, friends and family gathered across campus to get photographs together and celebrate their accomplishments.

The Martha Peterson Prize, named after Beloit’s seventh president, goes to seniors who excel in academics and contribute to the Beloit College Community. Faculty members nominate students and the senior class votes on the final recipient.

On campus, Anna moved with ease between art and science as an outstanding biology teaching assistant and using exhibits to highlight social issues. The Alpine, Texas native led the Theta Pi Gamma sorority and assisted with the college’s Wright Museum of Art collections.

Anna’s advisors called her “an engaged, insightful thinker who is open to new possibilities.” Congratulations, Anna!

The Warren Miller Blue Skies Award honors graduates who shine good cheer and grace on the Beloit College community. The award was named after the 1960 graduate who brought humor to everyday life as a New Yorker magazine cartoonist.

The upbeat attitude of Silas Say’22 has earned him the 2022 Warren Miller Blue Skies Award. Silas graduated with a biology and health and society double major and a Spanish minor.

He was lured to Beloit College by football but once he got here his interests grew. He jumped into being a football team captain, an RA, an Advanced Mentoring Program teaching assistant, club leader and founder, and Student Excellence and Leadership program mentor.

Known for his “incredibly silly yet mature, determined, upbeat, and positive attitude,” Silas brightened up the campus with his smile. “The best part about Beloit is seeing the community that I love, the community that I belong to, and just being appreciative of that,” Silas said.

The Beloit College Class of 2022

They came to Beloit from all over the world. Every one of our graduating seniors has left their mark on our college, and now they’re heading back out to make change of their own. We can’t wait to see where they all end up.

You are the pride of Beloit.

We congratulate all our graduates.